Manuel Garrido, Álex Martín, Iván Oliver, Miguel Patiño, Carlos Rodríguez and Javier Serrano make up the team with which the Polartec-Kometa junior returns this weekend to the prestigious Tour des Portes du Pays d´Othe (France). An emerging event that summons the best of the category and in which 29 formations take part (twelve French, seventeen foreign) that line up six riders each.

The emerging French event, created in 2013 and which in 2016 took the leap towards internationalisation, has become a reference in its category. Proof of the interest generated by the fact that more than fifty teams had approached the organisation to receive an invitation was enough. The Fundación Contador was already present in that first international edition, with a good performance in which it even won the team time trial, and since then it has been a fixture. 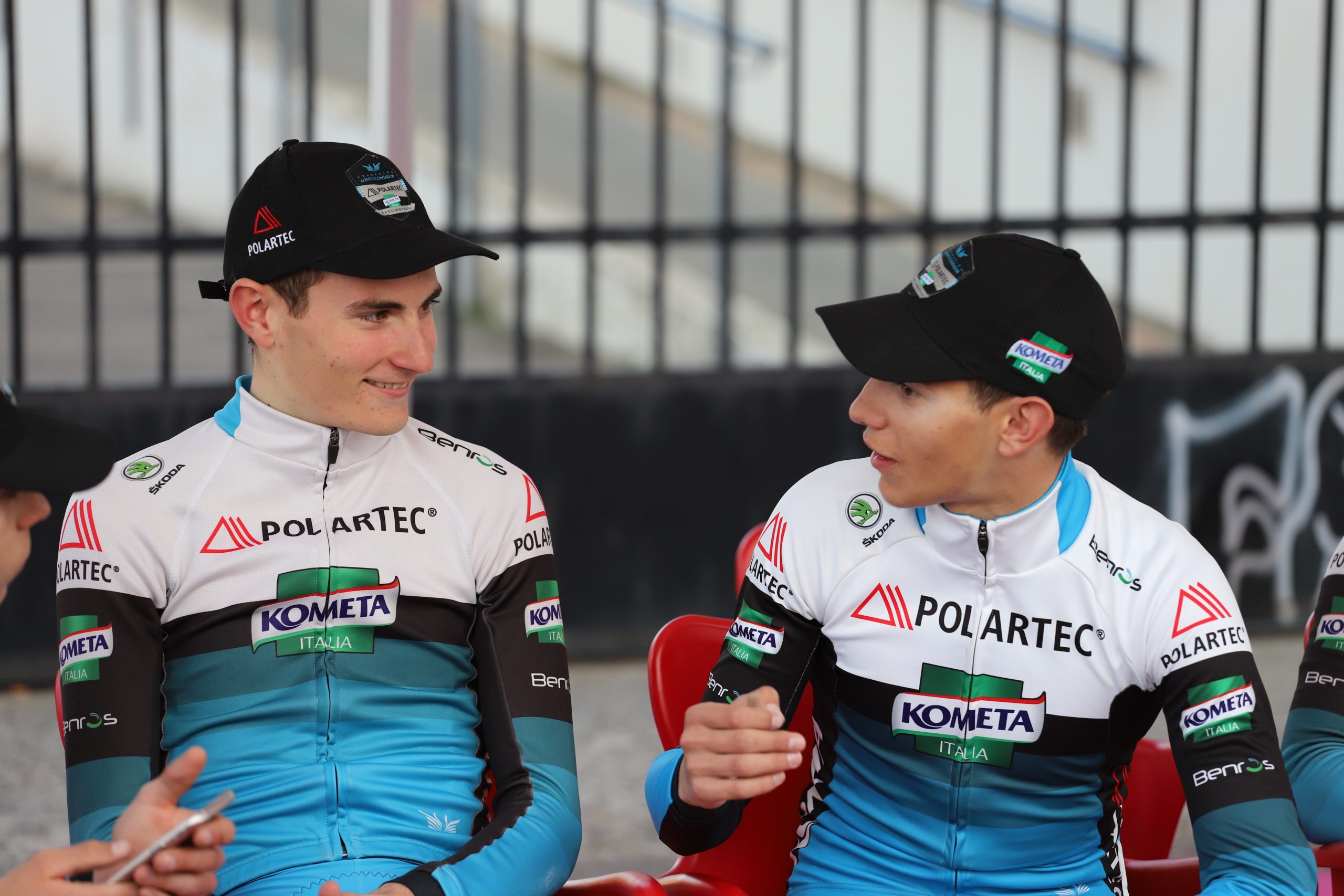 The test is disputed in three stages. The first one, online, will take place on Saturday, with a broken profile at the end. Sunday morning’s menu features a team time trial with the Côte de Chennegy in the middle and the second sector in the afternoon, an online stage that will be the hardest. The steps along the Côte de Vauchassis and again, up to three times, Chennegy’s, will mark the future of the competition.

“In the first stage we will have to be very careful”, explains the director Guillermo Gutiérrez; “many of the riders have not yet raced internationally and speed, along with nerves and falls, is a key factor to take into account. It will be a 93.5 km stage with four scoring ports, although nothing to do with the ports we are in Spain. They are rather long elevations that resemble those of the Belgian classics. The main thing of this stage will be to be in front, to avoid falls, and to have the strong men of the other teams under control, who will surely try at some stage”.

“In the morning team time trial, we want to show our strength as a team, given our record in this discipline. In the third stage, the winner will be decided. It is true that the time trial will make a difference, but I do not think it will be decisive because of the four scoring ports in the second sector. These climbs, along with the high speed at which you will run, will be key. In addition, the last port is only six kilometres from the finish line”, he adds.

“Our main objective is to learn another type of cycling in which speed, tension and wear resulting from continuous cuts are the usual tonic. I think the team is very capable of fighting for the individual general classification, but we have to be cautious and go from day to day, trying to consolidate our position in the general classification. After the CRE we will be able to draw our conclusions on how to face the last and decisive stage”, concludes Gutiérrez on the goals of the training in this test.