Six seconds separate the Andalusian José Luis Medina from the third place on the provisional podium at the Victor Cabedo Memorial 2020 and the Alberto Contador Foundation’s youth team is aiming to take that first step forward. The income achieved by Juan Ayuso in Segorbe has made the day-to-day running of the tournament much easier, but both the Castillo de Onda Trophy and the Memorial Juan Bautista Llorens, the latter also a member of the Spanish Cup, have ground to move the race.

The finish line next to Onda Castle on Saturday will have to be reached after climbing the Alto de Vistabella, 1,240 m, and facing a very demanding previous terrain. On Sunday, in Vila-Real, there will be another leg-breaking stretch of land where battles can be fought and a final part that is certainly favourable. 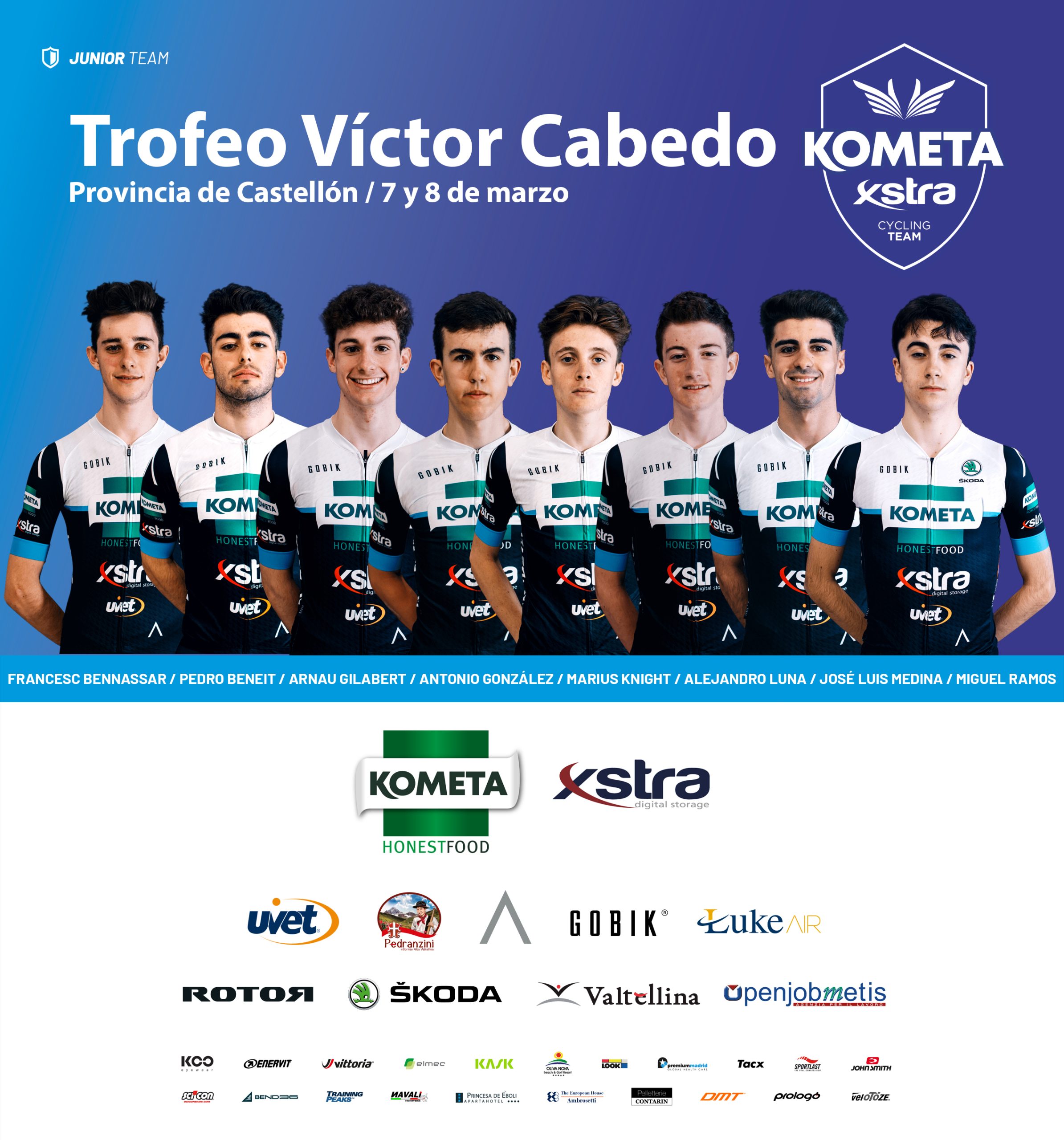 Frances Bennassar (who joins the team to replace David Gimeno, still recovering from a fall at the last Circuito del Guadiana), Pedro Beneit, Arnau Gilabert, Antonio González, Marius Knight, Alejandro Luna, José Luis Medina and Miguel Ramos make up the ‘eight’ of the Kometa-Xstra junior for this second and final weekend of the Cabedo. “Personally I am looking forward to make my debut in the junior squad and to do it well. I’m sure we’ll do a great teamwork to get the best results,” says Ramos.

Guillermo Gutiérrez, director of the Kometa-Xstra Cycling Team junior: “After the way the first weekend of the Cabedo Trophy went, we are aware that the final general classification is difficult, but two days are coming where there is plenty of ground to test the strength of the rivals and we have the special illusion of getting one of our own on the podium. The Guadiana Circuit left us a good taste in our mouths. Ours is a training project and without a doubt these next two races will bring important lessons for the kids”.