In the queen stage, a revolution. In Brenes, the great port of the Tour of the Besaya, the springboard to the top. Barcelona’s Arnau Gilabert won the final general classification of the 2020 Vuelta al Besaya after recovering his disadvantage of 2:36 in the last stage with respect to the leadership of Juan Ayuso from Alicante. The victory of Gilabert was based on a great initial collective offensive of the Kometa-Xstra Cycling Team and was allied with the bad luck of the leader. With the offensive they also arrived up to three final secondary classifications: teams, flying goals and mountain.

Up to five riders from the team led by Guillermo Gutiérrez took an early cut of seventeen units that was soon also inspired by MMR riders. A group where the leader was not there after suffering a mechanical failure. Pedro Beneit, Francesc Bennassar, Alejandro Luna and José Luis Medina accompanied Arnau Gilabert in this offensive, emptying themselves to open up a gap. That leading group would knead almost two minutes on a first group where Jorge Gutiérrez was rolling, with the until this Sunday leader traveling to more than five minutes. 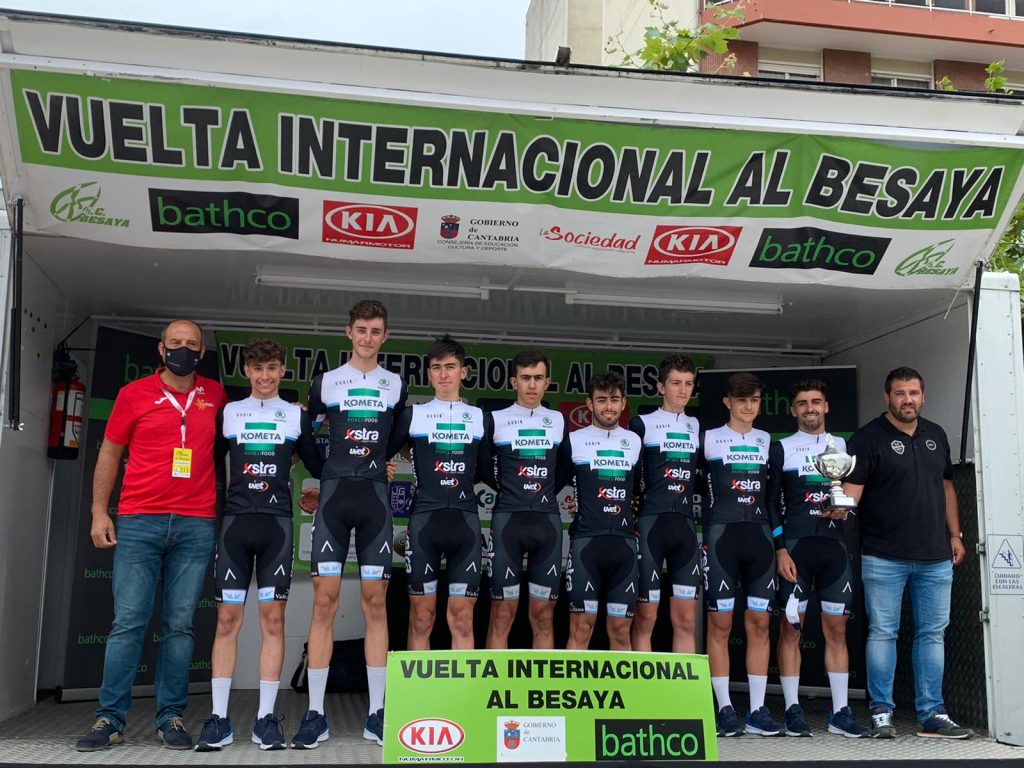 The passage through the Collada de Brenes Brenes left five riders in the lead, Enekoitz Azparren, Daniel Cavia and on behalf of the José Luis Medina Foundation, Alejandro Luna and Arnau Gilabert. A quintet that was running with more than two and a half minutes over the next group, which was approached from behind by Juan Ayuso. In Cieza, the last orographic difficulty of the race and with its summit less than fifteen kilometers away from the finish line, Gilabert and Azparren left. The Basque collaborated intensely with the Catalan to maintain some differences that at that moment indicated that Juan Ayuso came to less than four minutes. At the finish, in a mistake that the runner himself would admit, Gilabert sprinted and took the victory.

“This Vuelta al Besaya was a goal since the beginning of the year. Some days things go well, others badly. Yesterday it was the second. But until the last finish line, everything is possible. Today the circumstances were right. It’s the biggest victory of my life and the truth is that I can’t say anything. I want to thank the whole team, without them it would not have been possible to achieve this. I’d also like to dedicate it to my grandfather, who left us at the beginning of the year,” explained Gilabert. The Barcelona-born player also expressed his disappointment at the partial victory: “I’d like to apologise to Azparren. We had talked, he did a great job. Because of a misunderstanding by the station esprinté. I was going for the lap, not the stage. I want to apologize to him. This victory was his.

The victory of Arnau Gilabert in the general classification of the Tour of Besaya means the third consecutive victory for the young team of the Foundation in the Cantabrian race after those of Álex Martín (2018) and Carlos Rodríguez (2019).

Guillermo Gutiérrez, Director of the Kometa-Xstra Cycling Team: “We had planned to start from the start and put two or three riders in the break to do the work up front. In the end there was a breakaway of fifteen riders, with five of our riders, and there was the race at the end with the circumstances that occurred. Francesc Bennassar and Pedro Beneit, with the MMR riders, did a great job right up to the foot of the Collada de Brenes”.