The catalan rider Joel Díaz finished eighth this Sunday in the premiere of a new U19 race that is born with great expectations for the future, a Clásica Navarra Nafarroa Klasikoa in which the victory went to Frenchman Maxime Decomble. The Barcelona rider, weighed down by cramp problems, could not get more involved in a finish that the Frenchman from Velo Club La Pomme Marseille had dynamited with a breakaway in the final kilometre.

The Navarre race started with a demanding course, rain in the first kilometres and increasing heat in the decisive phase. Several climbs punctuated a route that included a ‘sterrato’ section halfway through, a sector that caused a large selection in the participating peloton. After the ‘sterrato’ section, a quintet was formed by the Frenchmen Maxime Decomble and Vicent Bodet, the Australian William Eaves, Arnau García and our Hungarian rider Balint Feldhoffer.

The quintet would lead the race with a minute’s margin over a group of about thirty riders where the junior structure of the Contador Foundation was represented by César Pérez, Nil Aguilera, Álex García, Lucas Guillermo and Joel Díaz. After the pass over the Alto de Tirapu there was a neutralisation, while the last pass over the wall of Artajona made a final selection: Arnau García at the front with about 20 riders chasing him at about 20 seconds. García would be caught and Decomble would take some fundamental metres in the final stages.

Balint Feldhoffer: “At the first part of the race I didn’t feel strong and I rode in the middle of the peloton, but after some climbs I felt better and around km 70 I attacked amd made a breakaway with 4 more guys. We worked hard but the peloton caught us at 95 km. And on the last climb I couldn’t stay with the peloton but I felt satisfyed”.

Guillermo Gutiérrez, U19 sport director: “Very nice this new race. Very nice and very hard. Demanding terrain, which does not allow for relaxation, which requires teamwork. After the efforts of the Spanish Cup today we wanted other riders to take the offensive lead. César, Álex and Lucas have been very attentive going out to many movements, but none of them have been able to consolidate. A special mention for Balint, who did a great race and managed to be in the good breakaway and, once caught, helped his team-mates in the final pass over the Artajona climb”. 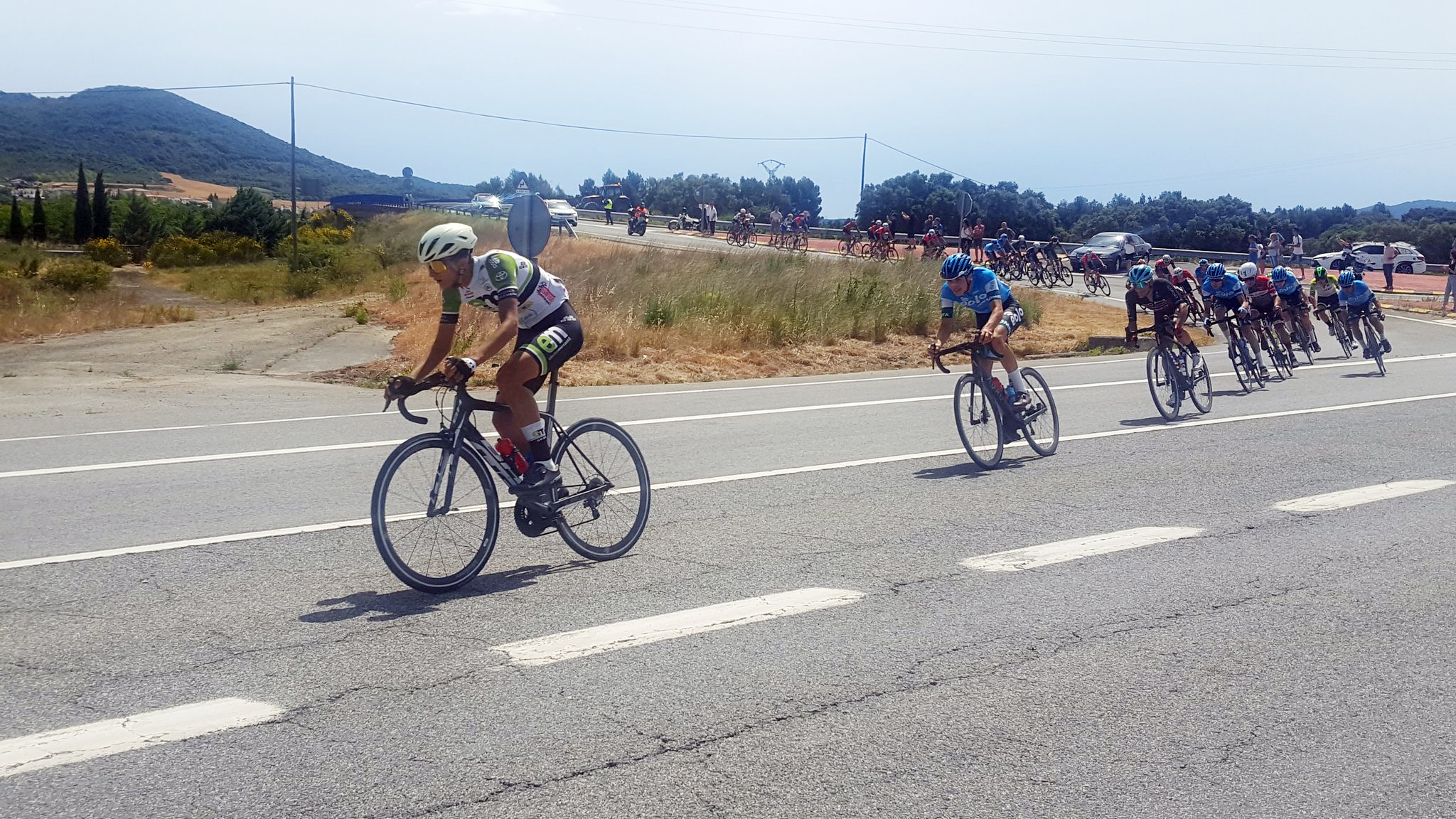