Carlos Rodríguez from Granada became the first leader of the Spanish Junior Cup, a competition in which he defends the title, after winning the XIII Joan Bautista Llorens Memorial in Vila-real this Sunday, a competition that simultaneously hosted the last of the four that make up a Víctor Cabedo Trophy, in whose final overall was won by Javier Serrano from Madrid. A valuable double for the Kometa Cycling Team junior in a race in which one of its riders has always won in the final general. 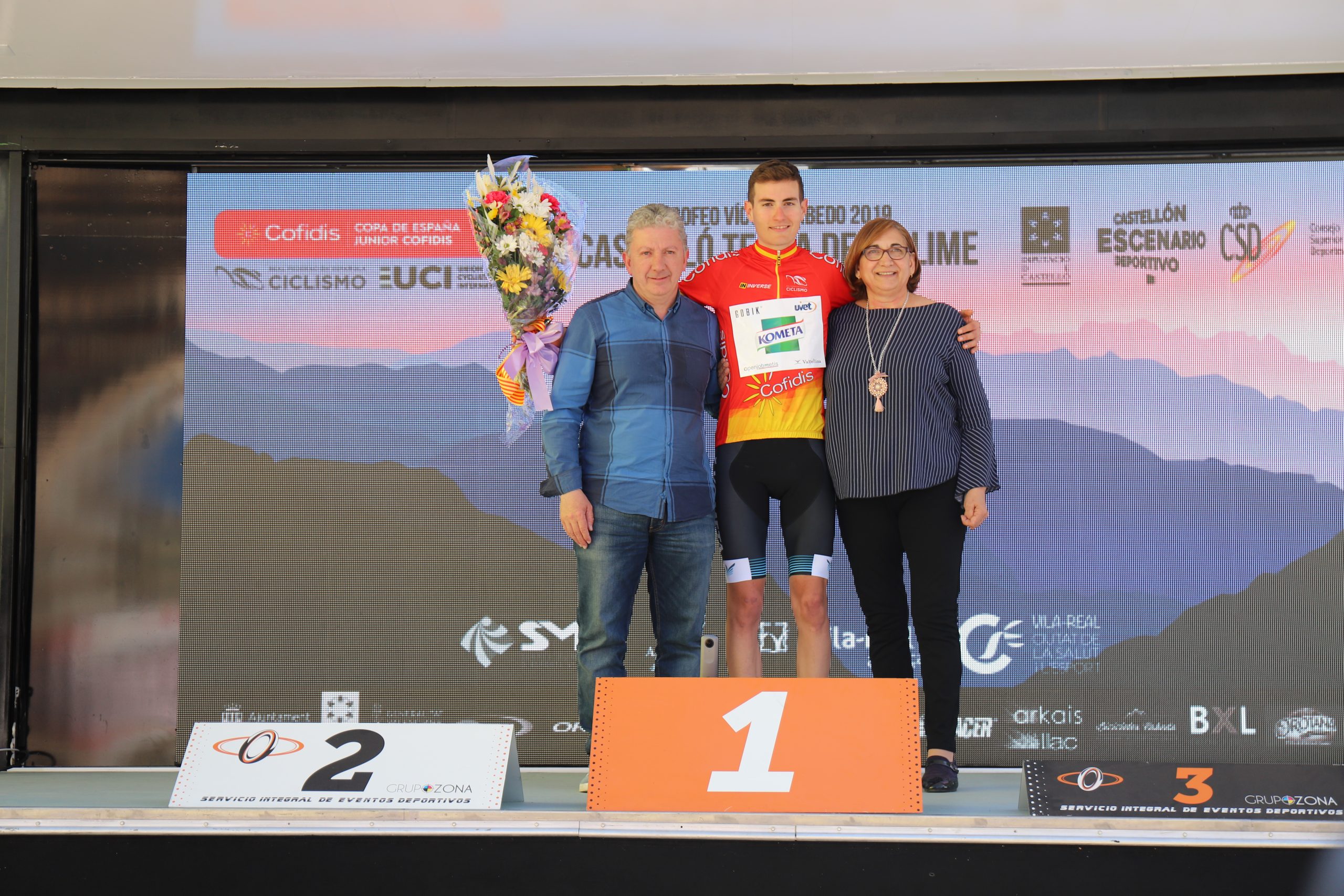 The cyclist from Almuñecar launched an indisputable attack in the last climb of the race and started a solo ride during which he rode with more than a minute and a half of margin on a first chasing group of nine units in which the Kometa Cycling Team had the presence of up to five riders. While Rodríguez was flying towards the finish line, behind him there were a series of attacks carried out by the riders of the Madrid team that ended up forming a group of four cyclists: Raúl García, Fernando Tercero and Javier Serrano, on behalf of the Kometa Cycling Team, and the Colombian rider of Bathco Alejandro Brandon Rojas.

This quartet would finally reach the finish line one minute away from Rodríguez, who with this victory scored his second success in the Trofeo Cabedo 2019 after the one won in the Trofeo Castillo de Onda. With four riders of the Kometa Cycling Team in the first four positions, the junior formation of the Alberto Contador Foundation reinforced its triumph in the overall team and concrete a full triumph in the event castellonense, a circumstance that already happened in the edition of 2014. 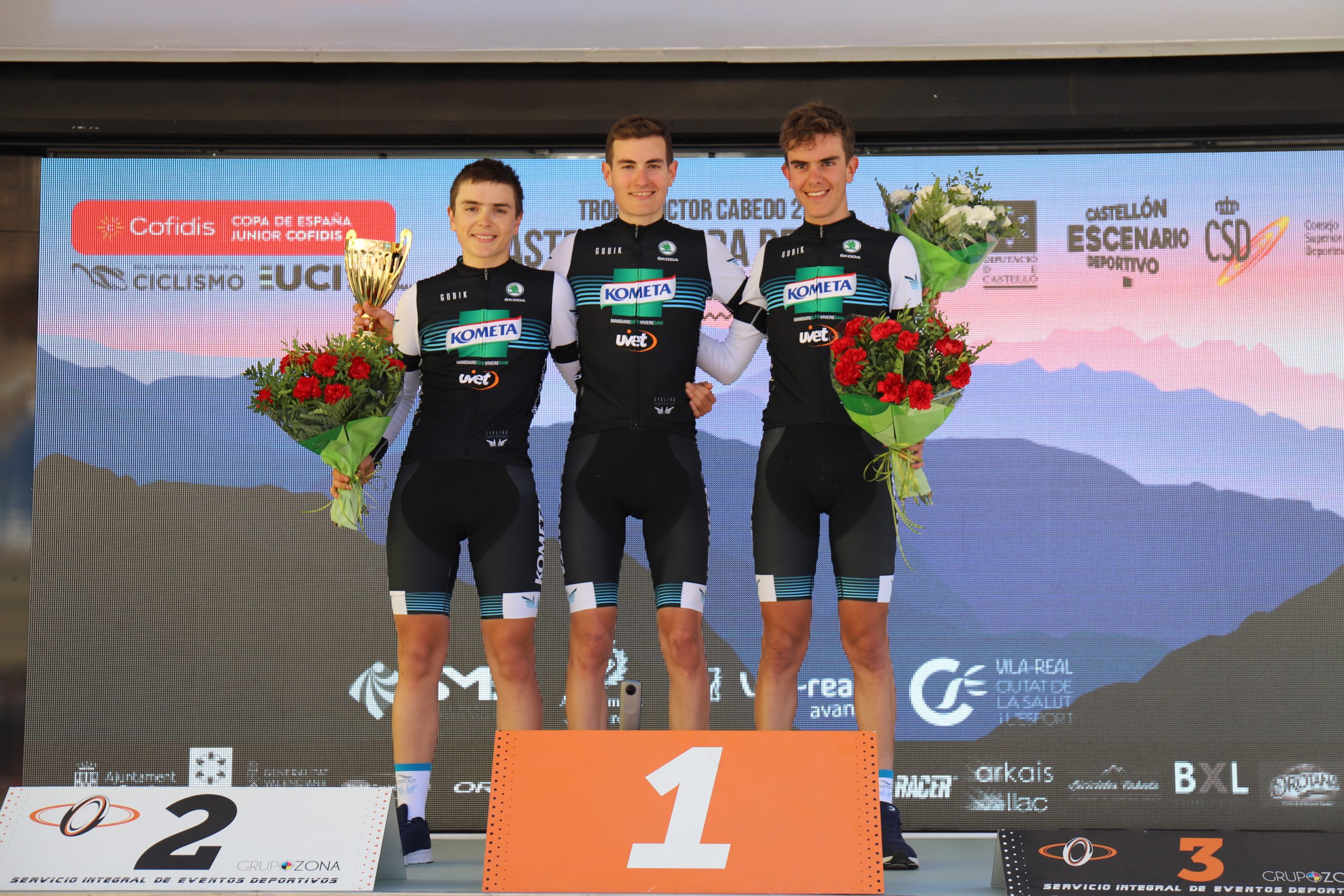 Carlos Rodríguez, winner of the Joan Bautista Llorens Memorial and first leader of the 2019 Junior Spanish Cup: “I faced my first block of races of the season and the truth is that the sensations have been quite good, I felt quite well. I had a race rhythm and that’s the most important thing. From the first moment I attacked I saw myself with good legs and the truth is that I could not be happier both for my good result and for the performance of the whole team, which has done a fabulous job”. 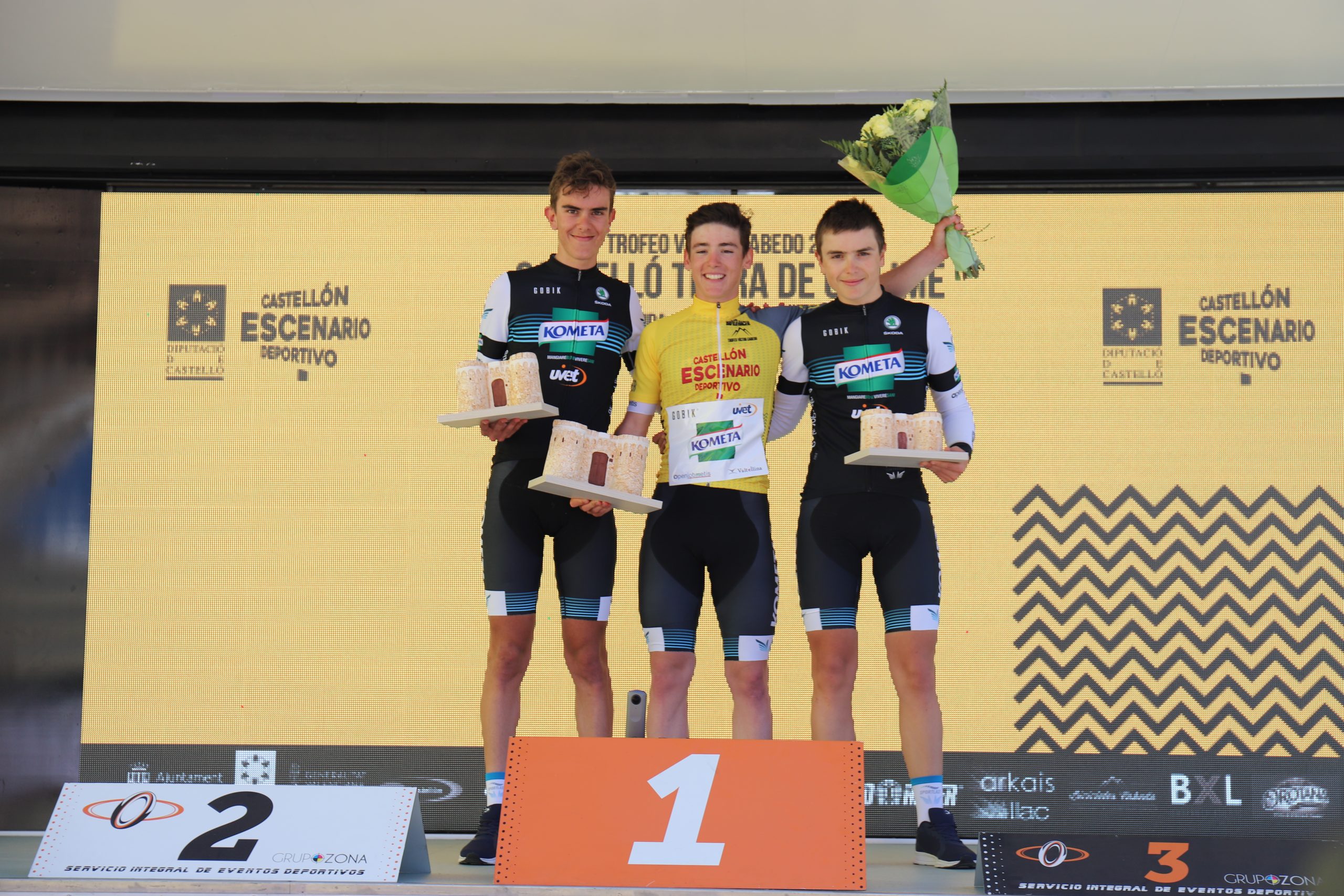 Javier Serrano, winner of the Trofeo Cabedo 2019: “I am very happy because this race was one of the objectives that I had set at the beginning of the season and now it’s time to enjoy what I’ve achieved. In general I felt good, although in the climb, I don’t know if it was because of the heat, I started to have bad feelings. Thanks to the teammates I was able to crown quite a bit ahead. Then we launched a group of about ten riders in the descent where we were several companions. We started to start until Raúl, Fernando and I left with a Bathco”.

Guillermo Gutiérrez, director of the Kometa Cycling Team: “The team has again been ten. I’m super proud of the development of the race. Obviously these exhibitions are not usual. The great work that the boys do in their training sessions, at home, can be seen on the roads and then the great group they make up translates into victories. The block, the team, is the maximum, and in this sense the kids are doing a fabulous job.  Uphill is where we can make a little difference. We knew Carlos’ attack would be very hard and consistent. In the back group, when ten riders were riding, I asked them to select that group, always with the present idea that Javier was the leader and we had to support him”.