The Spaniard Carlos Rodríguez ascended to the leadership of the Vuelta al Besaya after finishing second in the stage queen, the very hard end in the Alsa Reservoir where the Cantabrian junior Iván Cobo Cayon (Aseguradoras Produque) won. At the mountain summit, a demanding eight-kilometre climb with ramps of up to 11%, the Catalan Álex Martín rounded off the celebration of the Polartec-Kometa with a third place that took him to the second place, 30 seconds behind the new leader, in the general classification. 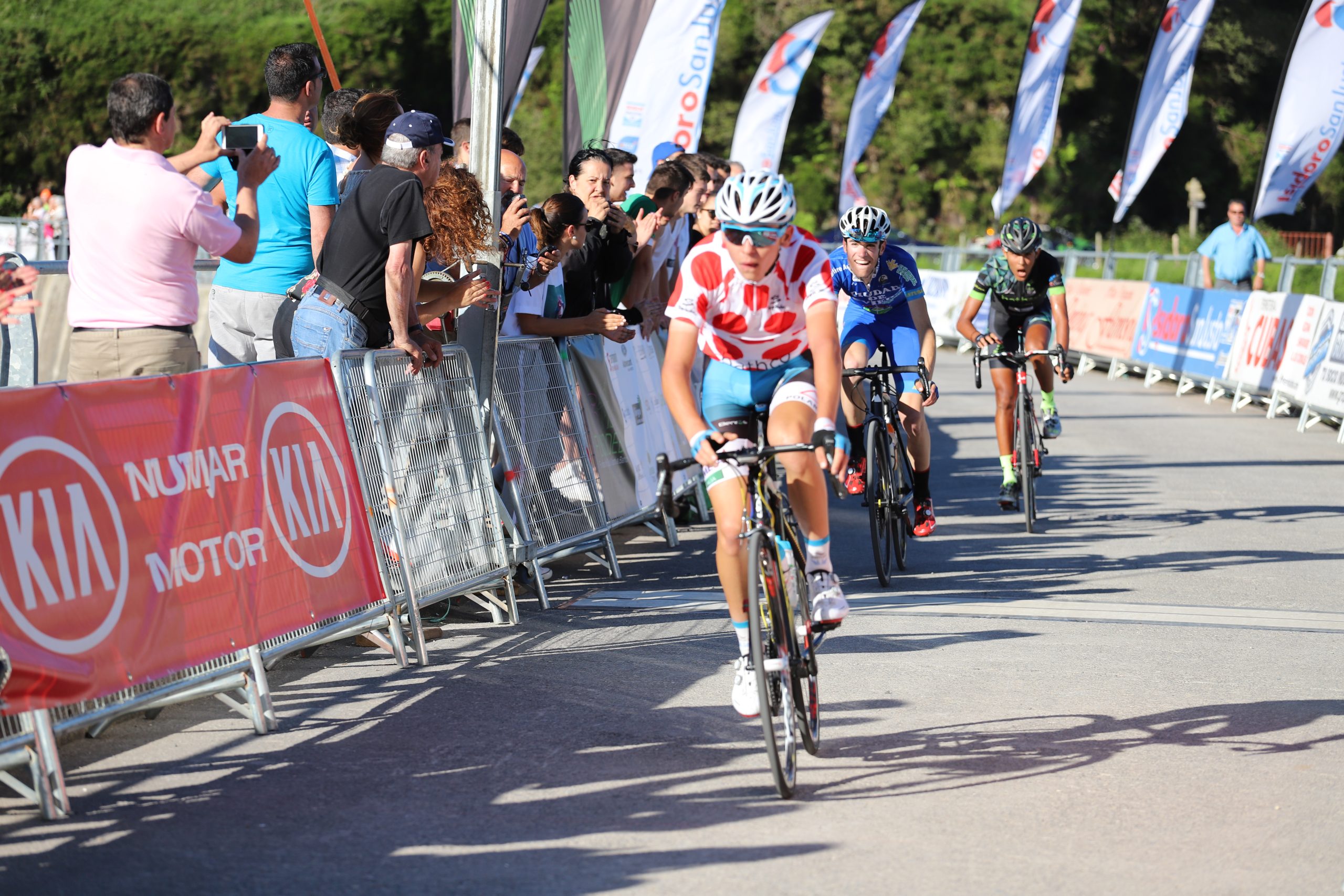 On another busy and intense day, as this is the fate of junior cycling, it was the unprecedented final ascent that, as expected, ruled the resolution of this third fraction of the Cantabrian round. All the way to the port, lots of moves. Manuel Garrido or Javi Serrano were two of the Polartec-Kometa riders involved in these numerous skirmishes.

In the climb up to Alsa, with Bathco setting a strong pace and leaving only ten riders in the lead, the current leader David Vilches ended up fainting. Half way up the climb, six units, including Carlos Rodríguez and Álex Martín, led the race. Martin and Abner Gonzalez (Bathco) would pass to the attack within the last four thousand meters, without success. Rodríguez, three minutes from the end, would take over from Ivan Cobo and end up riding with him.

From the Alsa reservoir, in addition to the leadership and second place in the general standings, the Polartec-Kometa leaves with the leadership of the Álex Martín mountain, the points of Carlos Rodríguez, also the leader of the first year junior general, and above all a substantial reduction in the general team, where the Madrid formation is second, but only two seconds from the Tot Net-Terrassa.

The Vuelta al Besaya concludes this Sunday with a fourth stage of 101.5 kilometres between Castañeda and Los Corrales de Buelna in which the Alto de Hijas and, above all, the ramps of the Collado de Brenes and the Collado de Cieza emerge as major obstacles to manage.