One year after his second place, the highest draw on the podium. Carlos Rodríguez from Granada conquered the final general of the Vuelta al Besaya Internacional after a last stage in which the Kometa Cycling Team rounded off its booty with a new great group performance that materialized in Raúl García’s victory in this last fraction and the success of the Alberto Contador Foundation junior formation in the always valued overall by squads. 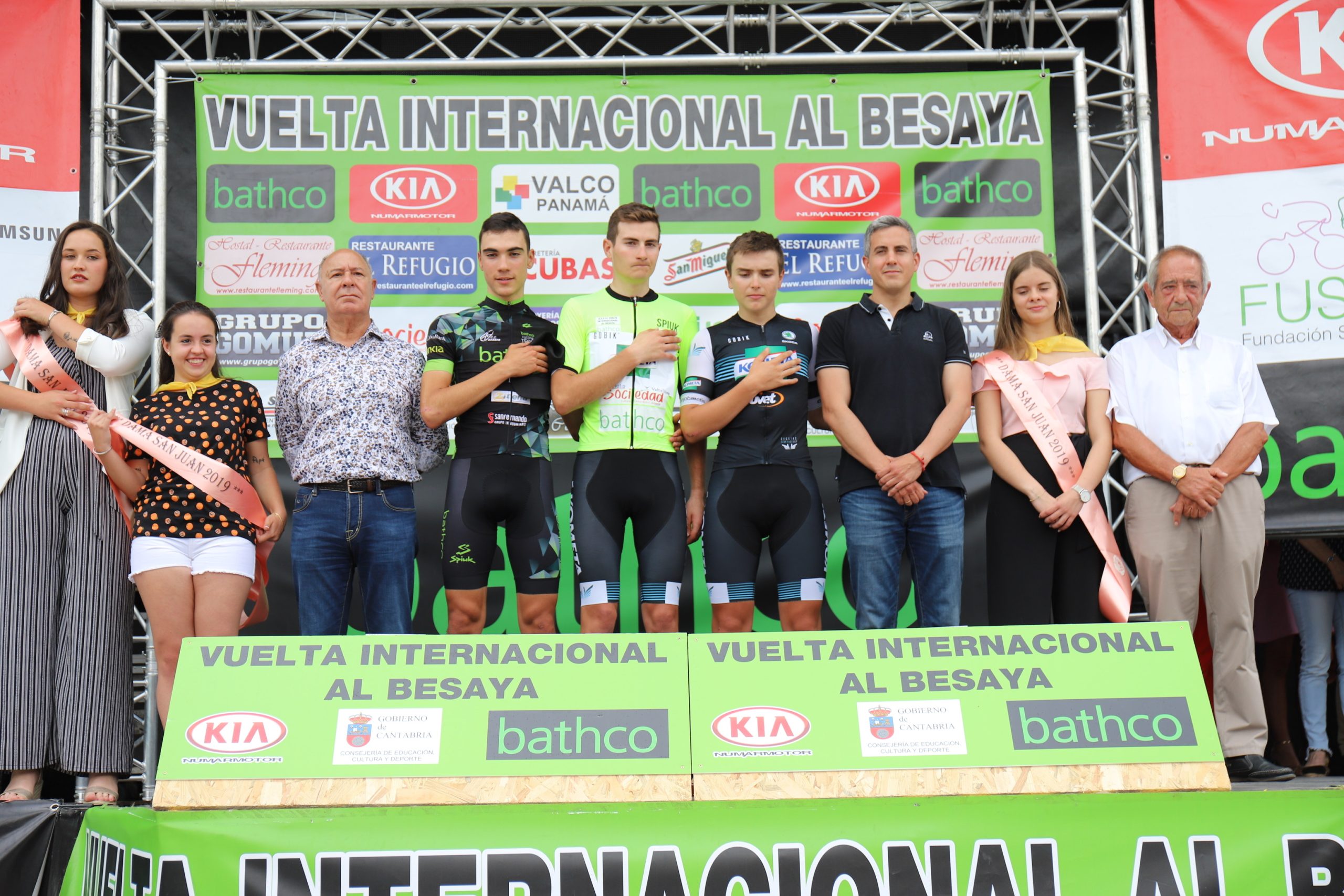 Rodríguez, double winner of the Vuelta al Besaya in the cadet category and second overall in the final of a 2018 edition in which he became the provisional leader until the last day, did not give room for surprise with a great ascent to the Collada de Brenes in which he selected the race and generated a very favorable race situation. A yellow jersey without fissures.

In the great port of the Cantabrian round, a climb of great harshness, more than twenty minutes of effort and a technical and complex descent, the Granadino stood out in the head of the race with Alicante Juan Ayuso (Bathco) and two ‘kometa’, Raúl García from Madrid and Fernando Tercero from La Mancha. The absence of Madrid’s Pablo García (Salchi), second in the provisional general standings, stimulated rapid collaboration within the quartet.

The four riders rolled with twenty seconds on an OIJD pair, Pablo Carrascosa and Alejandro Piquero, who maintained a pulse to try to reach the head of the race first and minimize that advantage later. Fifteen kilometres from the end, on the first ramps of the Collada de Cieza, the difference increased to 40 seconds. The race was ahead. Rodriguez did not hesitate to make preparations for the arrival to Raul Garcia, who imposed his speed ahead of Ayuso and the Andalusian runner himself, finally third in the Avenida de Cantabria de Los Corrales de Buelna. More than a minute later the Carrascosa, Piquero and company began to arrive. 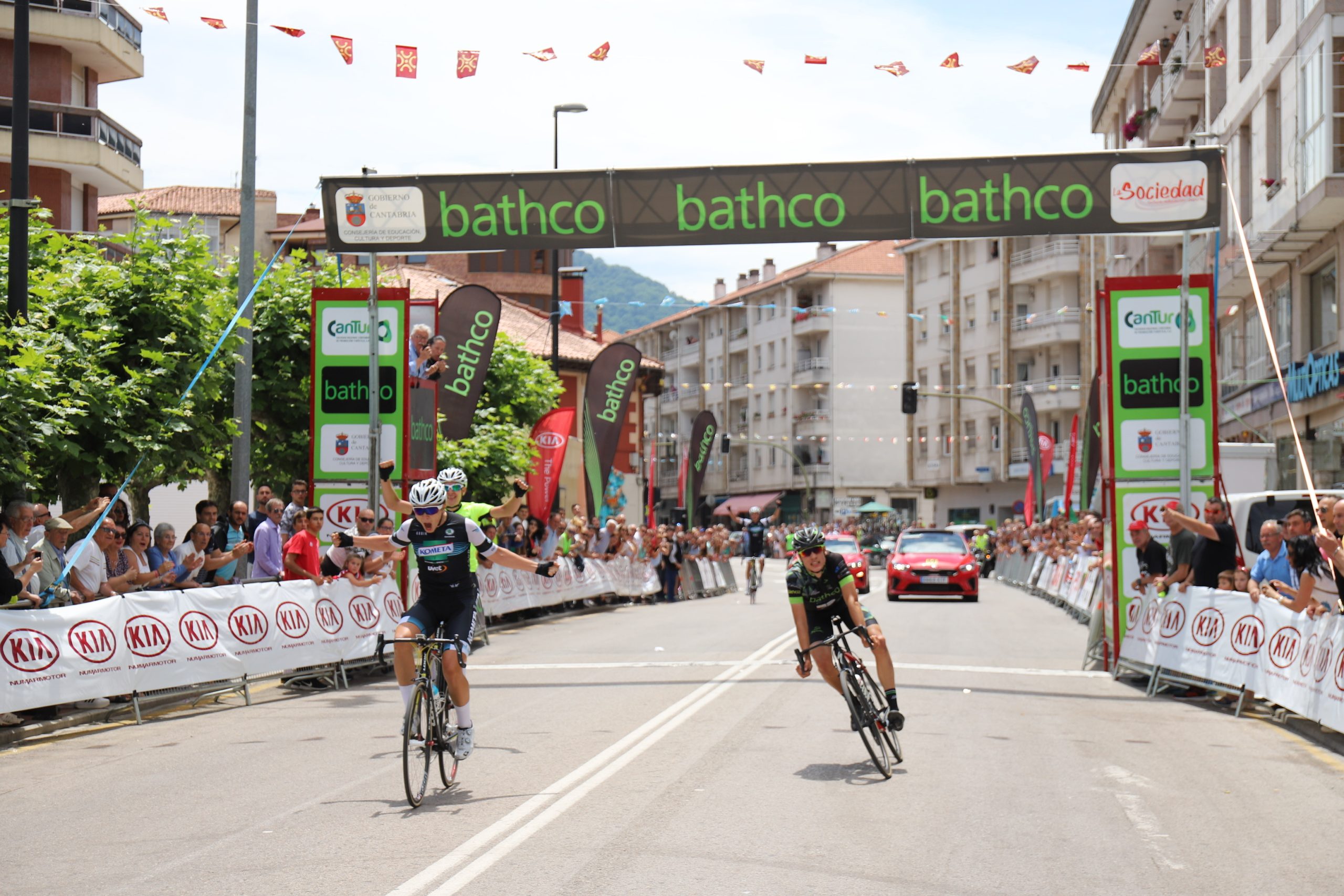 In the final overall Raúl García managed to climb to third place on the podium, while Fernando Tercero finished fourth. The triumph in the general team came to recognize the great work of the sextet of the Madrid formation, which this Sunday would lose José Luis Medina as a result of a fall in the descent of the Alto de La Montaña. The Cadiz, first year junior, had to retire with a heavy blow to his right hip, although medical tests ruled out any serious injury.

Raul Garcia, winner of the last stage: “The fact that the second overall stayed in Brenes generated an interesting situation for us. We were three teammates and we could understand each other well with Ayuso. The most important thing was to maintain the leadership and, if there were options to fight for the stage, to dispute it”. 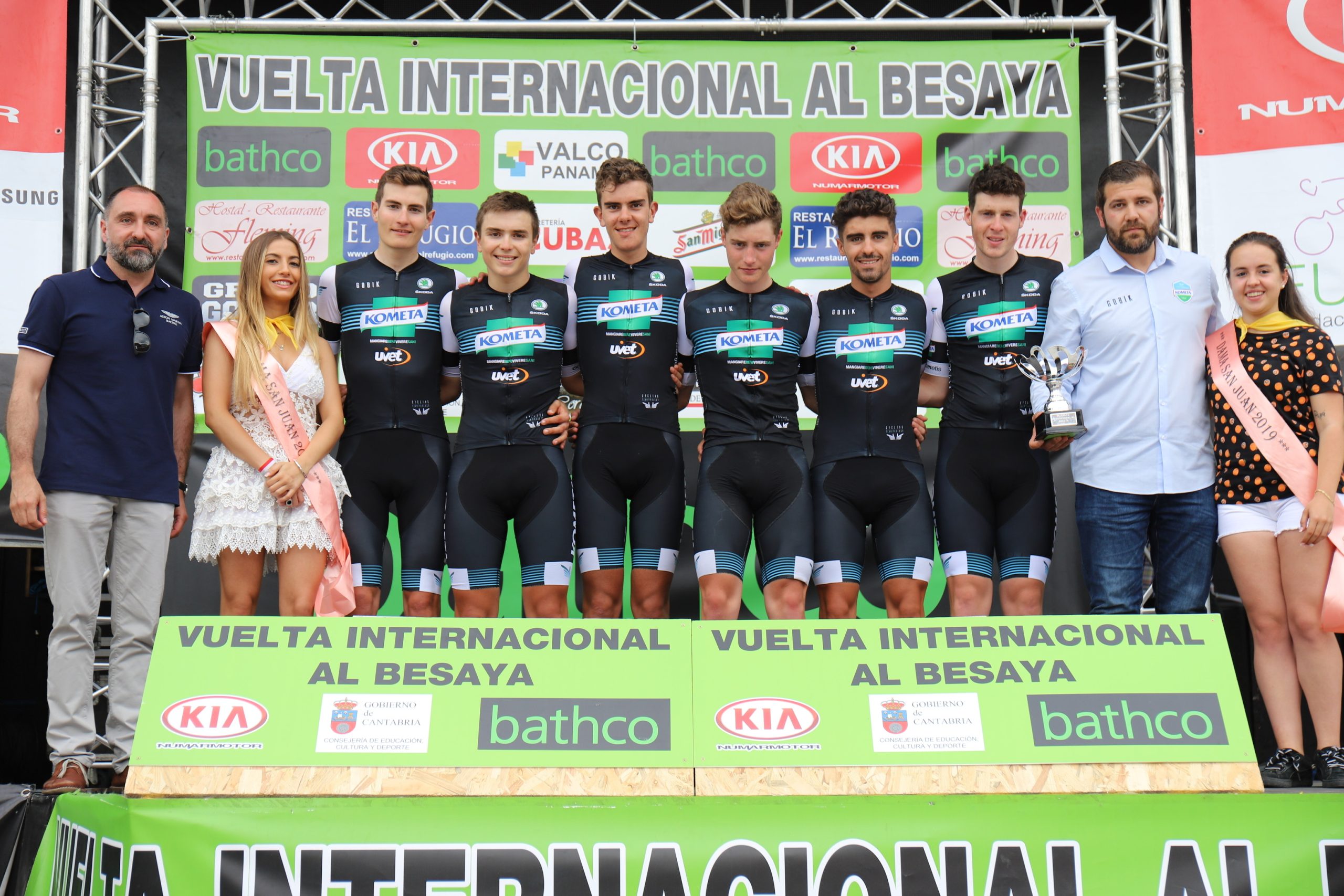 Carlos Rodríguez was asked after his victory in the general final of the Vuelta Internacional al Besaya if it meant removing a thorn after finishing second in 2018, when his then colleague Álex Martín won (this season in the U23 team of the Alberto Contador Foundation): “I don’t know if it really means removing a thorn, but I am very happy to have been able to achieve it. Anyone always likes to win, but it’s not always possible and you have to understand the circumstances of the race.

“The most important thing was that the general classification of the Vuelta remained in the team and it is something that could have been achieved”, says Rodríguez. “We had three objectives within the team: to win the general classification, to achieve the victory by teams and for all of us to be and finish well, which is the most important thing. It could be done. For me, personally, the feeling of having a team behind you from the first moment is indescribable. I’m super grateful for that. It’s a victory I want to dedicate to my family for their unconditional support, but also to each and every one of my teammates, both runners and members of the structure.