Sprint resolution in San Esteban de Gormaz, the Soria stop of this edition of the Vuelta a la Ribera del Duero, with a double for Acrog-Tormas in the hands of first-year junior Liam van Bylen and his teammate Victor Hannes, with leader Antonio Morgado third and César Pérez who would get involved in the sprint and finish sixth.

Another day with a very lively pace in which the peloton broke up into several groups. The volley did not materialise until the last three kilometres, when a very fast peloton managed to neutralise the solo attempt by a persevering Jorge García (Recambios Callejo), who was more than a minute ahead.

This Sunday the Castilian race will close with its queen day and with Antonio Morgado, more leader because of the two seconds he took at the finish by leaving behind the wheel of the Belgians in the sprint. David Puente, 10º, and Manuel Sanroma, 13º, are the best classified riders of the junior team led by Guillermo Gutiérrez. 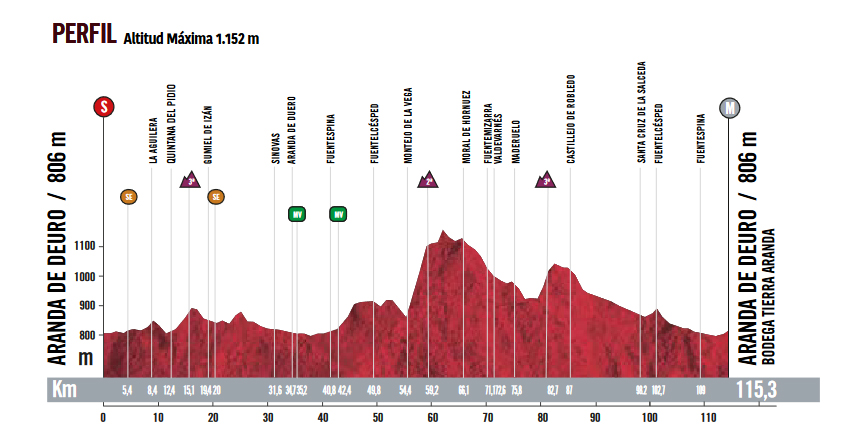