The breakaway triumphed, a breakaway that included Cantabrian rider David Gimeno, and many important points for the fight for the overall in the Spanish Cup went into the pockets of riders who, in terms of classification, have no option of fighting for the title. This could be the summary of what happened this Sunday in Peñafiel, at the foot of whose majestic castle the penultimate round of the competition came to an end. 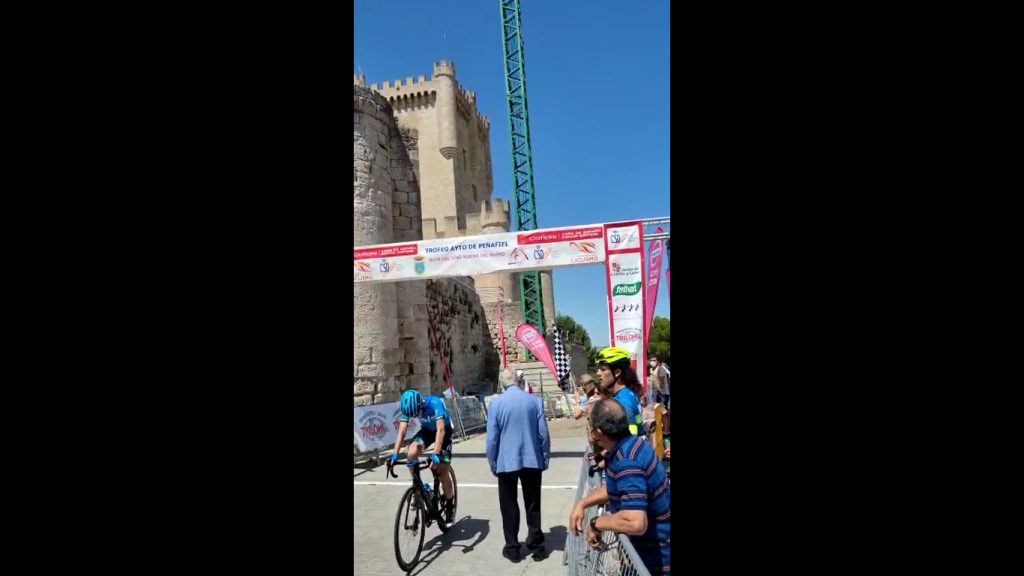 In a race in which David Gimeno signed a formidable fourth place, Marc Terrasa retains the leadership of the Spanish Cup. The Balearic rider faced the first defence of his red and yellow jersey with his recent and fresh, a matter of hours, national titles in Elimination and Scratch in the Spanish Track Cycling Championships for his category held in Galapagar in the previous days.

Although there were several breakaway attempts beforehand, some of them numerous, it would not be until the race faced its last 40 kilometres when a breakaway of fourteen cyclists was consolidated. David Gimeno was in the breakaway. With 25 kilometres to go, the advantage was close to two minutes.

The junior structure of the Foundation set the pace in the peloton to keep the race under control, although their pace was not hunting. Sensational work by David Puente, Samuel de Pablo Lucas Guillermo and Joel Díaz at this point. With that mission in mind, other formations would come to work later, but a breakaway immersed in a process of attacks and counterattacks ended up reaching the final ascent to the castle. There, Iñaki Navarro (Tot Net Terrasa) proved to be the strongest, while David Gimeno finished fourth and the peloton of illustrious riders practically arrived later: Marc Terrasa finished 14th, immediately behind Iker Bonillo. A little further back, Miguel Ramos.

Guillermo Gutiérrez, coach of the EOLO-KOMETA Cycling Team: “We came with the objective of defending Marc’s leadership in the Cup and it has been fulfilled. The team has been magnificent, protecting Terrasa all day long, riding very close together and being very attentive to the breaks, because it was very likely that someone important could get involved in a breakaway and revolutionize the race. David has been the spearhead of that work and it’s a pity that he lacked the strength on the final climb to follow the winner and fight for the victory, but he put in a great performance. We leave here very happy, with an eye on the last race in a month’s time and with the desire to continue doing things well. In a week’s time the Vuelta a la Ribera del Duero arrives, which this year has a magnificent line-up”.