Sixth place for Cantabrian David Puente in the fourth and penultimate round of the Spanish Cup in the U19 category, held this Saturday as part of the third edition of the Clásica Araba Vitoria-Gasteiz. In the final climb where the finish line of the race was located, a great route proposed by the Montes de Vitoria and better organisation by the Eguzkilore Club, Pablo Lospitao (Electromercantil) won after an intense head-to-head with Pau Martí (Drone Hopper).

Good role of the EOLO-KOMETA Cycling Team riders from the initial flag of a race of demanding profile with up to six punctuated mountain climbs. Nil Aguilera already began to move the race in the early passage through the Puerto de Vitoria and Manuel Sanroma, jumping from the peloton, starred in a move with the previously escaped Ibon Larrañaga (Ulma) that allowed him to crown first the first passage through the Puerto de Zaldiaran. 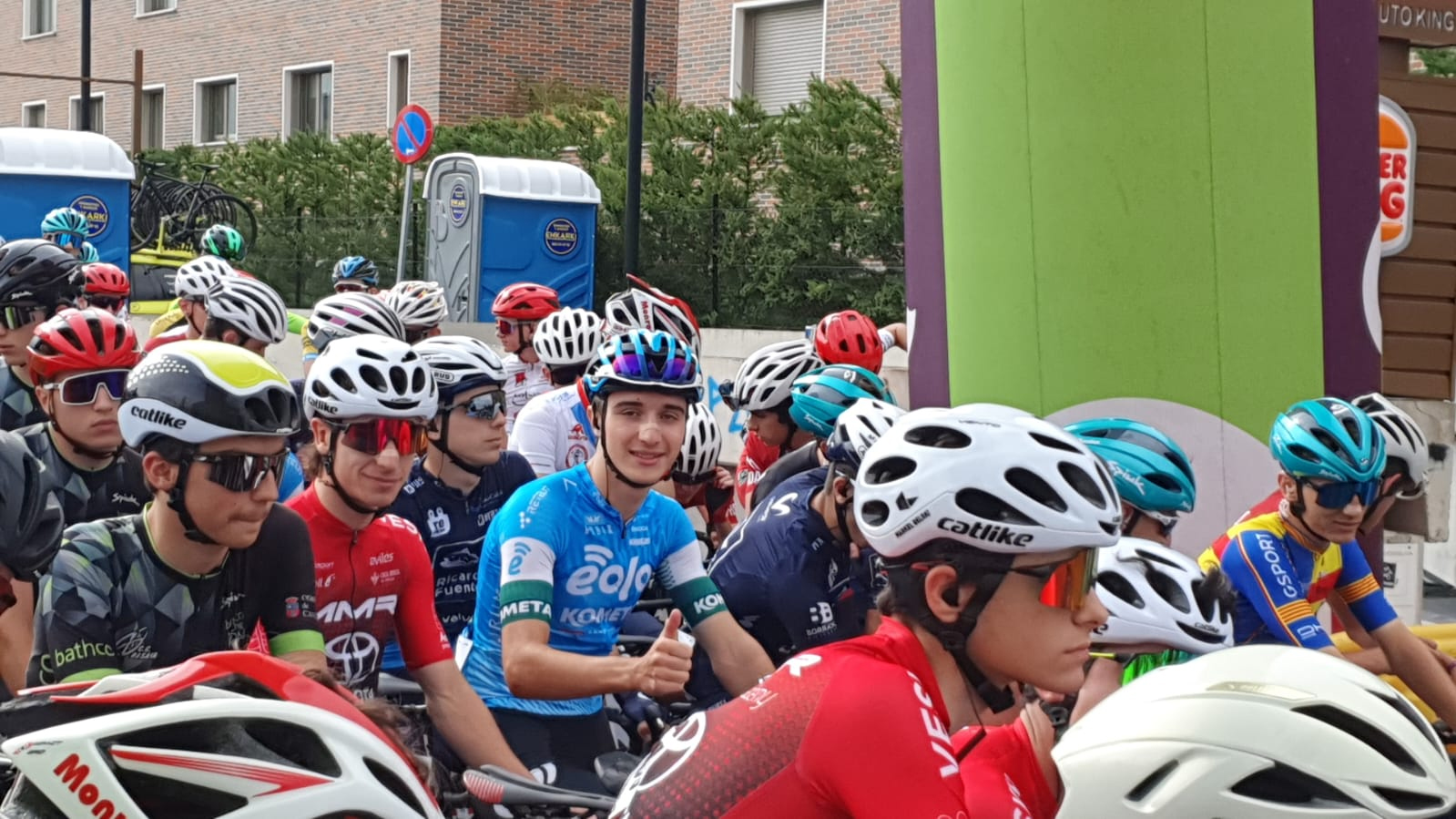 Hungarian Balint Feldhoffer took over the baton in another subsequent offensive movement which, after the neutralisation of Larrañaga and Sanroma, took place at the start of the second lap of the course. Attacks were constant and no breakaway managed to consolidate. A move by two MMR riders forced the team to work very hard at the front when they began to have half a minute’s margin. Guillermo Gutiérrez’s boys would strive to make the race harder in the last two mountain passes of the day, although a fall fortunately without consequences for David Puente on the descent from Vitoria to Treviño and a breakdown of César Pérez temporarily upset the plans. 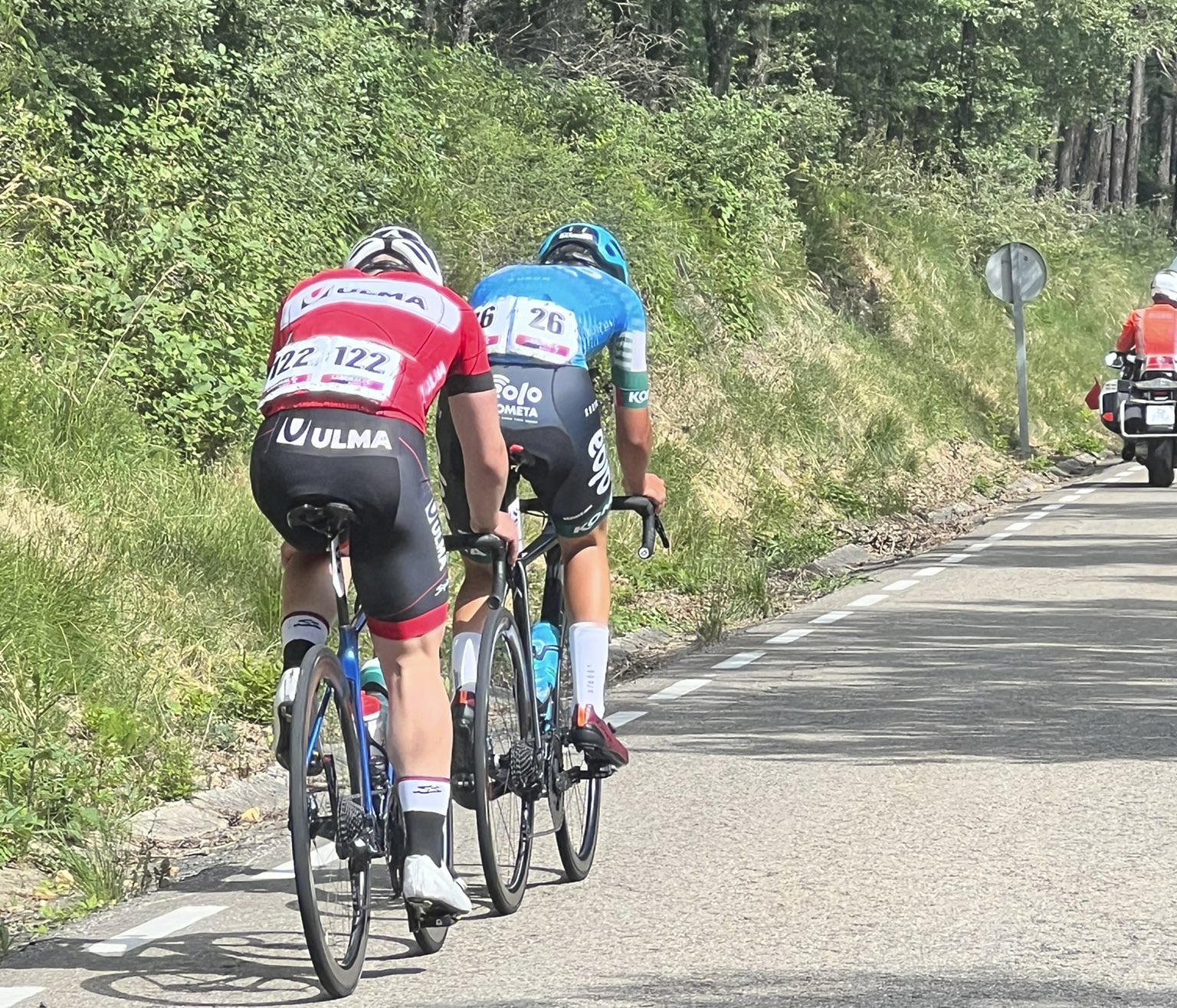 Although a multitude of attacks took place on the last pass through Zaldiaran, the race progressively ended up grouping in its vanguard in the last twenty kilometres and a small group with all the illustrious riders of the tournament, about thirty units, faced the last climb in Iruraiz-Gauna Kalea, in the hamlet of Aretxabaleta. Joel Díaz finished twelfth and Balint Feldhoffer (22nd) and Álex García (23rd) also finished in front. With just over 200 metres to go to the finish, Nil Aguilera also suffered a fall, but without consequences. 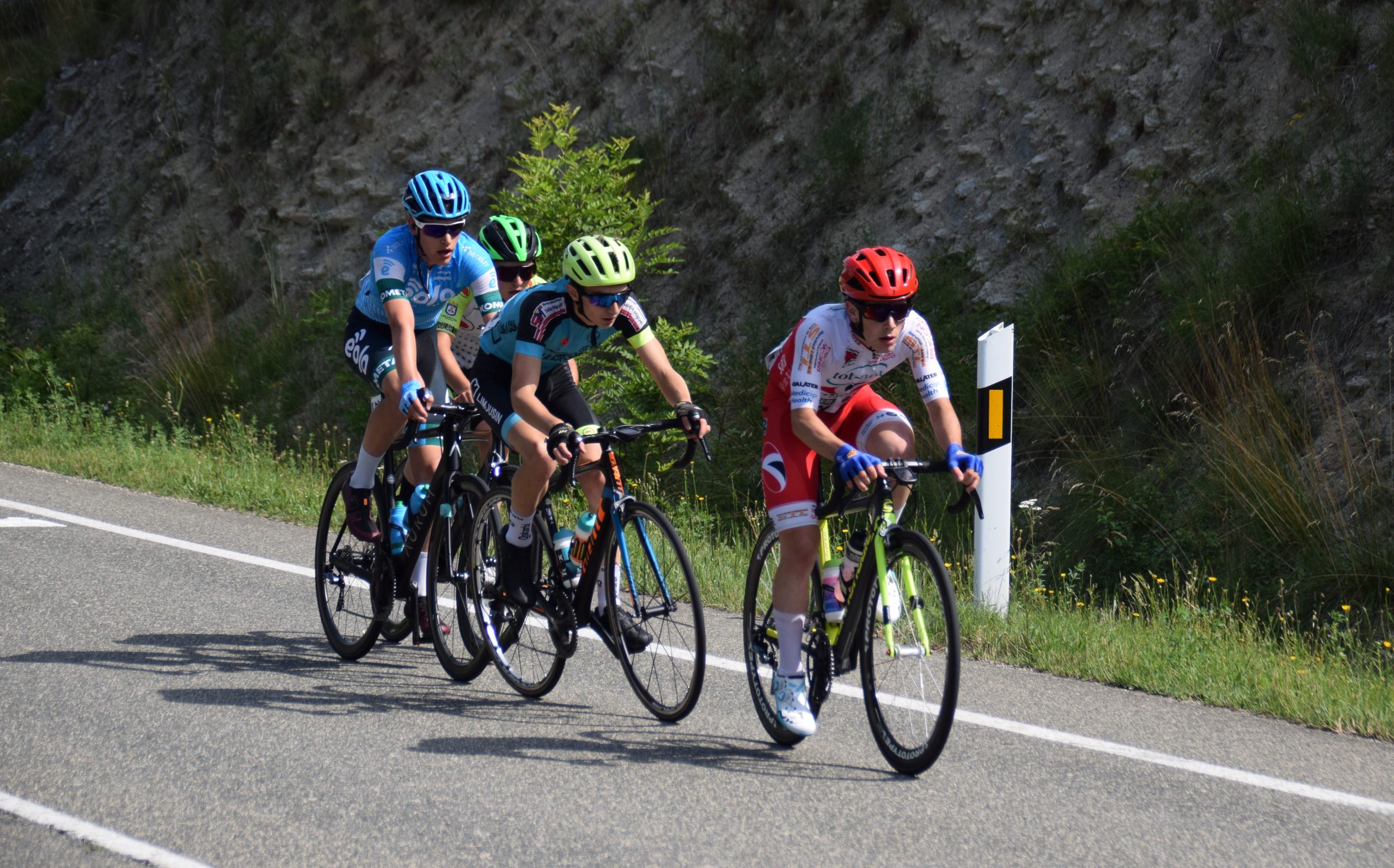 David Puente: “On the descent of the penultimate pass I had a mishap and almost went to the ground, but I didn’t fall. I was only narrowly clear. My team-mates did an amazing job to get me back in the group at that moment. But throughout the whole race the team was fighting hard, making it tougher. The team rode very well. Personally I think the climbs lacked a little bit of hardness to make a better selection, but it was a really hard day with a lot of attacks and a very, very lively pace. Now it’s time to rest and see how the Clásica Navarra goes this Sunday”. 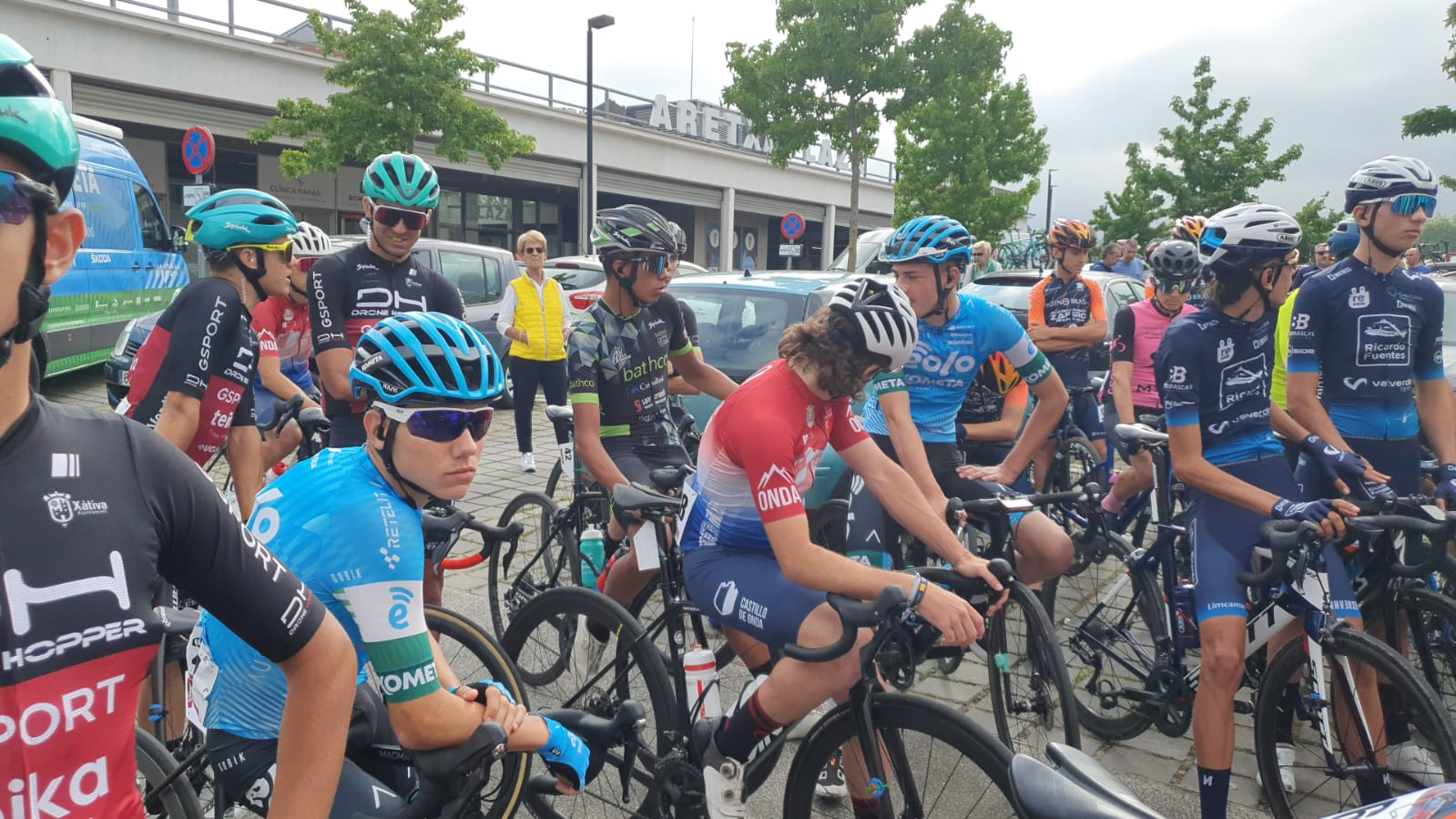 Guillermo Gutiérrez: “We had a very clear idea of the race: to make it as hard as possible to try to drop all the contenders as much as possible and also to try to get riders in front in order to get David to start at the end. The guys have worked very well throughout the day in specific and sometimes adverse circumstances. Manuel Sanroma was in cuts, worked to cover a very dangerous move and, after having stayed, he reached David Puente when he almost fell to work with César and Lucas to get him back in. Manuel, César and Lucas did a fantastic job. And then on the last climb Nil made a great selection, but there was a big regroup. The work was very clear, but that crash changed everything. When you work well, sometimes it works, sometimes it doesn’t, but the work, the attitude and the experience is there. A great job by all the guys”.