With the last minute news from Portuguese Daniel Viegas, who joined the team due to a strong flu process from Italian Riccardo Verza, the Kometa-Xstra Cycling Team began this Wednesday the third presence of the continental team of the Alberto Contador Foundation in the Vuelta a la Comunitat Valenciana. Diego Pablo Sevilla had a very active role in the first day. The forecasts invited the sprint and Deceuninck – Quick-Step and Jumbo-Visma were in charge to make them worth to the break in which the Kometa-Xstra rider was actively involved during almost 160 kilometers.

Sevilla from Madrid, together with Azurmendia (Fundación Euskadi), the Belgian Cedric Beullens (Sport Vlaanderen-Baloise) and the Italian Cristian Scaroni (Gazprom), managed to distance themselves from the group’s discipline after the first five kilometres. After that, a pulse of more than 150 kilometres where the difference never exceeded three and a half minutes. Tough terrain for these pulses. Between Alcora and Onda, through Ribesalves, some winding routes, with many steep slopes, the collaboration is maximum among the riders. The route to the Vall d’Uxo anchors the gap in the three minutes and so we reach the ascent to the Coll de Marianet, where the differences are reduced very quickly. At the top, Seville crowns in second position. 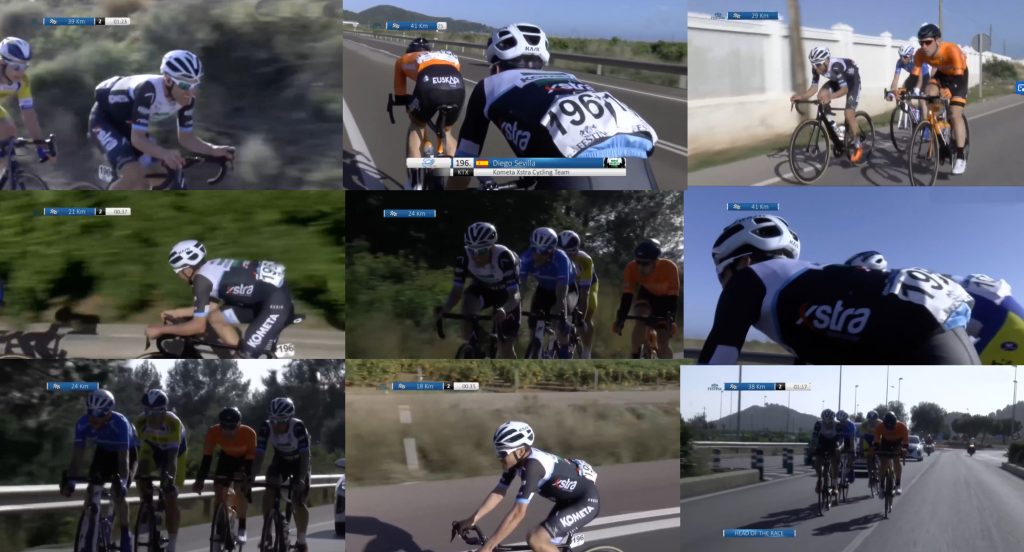 But the peloton manages the situation well and slowly but surely reduces the advantage. The quartet enters the last twenty kilometres with half a minute and the feeling that they still had a lot to say at the back. At that moment Scaroni and Sevilla give up the adventure, while Azurmedia and Beullens persist eight kilometres more. For the sprint, it would be the Dutchman Dylan Groenewegen (Jumbo-Visma) the fastest. Alejandro Ropero, very attentive to the preparations for the finish and fighting for the best possible position, finishes sixteenth. And a little bit further back, also very attentive to any incident, concludes Márton Dina (35nd).

Diego Pablo Sevilla: “The truth is that at the front we didn’t take it easy and we controlled well because we knew that today they weren’t going to let us go; it wasn’t a question of pushing for the sake of pushing. Besides, we were all thinking a lot about the great prize of the mountain, which was the great attraction of the day within a breakaway. I felt good, I had good legs, but in the grand prix sprint I was well beaten by Beullens. Once after that, it was time to do the rest and show my face. Azurmendia and Beullens had a little more physical point, they got me out of point and at the end of the day I was empty. But the reading that the day leaves us is good, I’m happy”. 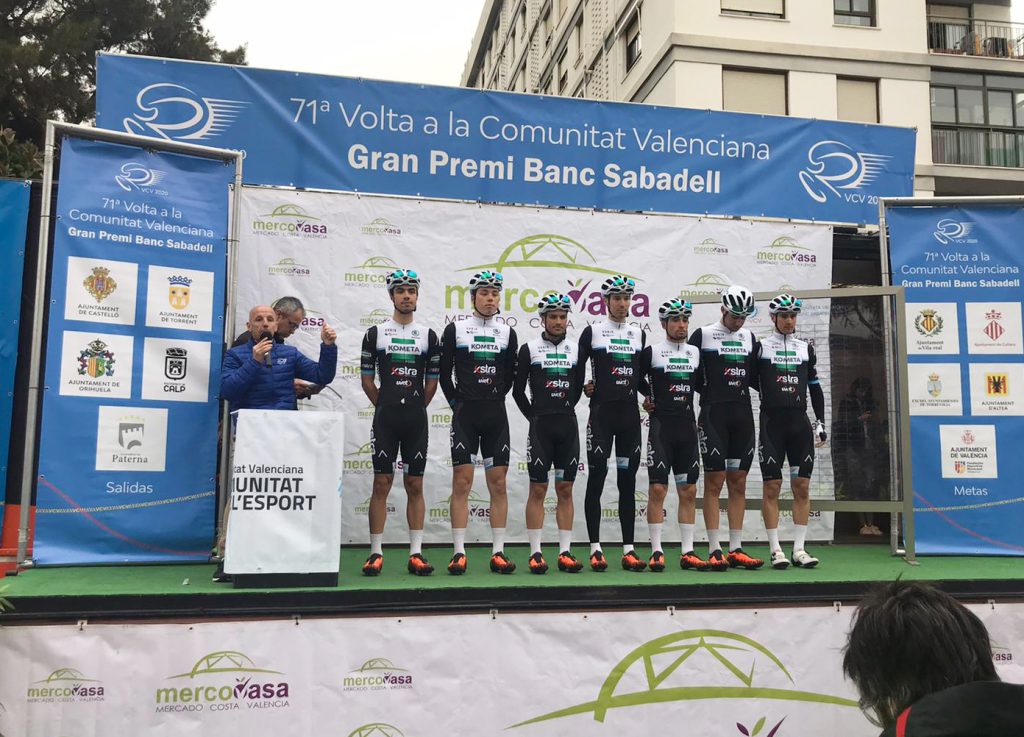 Alejandro Ropero said: “We tried at the end to get into the preparations for the sprint, to see how it goes. At the last roundabout, I touched the brake too much and that put me off any chance of being ahead. I was very close to my first top-ten in professionalism. The truth is, it’s going very fast. The fact that the World Tour teams have much stronger trains makes it much easier for them to position themselves. But also with a little bit of mischief and speed you can get into the fight. At the end of that stage, everyone’s legs hurt”.

This Thursday will be one of the key days of this edition of the Levantine round. The environment of the weather radar that is located at the top of the Mount of Raboses of Cullera will host a finish that in its last two kilometers presents some double-digit ramps. A day where all the aspirants to the final victory in the general classification will appear.