…and started the other race at home. This Friday began a new edition of the Vuelta a Madrid with a nervous stage, marked by up to seven points and exposed to the action of a wind that never finished being decisive, which started and ended in the patrimonial Aranjuez. In the ribereña calle de la Reina, next to the majestic Jardín del Príncipe, the Italian Niccolo Bonifacio (Total Direct Energie) conquered the first leader’s jersey by winning a massive sprint where the ‘Kometa’ Michele Gazzoli, in the end first rider under23 in cross the finish line, signed the tenth final place. But it was also there that Diego Pablo Sevilla won the podium. 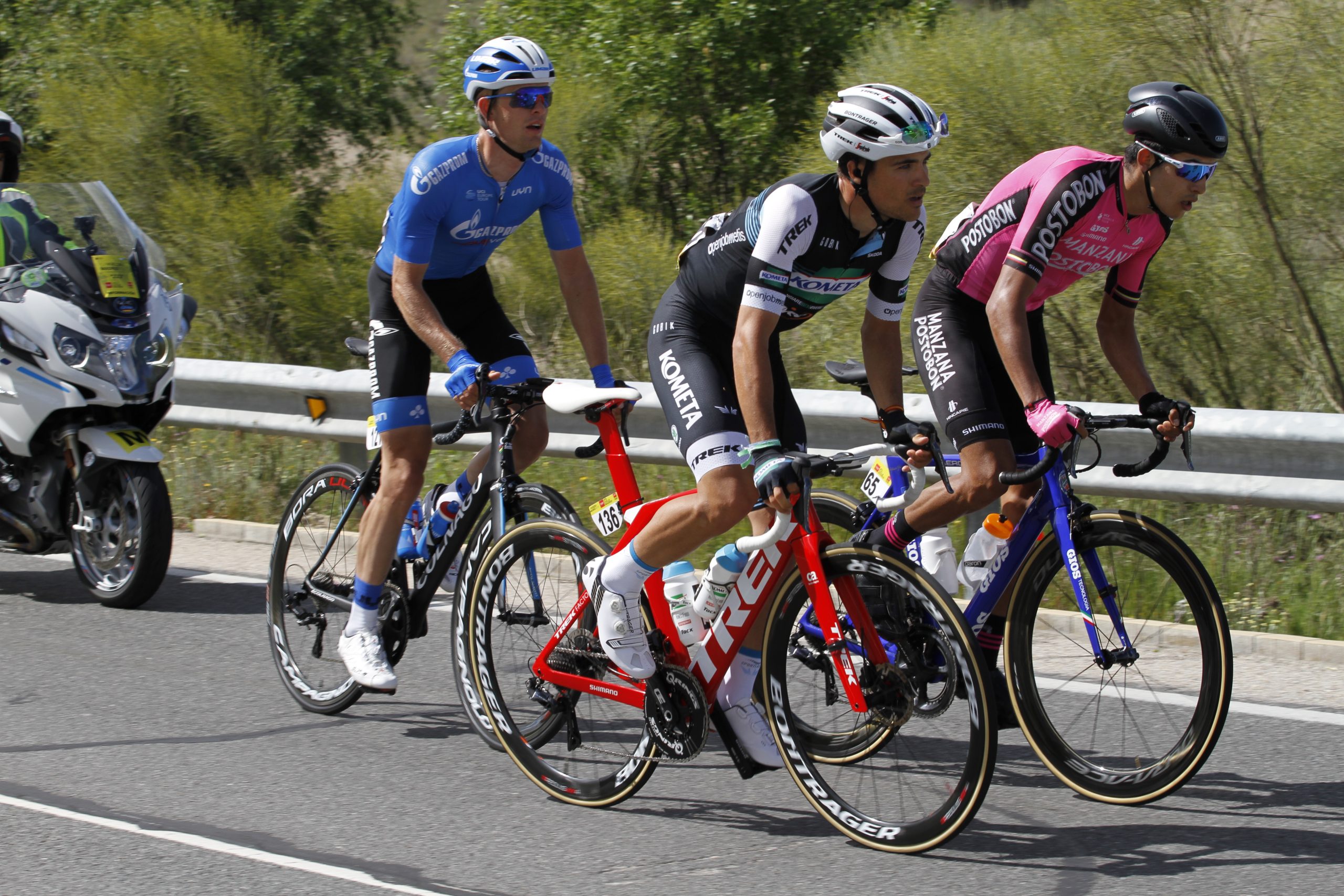 The Kometa Cycling Team rider from Madrid had marked this stage, a day that passed through many of his usual training roads. Sevilla was racing in its small homeland and didn’t want to miss the opportunity to give spectacle. The rider from San Martín de la Vega got involved in the good break of the day, seven riders, within which he was very active in the search for points for the great prize of the mountain from the first orographic difficulty: the ‘third category’ Alto del Molino de la Aldehuela. Sevilla made sure to wear the jersey in the fifth of the seven climbs of the stage, the Alto de Zulema.

The breakaway would be hunted 20 kilometres from the end by a platoon where the Movistar Team had the leading voice. At the exit of the town of Chinchón, in the negative note for the interests of the Madrid formation, and while he was rolling protecting Gazzoli, the manchego Isaac Cantón would be implied in a crash: at a moment in which he was taking food from the pocket of his jersey a rider touched another one in front of him and could not avoid them, suffering diverse abrasions and wounds in his side, gluteus and right leg. “Let’s see if we recover well,” he lamented after the stage as his wounds were healed. Cantón arrived protected by his team mates Juan Camacho, José Antonio García and Antonio Puppio in a second group.

In the sprint, Niccolo Bonifazio won with forcefulness, while Michele Gazzoli signed a new position in the top ten of a test for the Kometa Cycling Team this campaign.  “It wasn’t an easy sprint, there was a lot of tension, the finish had its crumb, but I’m happy how I was able to save the day,” said the Italian. 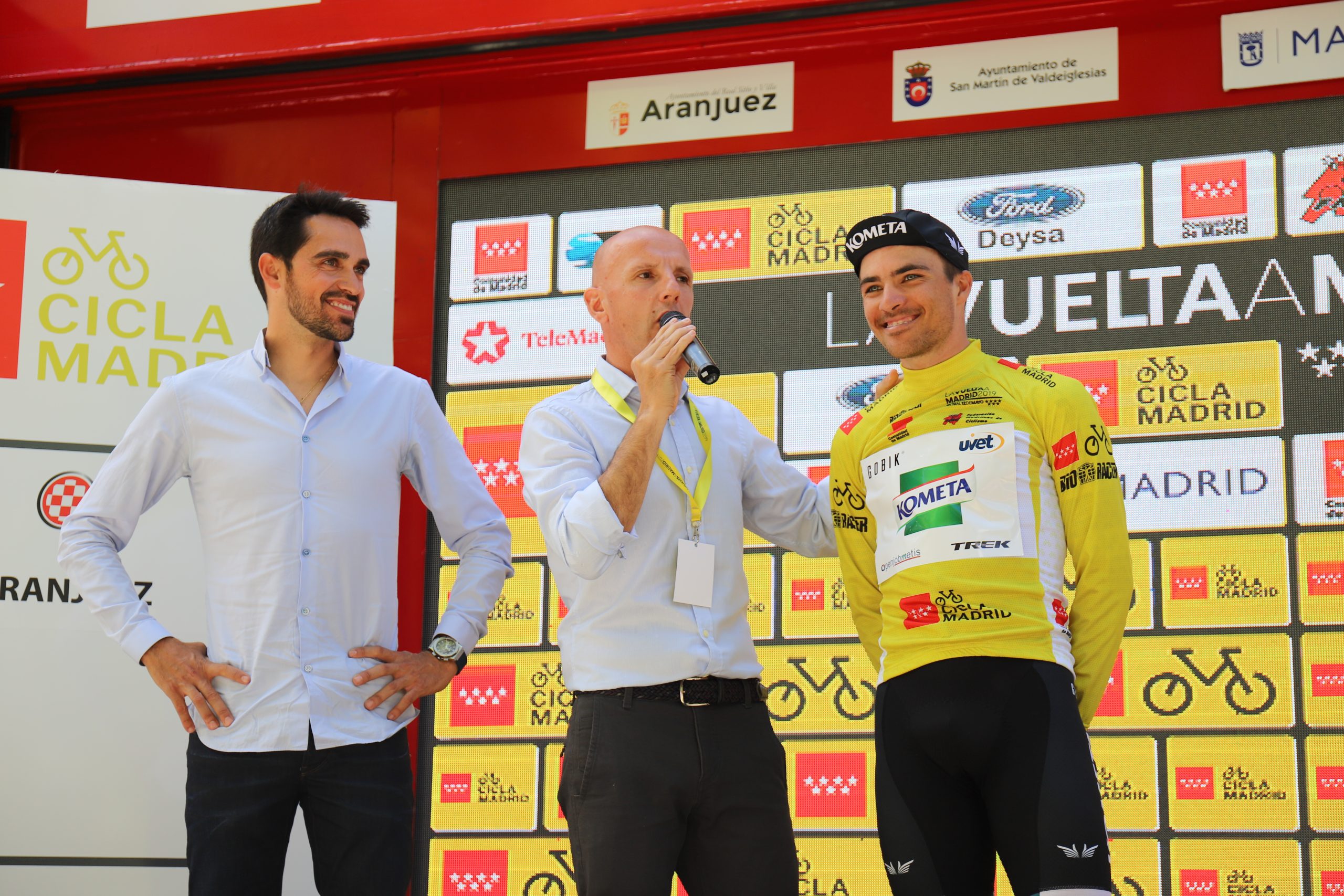 “The leak started to form in the early stages of the stage, but it took ten kilometres to consolidate it. From the front we did well, collaborating, keeping legs in case they tightened again and in the end we did well. Today was my goal”, explains Diego Pablo Sevilla after a day of pedalling for his homeland and climb to a podium where Alberto Contador was also present, who accompanied the riders in one of the team cars.

“I wanted to be in the breakaway. They are my training routes. But we also had to be honest: the finish was not the best for me, it was a finish for Gazzo’s speed. What better then than to run away on my roads, with people in the ditches… It’s been a very special day. I feel a little more settled in the category, the truth is that this season I have already a few leaks and I’m also noticing with better legs than last season. Last year I also had leaks, but by the middle of the race I felt a lot of fatigue. On the other hand, this year I feel stronger and on a day like today I could race all the mountain prizes”, he concluded.

This Saturday Sevilla has a golden opportunity to secure this secondary classification. The second stage of the Vuelta a Madrid starts and finishes in San Martín de Valdeiglesias after 164.5 kilometres; and in its track, which is very nervous in its first 75 kilometres, it has up to seven climbs that can be scored.