Carlos Alvarez, in Bembibre (León), and Hugo Sampedro, in Paracuellos (Madrid) were the winners of RH+/Polartec this weekend, culminating in a superb manner two days from where “the team comes out very reinforced, thanks to the great work of their younger riders, who are the guarantee of Contador Foundation’s future”, said its sport director, Felix Garcia Casas. 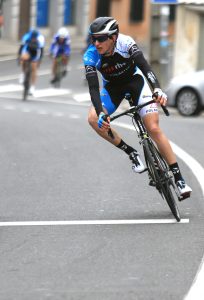 On Saturday, Carlos Alvarez rounded off a very demanding race in which everything was decided at the last climb, about 20 km to go, where four riders, including two from RH+/Polartec, Carlos Garcia and Joan Martí Bennassar, went ahead. The quartet managed to distance, but still came from behind Carlos Alvarez, who won the sprint.

“Carlos is one of more fit riders in this category and one of the pillars of the team, which came of finishing third in the Federation Trophy”, confirmed Garcia Casas, “but the team had six riders of first year that performed very well and today in Paracuellos, already without Alvarez, they have continued in the same line and we won with a first year rider, like Hugo Sampedro”.

Both, Carlos Alvarez and Hugo Sampedro, have won their first victories of the season, while also in both, Bembibre and Paracuellos del Jarama, the performance of RH+/Polartec was completed with the victory by teams.