XXVII Vuelta Ciclista a Talavera
From 10 to 13 of september

After an organisational break, the year has passed, and with the double value that this return gives in a very complicated season for sport in general, cycling in particular and much more specifically in a training category such as youth, in a year like this, the Vuelta Ciclista a Talavera returns. The classic Toledan event will be held over four days, with an eminently leg-breaking route and a team time trial on the third day, which promises to be decisive in the resolution of the overall race.

In Talavera, all the big teams on the national scene will come together and face a competition that could be one of the last this year. The structure of the Kometa-Xstra Cycling Team brings back very good memories: its last winner was the Catalan Álex Martín, today in the U23 team of the Alberto Contador Foundation and very well established in the category as his last results show. 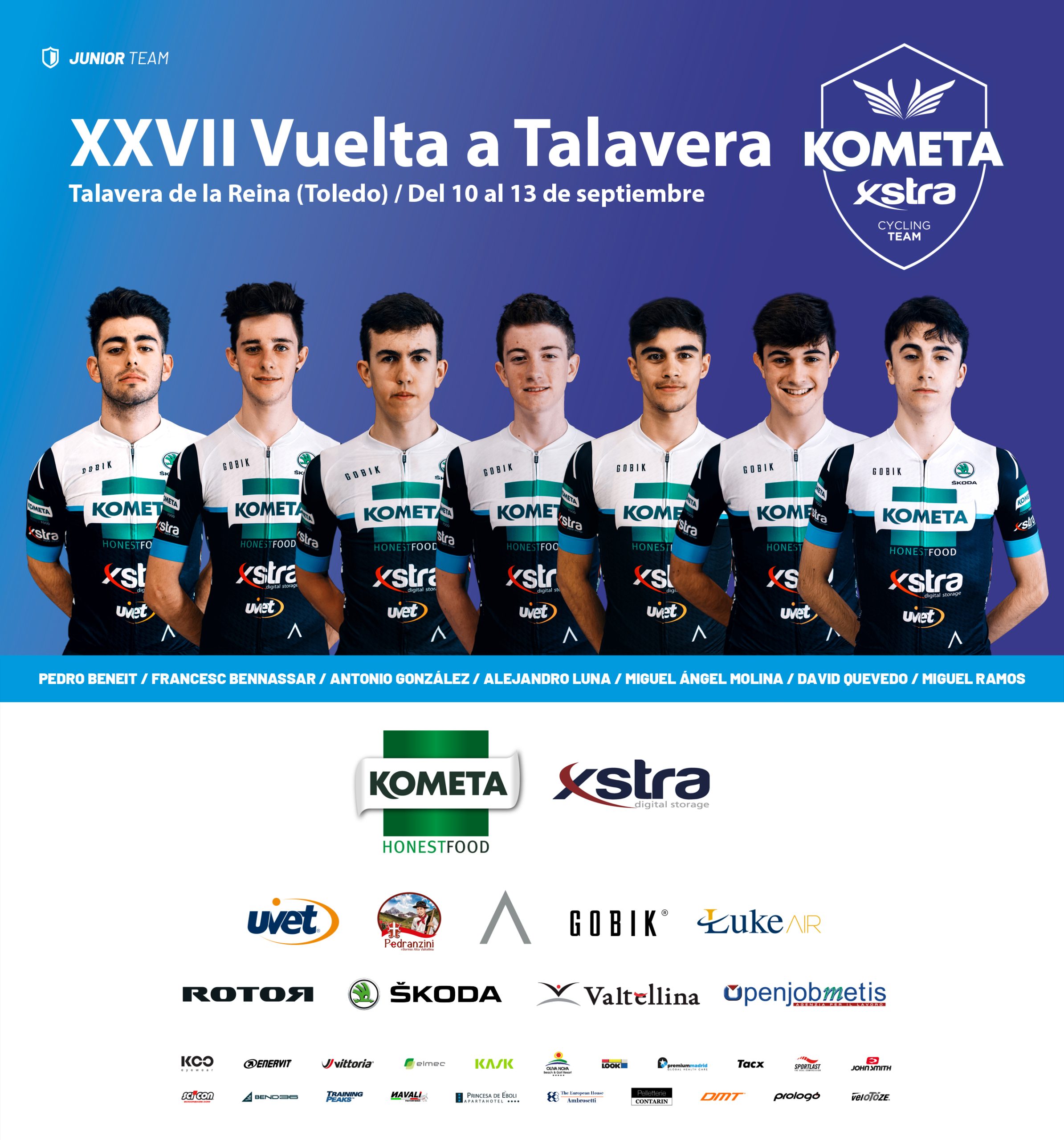 The team directed by Guillermo Gutiérrez is led by the current Spanish runner-up in the category, the Balearic Francesc Bennassar. Completing the ‘seven’ are Pedro Beneit from Alicante, Antonio González from Soria, David Quevedo from Cantabria and Alejandro Luna, Miguel Ángel Molina and Miguel Ramos from Madrid. A team with more sophomore cyclists than rookie riders.

The organisation has opted for a route where the circuits are predominant, there is no lack of steep slopes and the action of the wind on the banks of the Tajo river could also be a factor on some occasions. With the permission of the transit through the foothills of the Montes de Toledo on the second day, it is possible that the great ascent of this Vuelta a Talavera will arrive on the last day, with the transit on two occasions through the foothills of a Sierra de El Piélago that cannot be reached.