Three members of the junior team of the Fundación Alberto Contador stood out during the past weekend in different competitions both on the track and on the road. The Spanish Track Cup, whose second race was held in the velodrome of the town of Galapagar, Madrid, and the first meeting of the Challenge Balearic Islands route, the Classica dels Murs, were the scenes of the successes.

On the island of Mallorca, junior Francesc Bennassar stood out with a thirteenth total place, first of its category, in the sixth edition of the Classica dels Murs in the town of Sa Pobla. Bennassar, one of the new faces of the Kometa Cycling Team for this campaign, reached the finish line within a group of seventy units that reached the finish line at 2:11 of the absolute winner, the Polish Szymon Rekita. 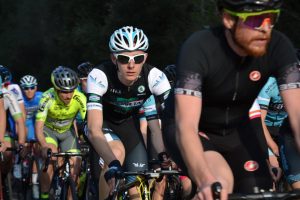 This Classica dels Murs, held over 82 kilometers, is the test that kicks off the 2019 calendar in the Mallorcan panorama, as well as being the first meeting of the Challenge Illes Balears route promoted by the Cycling Federation of the Balearic Islands, a tournament in which Bennassar is the first leader of its category.

“The route consisted of two circuits: three laps to a longer track, 17 km, and two to a shorter one, 15 km, which had to overcome a wall of 300 meters with ramps of 13%. We alternated a long lap with a short one and finally a last long lap. Taking advantage of the fact that they are concentrating on Mallorca, the whole Leopard continental team took part in the race. As there were so many, about fifteen riders, and so good controlled the development of the test. I tried to go with them in a breakaway, but it wasn’t possible. The breakaway was formed, about seven units, and it was selected. Behind me I got into the group sprint and I did what I could, but the development didn’t give me more cadence”, remembers the youngest of the Bennassar brothers.

For his part, Raul Garcia Pierna Madrid signed a notable victory in the junior endurance test, a discipline in which his teammate, also Madrid Javier Serrano, finished third in the overall final and retained the leadership of the Cup of Spain after two contested tests and lack of a third to be held in Valencia between 30 and 31 March. 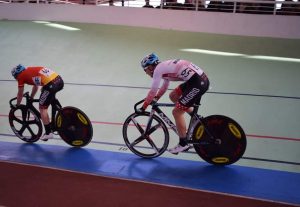 “On Saturday we played two races, the tempo race and the scratch, with their respective qualifiers. The first one was very good, with good sensations: I started, I managed to leave with another rider and we spent most of the race escaped. Adding points, little by little; a margin that allowed me to win this competition. In the scratch I worked for Javi. With four or five laps to go, a Catalan rider demarró, who took quite a distance. I worked hard and we were able to neutralize. With two laps to go or a half lap Javi launched the sprint and won it”, explains García.

The rider from Tres Cantos sums up his participation and that of Serrano in the score that, also with its respective qualifying event, was held on Sunday: “We went out for all, starting with strength. I managed to leave for four laps, but I ended up getting two other participants. The three of us were leading, scoring points and winning a lap. Then I started again. Javi and two other riders caught me and we won a new lap. I felt very good. In the end I was able to impose myself on the score with some ease thanks to those two laps won, without a need to impose myself on the sprints. In general I finished very happy, although I would have liked things to have gone better with Javi: although he is still leading and I’m third and I’m in the fight, Markel Rodriguez also scored many points and has been approached in the overall Cup”.

The junior of the Kometa Cycling Team Javier Serrano leads the tournament for lack of a test with 26 points (16 won in Palma de Mallorca and 10 in Galapagar), three more than the Basque Markel Rodriguez. Raúl García Pierna, who did not participate in the inaugural event of the competition, occupies third place.