Carlos Rodríguez from Granada finished sixth in the final overall of the Trophee Centre Morbihan, the fourth scoring event of the UCI Nations Cup in which he took part with the Spanish junior team. Fifth last year, in this edition Rodríguez finished 51 seconds behind the final winner, the German Michel Hessmann. 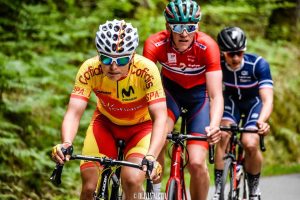 A weekend that also produced other very positive results for the riders of the Albero Contador Foundation’s youth team, such as Pablo Gutiérrez’s second place in the Cantabria Time Trial Championship (held in Treceño, over 13.5 km) or Francesc Bennassar’s first place in his category (ninth absolute) in the race held in the Balearic town of María de la Salut.

The Andalusian of the Kometa Cycling Team was eleventh on Saturday in the first stage, a 122.8 km day in line in which he crossed the finish line 36 seconds from the winner, the Italian Gregorio Butteroni; a first stage with Spanish protagonism from the hand of Juan Ayuso, who was integrated among the five runners who would play the victory. 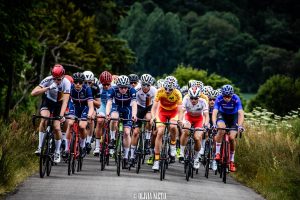 In the time trial with which the double sector was opened on Sunday, Rodríguez finished fifth, 15 seconds behind Hessmann. In the afternoon, in a fraction that finally did not change, Rodriguez arrived within the main pack, although Almuñecar was one of the protagonists of an interesting movement that rolled 30 seconds ahead. “I’ve come bursting at the end, but I’m very happy with the race we did,” said Rodriguez.

In this last stage, over 107.6 kilometres, the Spaniard of the Kometa Cycling Team Raúl García finished seventh, one place behind Juan Ayuso. García was also one of the names of the first stage, forming part of a breakaway for seven riders.