Valencian Abel Odón Rosado (Bathco) won this Sunday in the 2022 edition of a Klasika Premundial in which the EOLO-KOMETA Cycling Team youth sought the maximum presence in the race and had several of its riders in the most consistent movements of the day, although at the finish line none of the young riders could be ahead after the chained Liernia and Olaberria. Pedro García, 27th, 2’28” behind the winner, was the first of the blue riders. 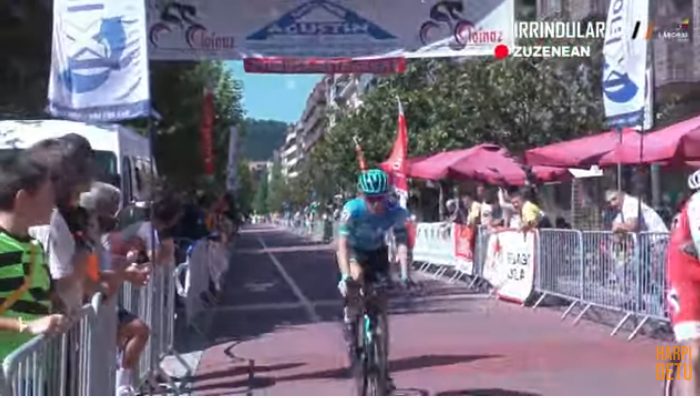 Nil Aguilera, in the early stages of the day; Joel Díaz, in a very interesting movement of twelve riders that formed in the terrain after the first pass through Lierni and overcame the climb to Altzo; and Lucas Guillermo, starting a movement that ended up being of five riders and with which he was able to cross the Beasain flying finish line first, were some of the movements with the presence of Guillermo Gutiérrez’s team. Rosado imposed his top speed within the quartet that reached the last straight, a quartet completed by Mikel Uncilla (Sakana), Markel Beloki (MMR Academy) and Iker Pérez (Electromercantil).