Joel Díaz, from Barcelona, won his first U19 race this Saturday in León, imposing his top speed in the small group that competed for the victory in the streets of Torre del Bierzo. Díaz, who had been doing well in the last races, was the fastest among the sixteen riders who faced the last meters, a sprint where he beat his Cantabrian teammate David Puente and the MMR Academy rider from Madrid Rafael Martínez. The EOLO-KOMETA Cycling Team won in the always valued team general classification.

The passage through the Alto de San Andrés de las Puentes was again decisive. A climb with a very irregular road surface, with ramps over 12% during two eternal kilometres of narrow road. From there, with Yerai Sastre from Ávila in the lead, twenty riders took off, with a quadruple representation of the EOLO-KOMETA Cycling Youth Team (Díaz, Puente and the brothers Pedro and Héctor García) in the regrouping that the subsequent terrain provided.

“I’m on cloud, it’s my first victory in the category and I’ll never forget it”, explained Díaz after the podium ceremony. “I owe this victory to my team-mates, who have been controlling the breakaways the whole race. From the hard climb we were less than twenty riders ahead, the descent was fast, with a very botoso asphalt and also had some complicated sections. We regrouped on the back ground and there were several of us. Pedro, Héctor, David and I worked to keep the race under control in that final part and prevent anyone from escaping and finally we were able to finish; but we had a hard time keeping the movements of the MMR riders under control”. 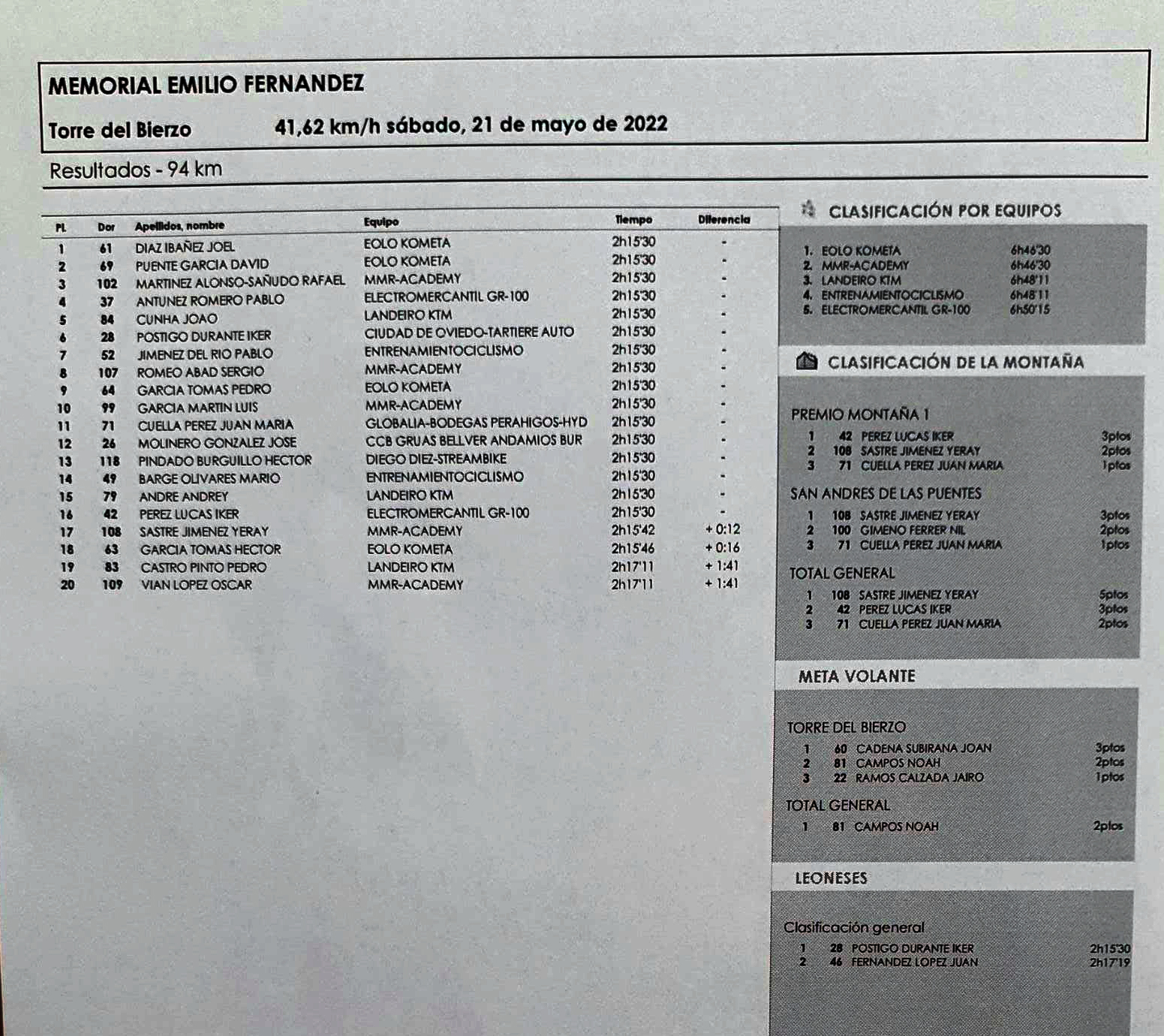