The 2020 season, his second season in the professional field, has not started in the best way for José Antonio García. The Fuente Vaqueros boy, simply Joselillo to all the members of the Kometa-Xstra Cycling Team, is one of those fundamental riders in any team because of the good atmosphere that they generate with their sense of humour. However, he has not had the opportunity to make his debut in competition yet. An untimely injury, some discomfort in his back, prevented him from making his debut with a dorsal. And when he finally glimpsed a recovery, the coronavirus arrived, the spread of the pandemic and the technical stop in which cycling still dozes today. 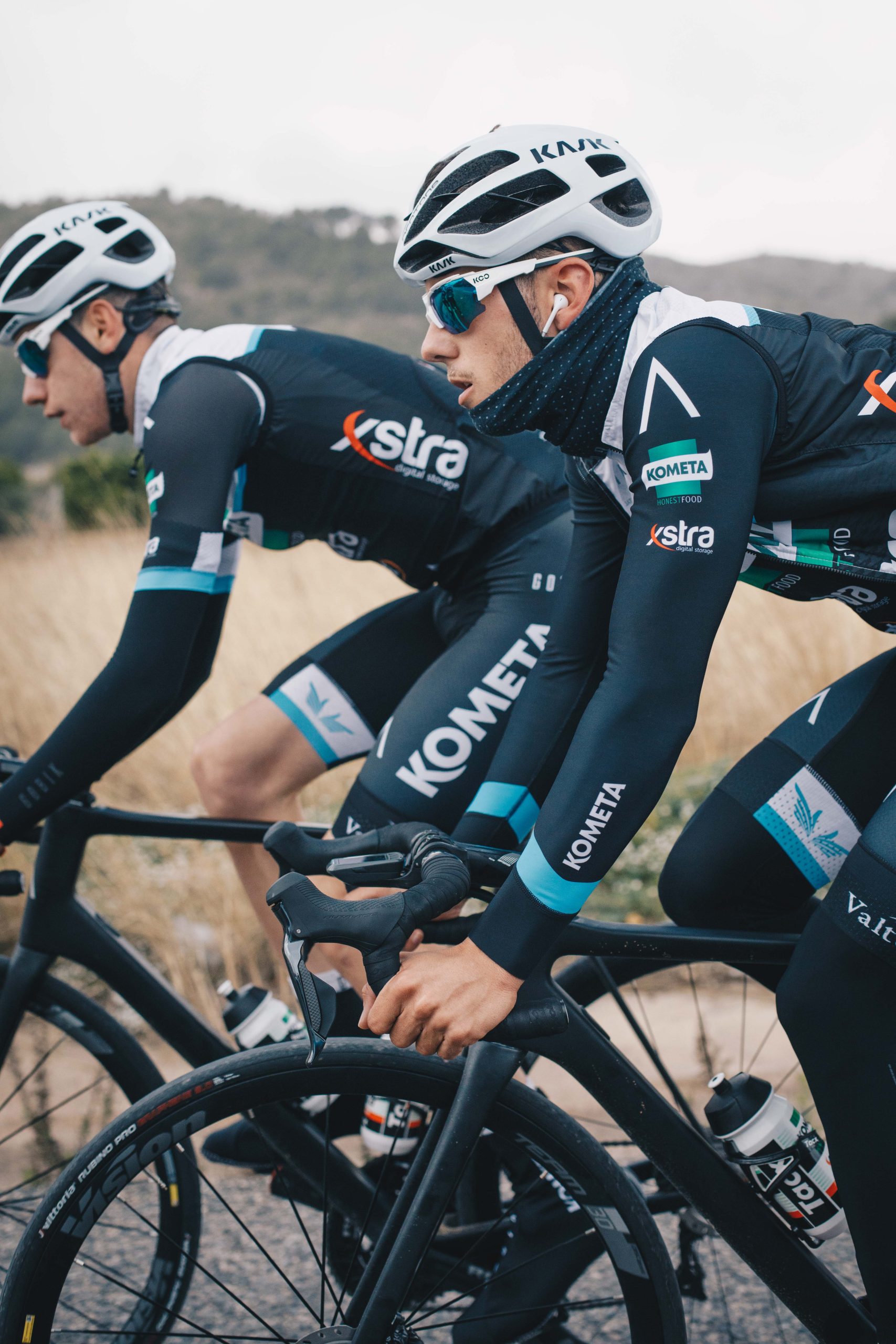 García promoted from the u23 team of the Alberto Contador Foundation after a last very outstanding year where he added successes to the sprint in the Vuelta a Zamora, the Vuelta a Salamanca and the Challenge of Seville. But Joselillo’s period in the professional squad has certainly not been without problems and setbacks. Obstacles that demand a great emotional integrity, barriers from which one can only come out stronger. We talked to the Andalusian about it.

The circumstances are what they are and in this 2020 you still have not been able to debut with the Kometa-Xtra Cycling Team.

I couldn’t exactly say ‘it started to hurt this day’… The truth is that it had been bothering me for some time. I felt something. But it was nothing serious. At the first meeting in Oliva Nova I felt fine, I honestly thought I had nothing. Already in January, again in Oliva, the dynamic was the same. But suddenly a day came when one of my legs fell asleep and I had a strong pain in my back. I spoke to coach Carlos Barredo and director Jesús Hernández and we immediately started to treat it with physio Christian Pradas. But in a week and a half we couldn’t find out why. Mallorca was just around the corner.

A complex moment of a year just begun, with the debut just around the corner and after a 2019 not easy. Like a new beginning…

This happens at the beginning of a new season and catches you with the desire of wanting to compete after having finished a difficult year where at the end I could show a better image. Yeah, it gets to you a little bit. At that moment you have all the desire in the world, all the desire to return that confidence that has been shown by giving you another chance.

The Kometa-Xstra Cycling Team is officially present in Oliva Nova and a couple of days later the structure sets off for the island of Mallorca to make its debut in the Challenge of Mallorca. The whole team is travelling, you too.

Personally I travelled with the intention of racing. We were still dealing with the problems with Christian, but the inconveniences didn’t go away. Carlos and Jesús recommended that the best thing was not to compete in any trophy. It was the first race of the calendar, there was the tension of the debut as well as the half platoon and it was very possible that it was going to hurt. Trying out was silly. The most likely thing was to get worse. Carlos and Jesús have been professionals for many years, have a lot of experience and approached the problem from a broad point of view. I have total confidence in them. After seeing it we decided to compete until it was solved. I was in Mallorca, in a competition, but without competing. It was hard to see your colleagues at the trophies, how they talked about the development of the races, how they were happy to live that atmosphere… You feel helpless. But that’s what it was. 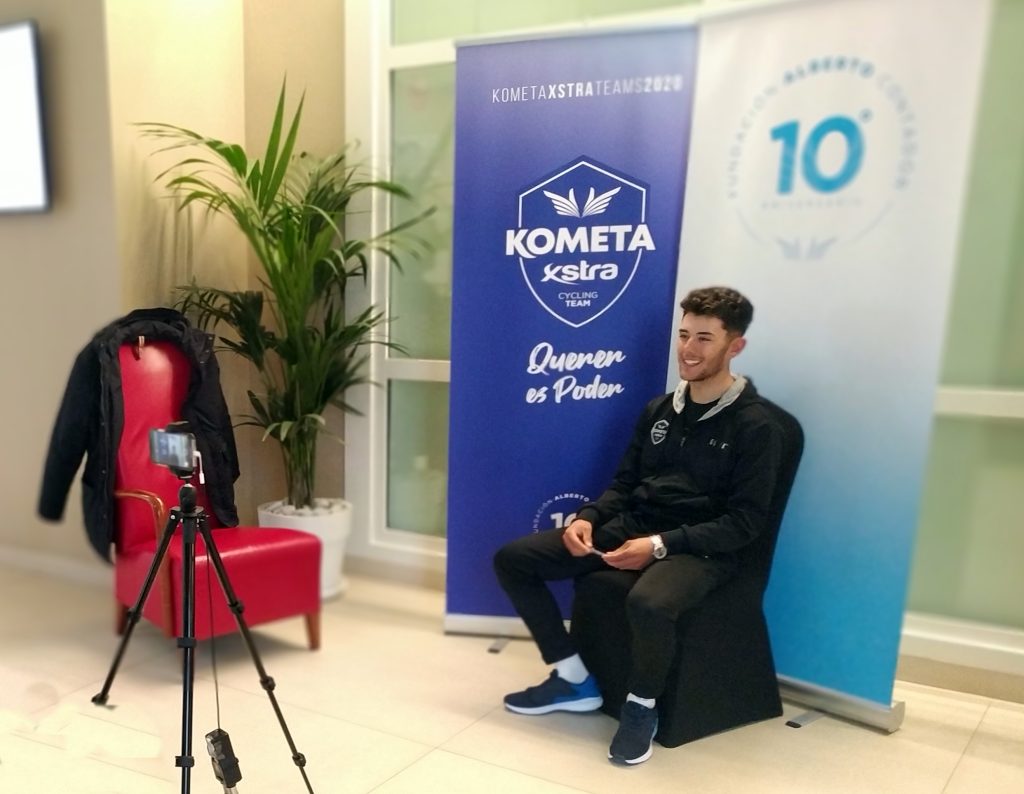 How is the subsequent evolution of the injury after the stay in the expedition of the Challenge of Mallorca?

I returned directly to Granada and there I underwent a first resonance. There was the option that it was a herniated disc, which I didn’t want to think about because it made it quite complicated to remain professional. The tests ruled that it was a protrusion in the L4 vertebra. In Madrid I underwent new tests at Premium Madrid and we started a rehabilitation plan to end the pain. I still do a lot of core work and exercise to prevent the pain from getting worse, but with this rehabilitation the pain has practically disappeared. The puñeta has been that the recovery has gone hand in hand with the emergence of the pandemic, the expansion of the coronavirus and everything has stopped. Beyond some very punctual moments of pain, the training in the roller and the workout I do it without problem. Things are going much better than they started. I’m working normally with a view to being ready for when there may be competitions. And, honestly, I’m looking forward to competing.

With the coronavirus, all cycling has stopped. And with it has come a rather complex day-to-day that in your case has been dragging on the injury from behind…

Yes, it is. When I started treating myself it got much better… and then the pandemic came. It’s going to take a little longer than I expected to make our team debut this season. In the end it’s two years with problems of one kind or another. And you don’t want the mind to learn to extract a motivation from where it’s not easy to get it. These are problems that sport has and you have to learn to manage and overcome them. I have been very lucky too, because I have all the support and all the help in the world. Carlos Barredo, Jesús Hernández, Carlos Cadarso and Héctor García from Premium Madrid… In the end it is another favour that I have to pay for in the future, that support and that confidence that they have given me. They have been a source of motivation for these times. 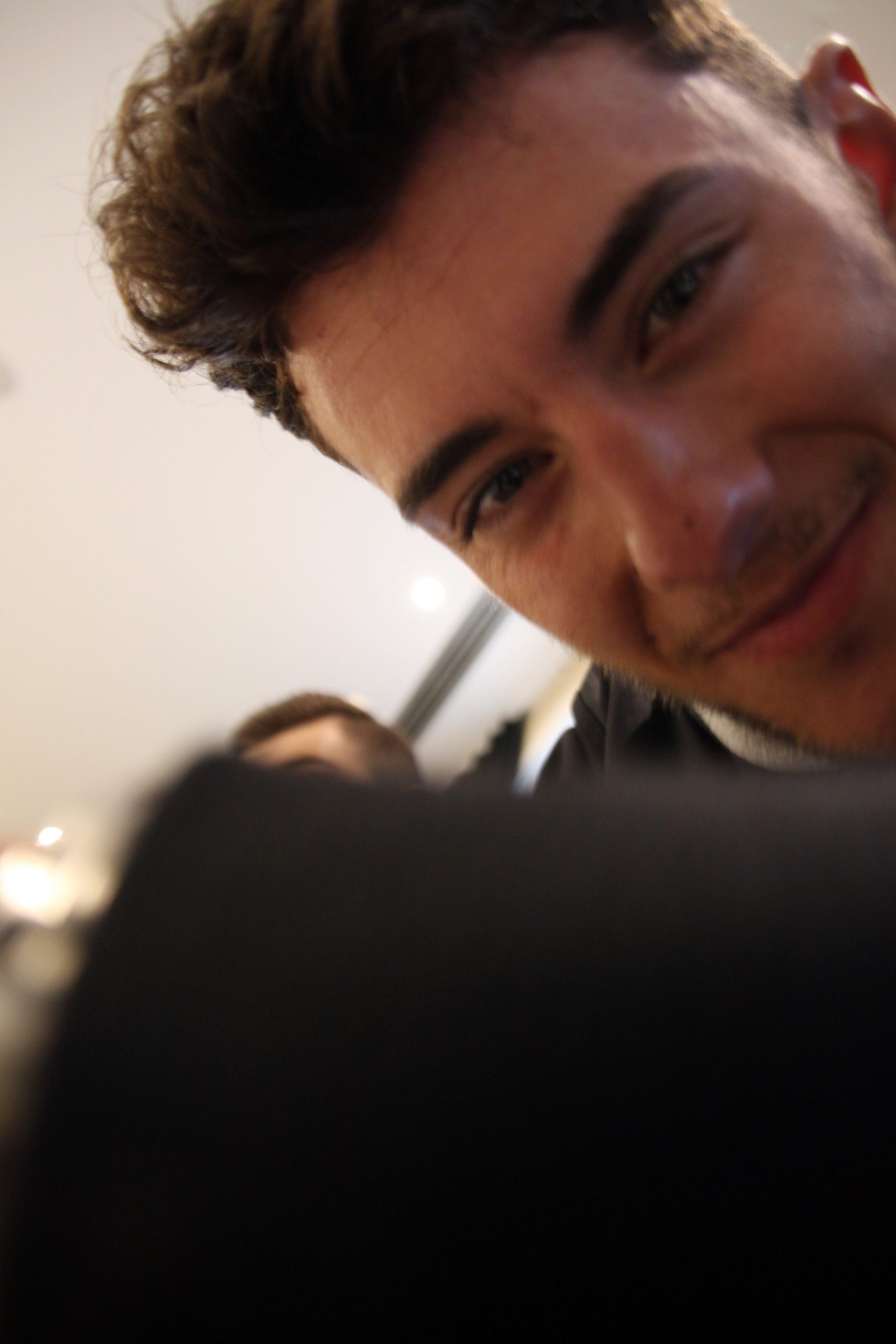 The passage to the professionalism, José Antonio, came after a great year in the u23 team where there were not missing the victories, up to five successes, with partial victories in the Vuelta a Zamora, the Clásica Velá de Triana and the overall final of the Challenge Vuelta a Sevilla and another stage in the Vuelta a Salamanca.

Maybe we didn’t have the names of other teams, but with a more humble squad we were one of the three best teams in Spain, without a doubt. Thanks to Rafa Díaz Justo and Carlos Barredo, we formed a very complete team both in terms of sport and technique. A great team.

This 2020 did not start in the best way for your interests. Neither last year, your season like neoprofessional, where you made debut in the inaugural time trial of the Volta a la Comunitat Valenciana in Orihuela…

Overall, 2019 was a pretty tough year. It wasn’t until the middle of the season that I was able to show my form on the road.  I had just done a good last year as an amateur. But the first year in the professional field did not start off in the best way. I didn’t have the best fit. Anyone who says they’re ready to pass is lying. You’re not ready. You have to adapt. Faster. Slower. But adapt. It’s another world. And then, mononucleosis, which didn’t help. I was doing well in training, my numbers were good. But in competition I don’t know what was going on. I wasn’t. I chained several dropouts. It’s your turn. My spring was very discreet, for no apparent reason. Until we finally found the problem.

And then came St. Ignatius Day and with it, the Getxo Circuit. Your best race of the season?

By many things, yes. I was feeling very well, actually, but it was a pleasant surprise. During the whole day the sensations were very good, always pending of all the cuts. In the team we were going with the clear idea of fighting for victory with Stefano Oldani. But it was a hard day, a crazy race from the beginning. There was a lot of wear and tear. We all noticed it. 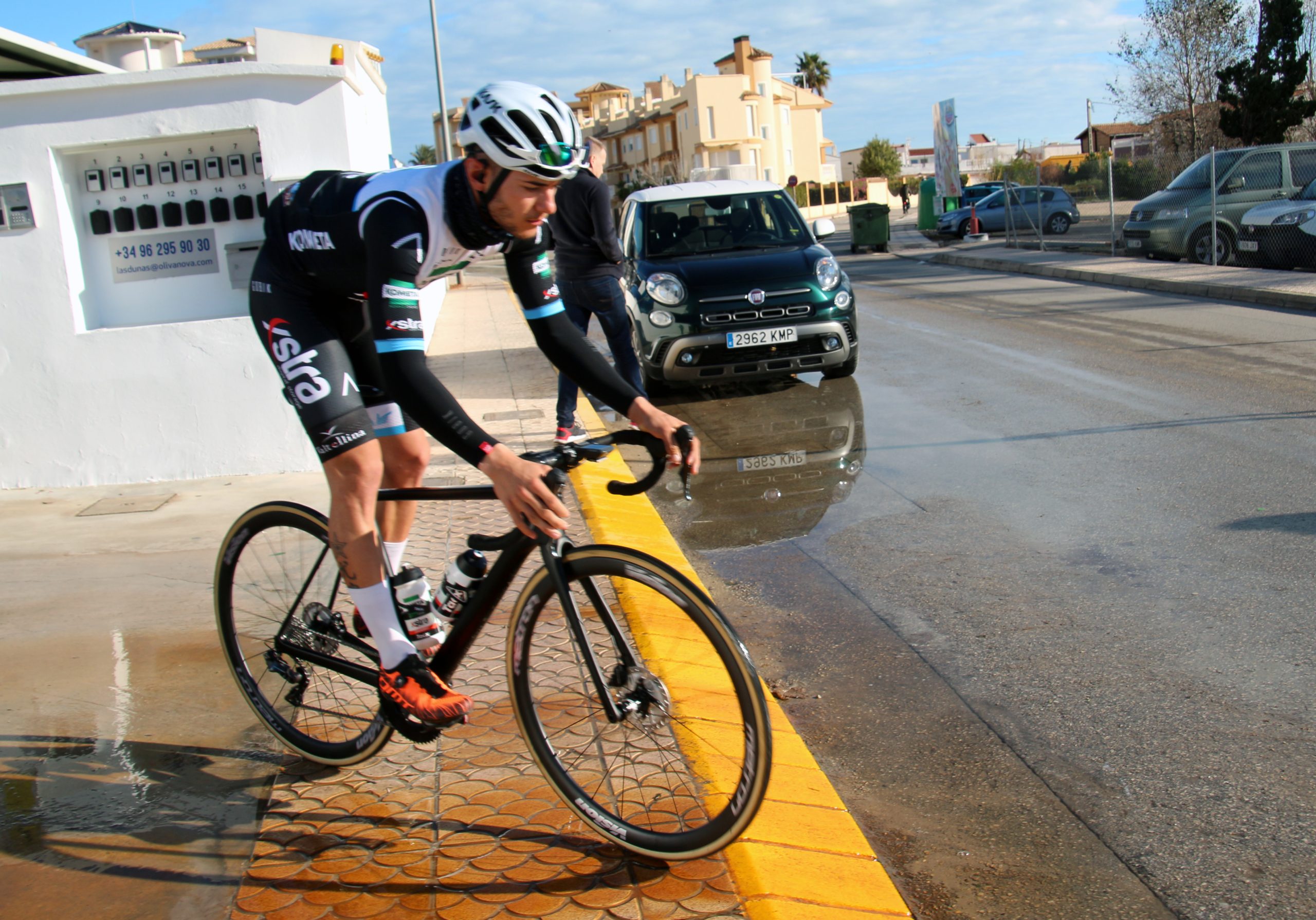 In Getxo you had the visibility that you couldn’t have in all the previous races, even with several moments leading the race. How was it?

It happened that we formed a small group, several riders, during the penultimate lap. I could see that people weren’t doing well at all. Instead, I was comfortable. With two laps to go I thought, why not, I started at the finish line and went off alone for a few laps of the race. There was an agreement at the back and I let myself go. In the group came Oldani, I had to support him. And in those conditions to persevere in solitary was meaningless. Then Winner Anacona, Fernando Barceló and Sergi Chernetskii started. I took that cut. We understood each other well, and we went all the way to the final pitch. I was already at that point. They caught us at 200 meters, at the beginning of the slope, there was little else I could do. I ended up very happy.

The high spirits of that good performance allowed for greater optimism for the imminent Vuelta a Burgos. But the prologue of the Burgos round was difficult in your family…

Two days before the Tour of Burgos, my sister Patricia was confirmed that the lump in her breast was cancer. I lived it very close from the beginning. I went with her to get the results. It’s one of those news stories you never want to hear, and of course even less so for your family. It was a big stick. I didn’t want to fall apart. In Burgos I tried to do my best.

That’s why in that race you had a striking dye in your hair that attracted attention, but had a very important reason…

Yes, it had a symbolic value. When we heard the news my sister cut her hair to avoid future ‘impacts’ and I dared to dye my hair to accompany her. It was a way of encouraging her. If she could get the strength to fight, I had to get them out too so that she wouldn’t see me as bad and serve as her support, giving her strength myself. For the family it was a stick. Imagine the moment. Many cases that are detected end well, I refused to see the negative side. And thank God everything went well at the time, even though she’s still undergoing treatment.

Beyond all these adversities, what is José Antonio García’s reading of the Alberto Contador Foundation’s sports project in the continental category?

The team always gives everything. We must also be aware that most of the time we compete against WorldTour and ProConti teams and that, when it comes to forming a line, is an additional problem for a continental team. We don’t have the respect that you have for other structures. Every race we go to we go for it. The performance has been pretty good. Important things have been done. We have to be very happy with how 2019 went and, looking ahead to 2020, we just have to wait and see what we can run, and when, to do it the same or better than last year.