First race of the season of the junior formation, first great joys. The Catalan rider Juan José Rosal won this Saturday in the junior event of the Circuito del Guadiana, a race of 88 kilometres before the elite and sub23 race with which the Spanish Cup starts this Sunday. A result that gives continuity to the victory of Carlos Rodriguez in the 2018 edition and that comes to reward the great presence of the formation of the Fundación Alberto Contador on the roads of Extremadura, where he also ended up winning in the ever-appreciated classification by teams. 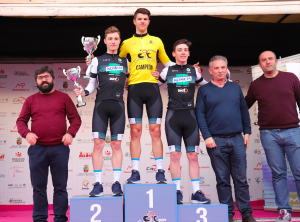 On the classic route, two laps of a circuit of more than 40 kilometers that included two steps by the ramps of the town of Magacela as a great orographic difficulty, the protagonism of the Kometa Cycling Team started in the breakaway. The Spaniard Raúl García, on the day of his eighteenth birthday, had a great performance. Accompanied by Alejandro Piquero (OID) they stood out at the head of the race after the first pass through the climb. Coworking, actively collaborating, they consolidated a minute and a half income. In that journey García was the first to cross the flying goal established in the first step under the finishing banner; in those time margins they faced the second step through Magacela. 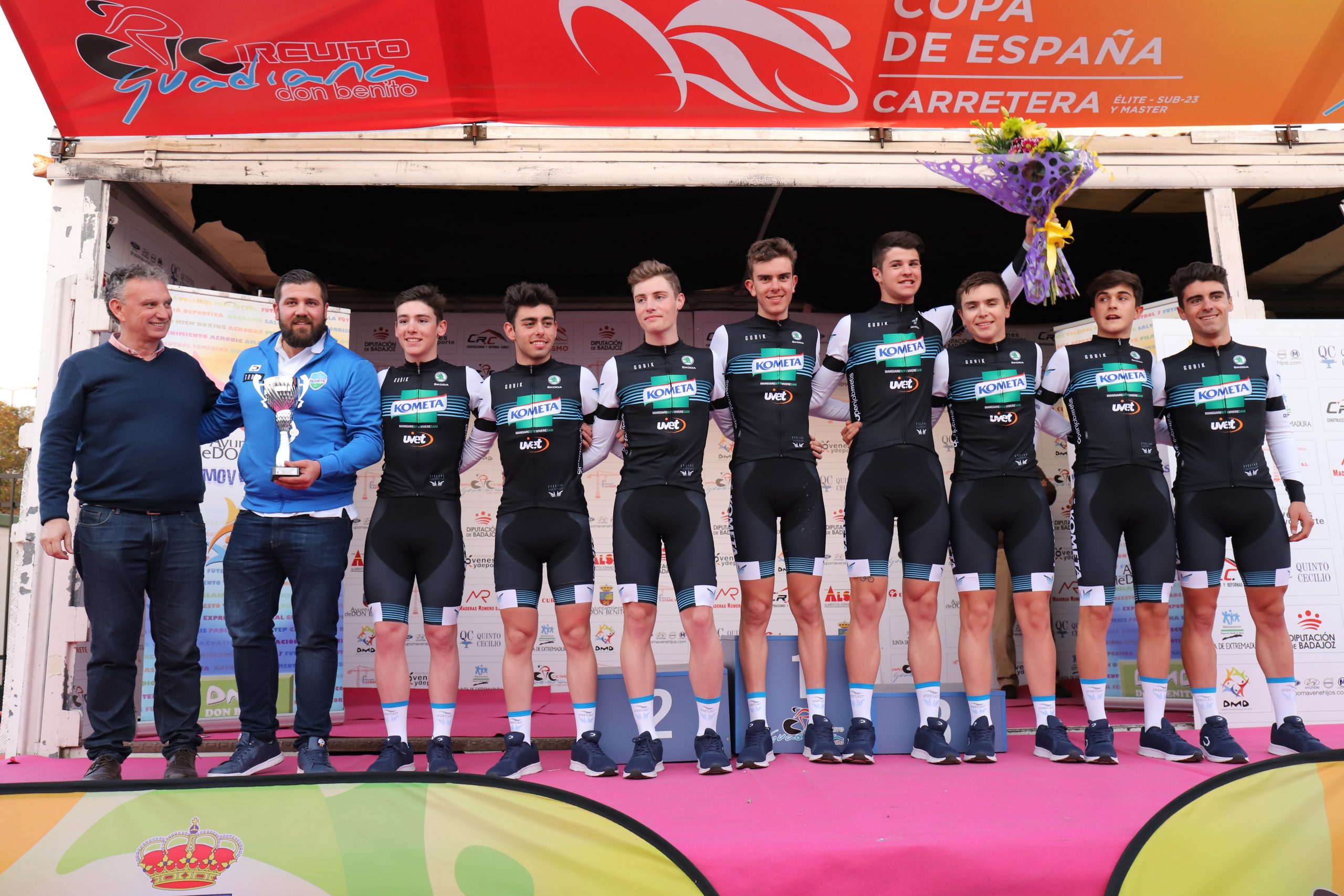 With ten kilometers to go, the pair rode with a 50-second margin over their pursuers. Attacks began to follow one after the other. In the last six kilometers García and Piquero rode with 25 seconds on a group of thirty units. In a context of several attacks and constant movements, this small platoon went on to lead the race in the last kilometer. Juan José Rosal did not wait for the volata, he accelerated in a moment of doubt and to the general surprise he managed a sufficient distance to celebrate the victory while behind his colleagues Pablo Gutiérrez and Javi Serrano took the other two places on the podium. A hat-trick to start a new season.

Juan José Rosal, winner of the Circuito del Guadiana 2019: “A hat-trick is always a lot of excitement, and even more so being the first race of the season. We came with a lot of desire and the truth is that it is impossible to start the year in a better way. During the race I have always felt with very good legs. In the second pass through Magacela I found myself riding in front and even managed to get into a small group that formed, but in the end we caught the pack again. Already facing the finish line, after catching the escape, there was a small impasse, nobody pulled. I’ve decided to start and from that moment on, to the top until the finish line. I didn’t expect to win, but you always come with the desire to do your best. For this season I hope to continue with this streak and help as much as possible to the team”.