Joel Díaz from Barcelona, seventeenth classified 2’12” behind the leader Thomas William Smith (Zappi), is the best placed in the provisional general classification among the riders of the EOLO-KOMETA Cycling Team after the double sector celebrated this Saturday.

In the morning, under milder temperatures, a semi-stage in line in which the riders flew from the initial flag, even with leader Smith getting involved in some cuts. The average time was 42.7 kilometres over a course of less than 70 kilometres, with the climb to Unbe providing the toughest part.

Finally, after many breakaway attempts, some with the signatures of Balazs Pollner and Manu Sanroma, in Sopela there was a sprint of a group of about 40 riders (Balazs, Balint and Joel preentes) in which the fastest was the Basque Yago Aguirre, current Spanish champion of the category. In that volley, Joel Díaz finished tenth.

For the afternoon, in his return to the designs proposed by the Sociedad Ciclista Balmasedana, the time trial climb from Trapagarán to La Arboleda, in the surroundings of La Reineta. Seven kilometres on a wide road, very constant gradients, around 5% and 6%, and a dozen scenic horseshoes.

The victory in the time trial went to the Colombian Guillermo Juan Martínez (Boyacá), 28 seconds better than the time set by Estanislao Calabuig who was second overall, two seconds behind Thomas William Smith who defended his yellow. On the part of the EOLO-KOMETA Cycling Team the best time came from Joel Díaz, 20th at the finish, 1’17” behind Martínez.

Late in the day the organization confirmed a change in the route of the final stage of this Sunday. Due to the indications of the authorities in view of the heat wave that is sweeping the peninsula and the obligation to finish any pre-set sporting event before midday, the organisation readjusted the itinerary.

A climb to Umaran and another to Avellaneda were removed from the route as a result of the elimination of the route between the first and second pass through the finish line in Balmaseda, leaving the stage at 67.3 kilometres. 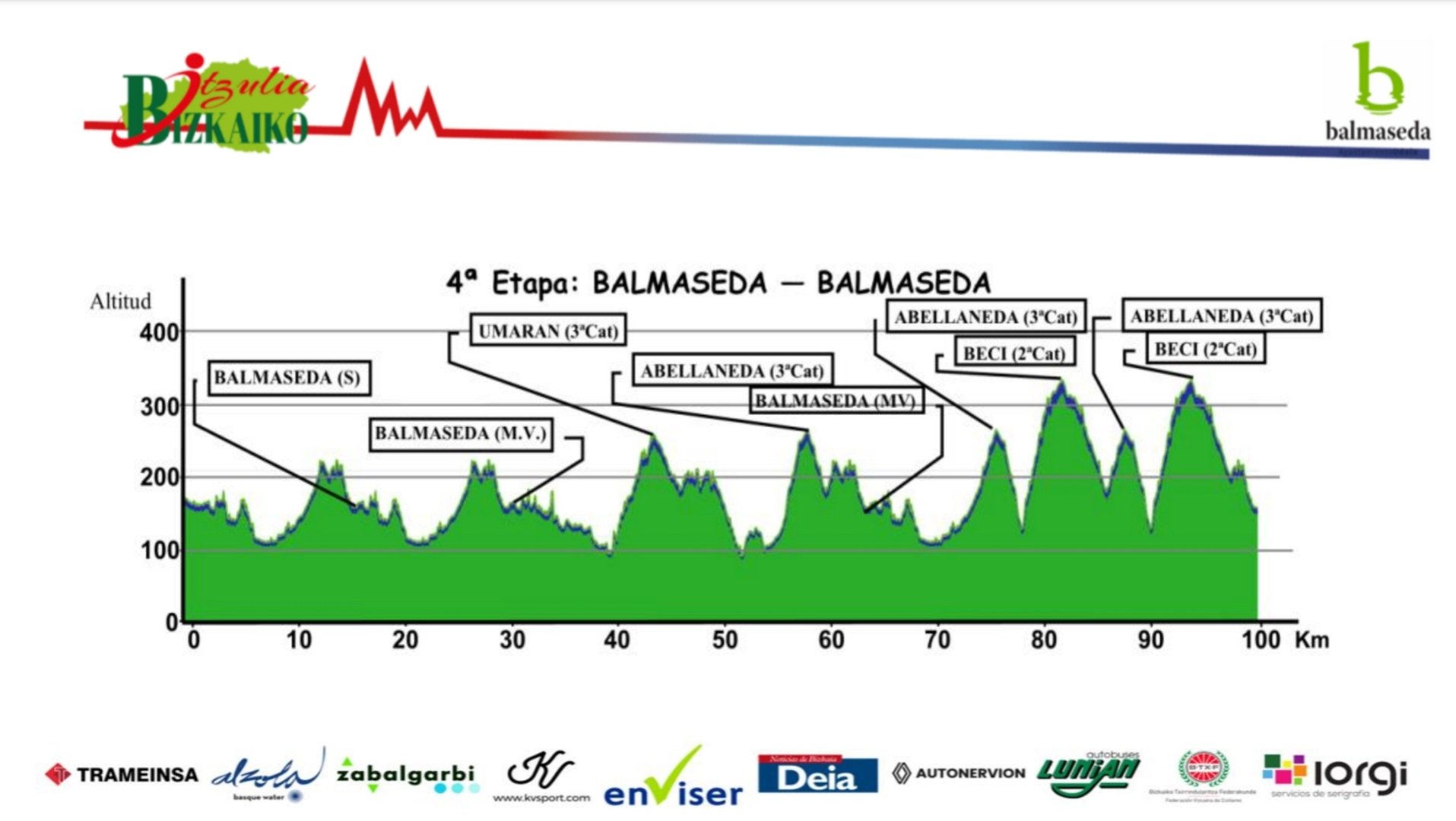