Neither in size nor in population, Denmark is not a country that stands out for being a specially populated or extensive territory. Its geography is also peculiar, given the more than 400 islands that make up its territory. But when it comes to cycling, this Scandinavian nation of just under six million people is a seedbed of good riders. For decades there has never been a lack of a group of Danish cyclists who stand out in the pack. In Yorkshire Mads Pedersen conquest a gold medal on the route to reward the historic presence of their cycling at the frontline. A job that has reaped many successes in youth category and have had their special hunting ground in the male time trial sub23, with four gold in the last five years. 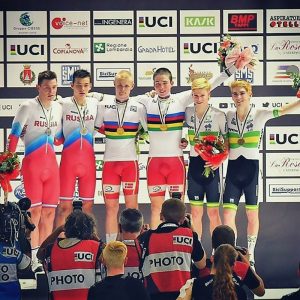 In the velodromes the Danes also have good riders. In a historic medal in the absolute categories, in fact, Denmark is one place ahead of Spain, eleventh against twelfth. The Danish lower categories are also fertile in producing champions. And in this field has had the opportunity to highlight one of the new riders of the Kometa-Xstra 2020. Mathias Larsen, the son of Nicolaj Bo Larsen, won the gold medal in the Madison modality, forming a couple with Julius Johansen, the world champion in the youth category (Bergen 2017). A year earlier, in Aigle (Switzerland), he had won a silver medal in the team pursuit quartet.

“I started cycling on the track when I was thirteen,” remembers Mathias during the pre-season rally he faces with the Kometa-Xstra at Oliva Nova Beach & Golf Resort. “Many of my friends in the cycling world were already practicing at the velodromes and there came a moment when I thought why I could try and see how it was. So I decided to try it. I thought it was so much fun! So I continued to track”.

And in your plans are you still maintaining that relationship? There are not a few cyclists who face the road calendar but also have the opportunity to compete in the velodromes. During the concentration in the Spanish Levante, also transcended as two of the best riders on the Spanish scene, Sebastian Mora and Albert Torres, were going to compete in a WorldTour formation as Movistar with a view to the Olympic year. “I still ride in the velodrome during the winter because I think it’s a very good training, but I’m completely focused on the route. The road is my 100%,” he explains. 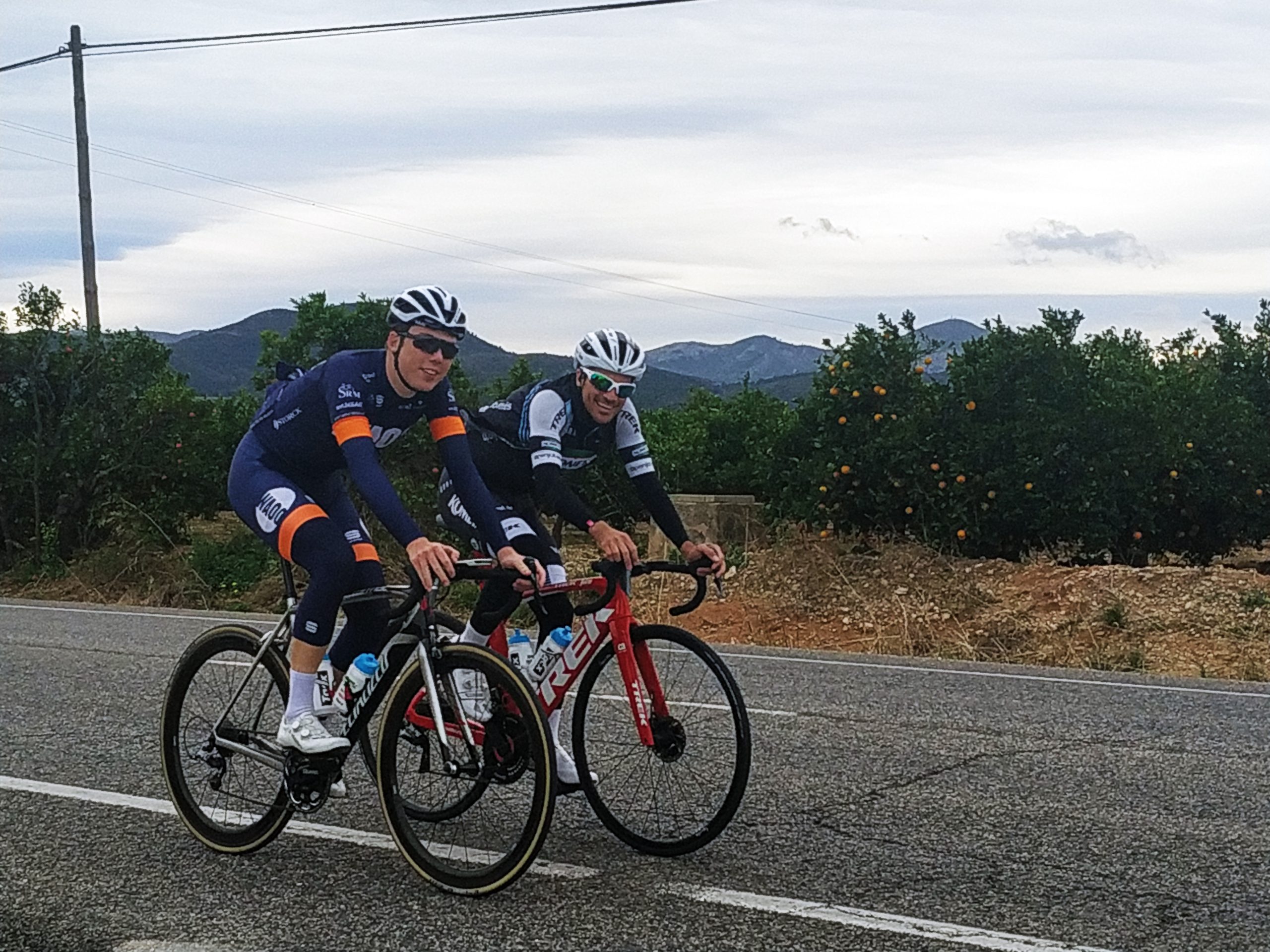 On the evolution of this first training camp with the team the cyclist from Copenhagen is very satisfied so far: “Yes, everything is going great. I’m feeling very good in training and the relationship with all the teammates is very good. They are all very nice people”. Questioned about which is his favorite discipline of track cycling or which one he would stay with, he says: “I think with Madison. At the end of that race I won the world title”. The rainbow sweater, framed, presides over one of the walls of his house.

In the sporting direction of the team the feeling is mutual. “We had very good references to Mathias as a rider, but he surprised us even more. He is a very fast cyclist, has an impressive physical condition and a lot of room to continue growing”, assesses Jesús Hernández, director of Kometa-Xstra. Dario Andriotto, second director, came to compete against Mathias’ father, Nicolaj Bo Larsen, during his fifteen years as a professional. “The profile of the cyclist varies, but physically they are really very similar. On the bike they have the same plant. His father was a very powerful rider, very strong, when he started the bike was for the whole day. Whoever could follow him”, remembers Andriotto about a cyclist who won a stage in the 1996 Giro d’Italia. Mathias, in his youth, finished third in the Paris-Roubaix junior 2017. A rainbow in the Kometa-Xstra.