He has undoubtedly been one of the most outstanding riders of the 2022 season, not only in the U19  structure of the Contador Foundation, but also in the category. Nil Aguilera has had an outstanding second year as a junior, making a great sporting evolution. With last season, from Girona, in whose university he has begun to study the degree of Physical Activity and Sport Sciences, the rider from Igualada highlights a very positive reading of this 2022. “I’ve had a very full calendar, I can’t complain at all”, he says.

“Both in terms of experience of the season itself and learning, this has been a very productive year. In general, it has been very productive both in terms of sport and academics”, says Aguilera, who was one of the many runners who had to combine competition with classes and preparations for the University Entrance Examination (EVAU). Books and notes were as much his travelling companions as his Kask helmet, Koo glasses and DMT shoes. “I had the exams just after the Spanish Cup in Vitoria and the Nafarroa Klasika”, he recalls. 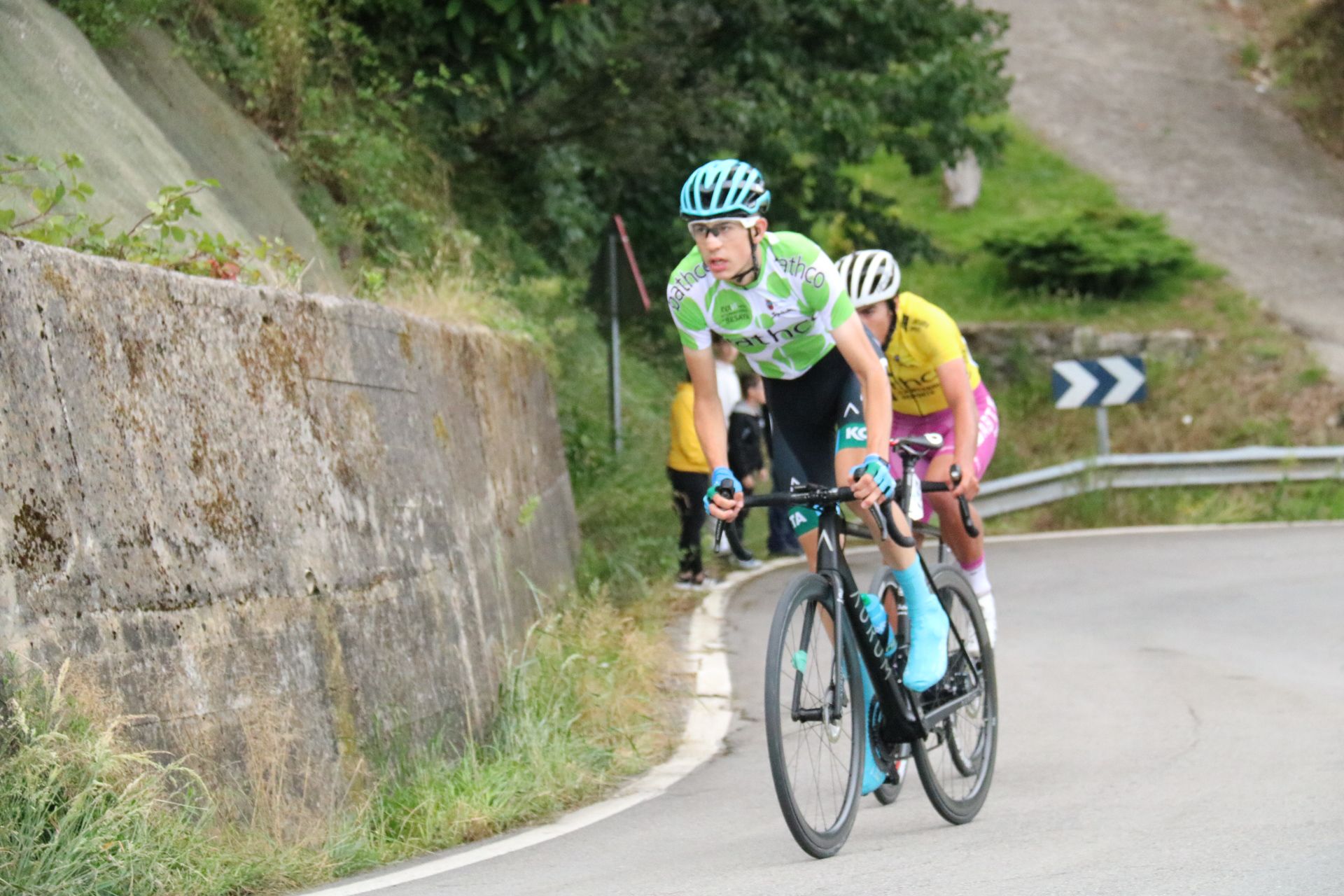 Of this whole campaign, Aguilera has one moment, one place and one race in mind: the Collada de Cieza, before the finish line in Los Corrales de Buelna, the last stage of the Vuelta al Besaya. “I will never forget it, of course. It was a very important victory, but I really enjoyed myself on the bike that day. I suffered a lot, but I enjoyed it. I had good legs, but also moments of suffering that ended up having a nice reward”, he says of a day where he won the stage and finished second overall”.

That day, he had a vibrant head-to-head battle with Portugal’s Antonio Morgado, the eventual winner of the race. Morgado was also a co-star of the road race at the Wollongong World Championships together with the German Emil Herzog and although Aguilera was not called up for the World Championships, that race aroused intense emotions in him. “In the end I have been competing face to face with both Morgado and Herzog, in the Ain Bugey Valromey Tour. I had the opportunity to measure myself against them, against the two best riders in the world, and that was a privilege that not everyone can have”.

Aguilera is leaving a youth category for 2023 in which, he believes, there are changes that are here to stay: “In the end everything is moving forward, everything is becoming more professional and it’s something I see as a good thing because if we don’t move in that direction, we are talking about a dynamic at European and international level, we will remain stagnant”. And the future? “Well, we look to the future with the same enthusiasm and the same ambition, with the desire to try to achieve good results and to continue working hard, day by day, gaining more and more experience”.