The U23 EOLO-KOMETA Cycling Team directed by Rafa Díaz Justo and Dario Andriotto is ready for the start of the season. The amateur structure of the Alberto Contador Foundation will concentrate in Oliva Nova from February 10 to 16, a stage after which immediately will arrive the competitive debut of the season 2022.

Almagro, home of the Memorial Manuel Sanroma, will host the third weekend of the month, on the 19th and 20th, the official competition debut of the new campaign. With the celebration of the emerging La Mancha event, a very hectic cycle of competitions begins, with a double front in both the Spanish and Italian calendars.

On Sunday, 27 February, a new edition of the U23 Elite Spanish Cup (Copa de España) kicks off in the Extremaduran town of Don Benito with the celebration of the iconic Circuito del Guadiana. On the same day, the almost centenary Coppa San Geo of Brescia hosts the debut of the structure in the Italian ‘amatoriale’ calendar.

The following weekend, already in March, the tonic is repeated. On Saturday, March 5, the team will compete in the Memorial Polese de Cimadolmo, in Veneto, while on Sunday, March 6, the second round of the Spanish Cup will take place in the Trofeo Guerrita de Alcantarilla, in Murcia.

On 13 March, the Aitzondo Klasika, one of the most demanding races on the Spanish calendar, and a new debut on Italian soil at the Trofeo Fubine Porta del Monferrato in Alessandria, in Piedmont, will be on the menu.

The second half of March promises strong emotions with the succession of races of the Spanish Cup, which is facing an important moment in its development, and the celebration of historic events in Italy. On Sunday 20th, the Memorial Pascual Momparler will be held. The following day, Monday, on its traditional date of the 21st after two years, the Gran Premio Primavera de Ontur (Albacete) hosts the fifth round of the tournament. In Italy, meanwhile, a century-old race such as La Popolarissima, in Veneto, will see the men in blue compete.

The month of March will close with the Trofeo Cittá di San Vendemiano – GP Industria y Commercio, scheduled for the 27th.

Félix García Casas, manager of the U23 team: “One of the most important moments of the season for any cycling structure is coming, which is none other than the training camp. Days of hard work, of intense work, but also very nice, for various reasons, and in a setting as incomparable as the Oliva Nova Beach & Golf Resort, which for structures of these U23 or junior categories is a luxury. It is a time to strengthen ties, to deepen the camaraderie, to create a block, while continuing to work with a view to the imminent competition. It is true that we already had a first meeting in December, which was also very important and where we laid the foundations of a work that the riders have been developing in a more individualised way in their places of residence, but this first meeting in 2022 allows us to put many things in common and to definitively adjust both the global calendars and the first races of the season. Another of the points that I would highlight the most about this imminent training camp, unlike other years, is its proximity to the competitive debut. Both the riders of the U23 team and the junior team have been working very well and now it’s time to put the finishing touch to this underground winter work”. 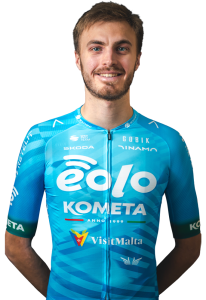 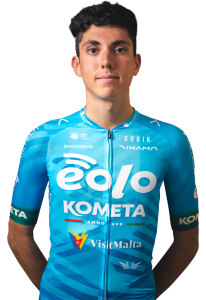