The fifth edition of the Vuelta a la Ribera del Duero came to an end this Sunday with a group of about forty riders facing the last kilometres well ahead of the best timetable and a sprint victory for Samuel Fernández Heres (MMR) ahead of Samuel de Pablo. The EOLO-KOMETA Cycling Team’s rider from Galapagar, Madrid, was close to a victory in Aranda de Duero for which he had also fought in the previous day, in San Esteban de Gormaz, where he finished third.

The 2021 edition of the race, the first in the UCI international calendar, had a strong American accent with the final victory of Luca Scuriatti who was flanked on the podium by his teammates in the Hot Tubes Development Cycling Team Matisse Julien, from Canada, and Artem Shmidt.

The American team had a great opening time trial, establishing some first important differences that they underpinned during the second stage, the one that finished in the castle of Peñafiel, with another generous time ration that would be definitive and would anaesthetize the fight for the leadership. On the part of the youth structure of the Contador Foundation, the Madrid-born Miguel Ramos, who suffered a fall without consequences during the final stage.

The team led by Guillermo Gutiérrez started the race with a good opening time trial, setting the third best time of the day. The second stage, however, detracted from their aspirations for the overall despite the great work done in the peloton. This work was not supported by the other structures when it came to offsetting the rents of the American offensive. In the final two days, looking for a presence in the breakaways, the team also explored its options in the sprints through Samuel de Pablo. 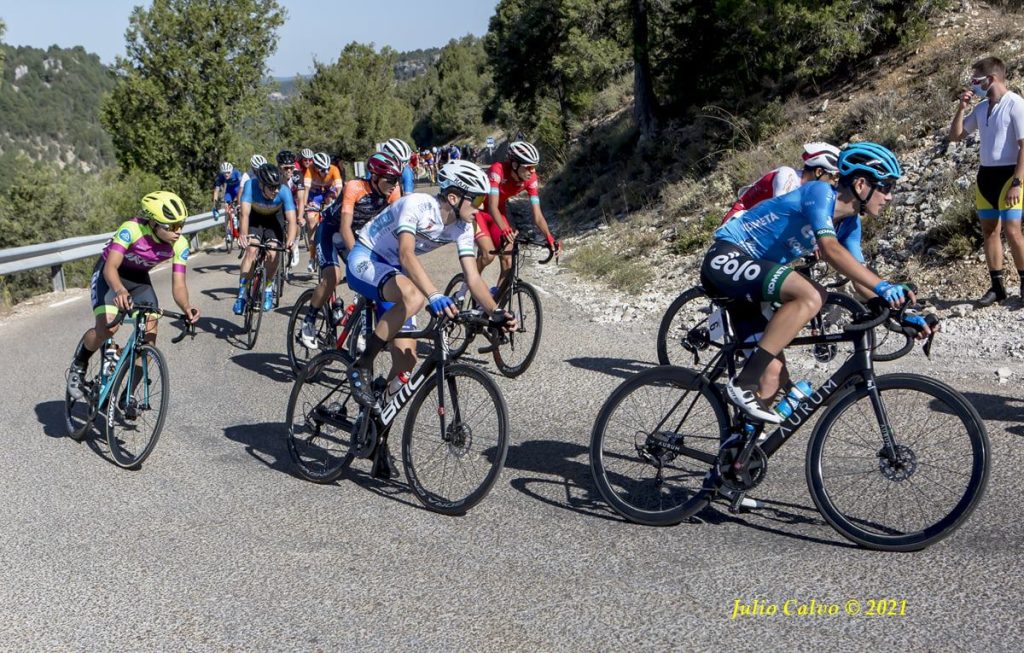 Guillermo Gutiérrez, director of the EOLO-KOMETA Cycling Team: “We leave the Vuelta a la Ribera del Duero with a good taste in our mouths, although we have lacked that victory that would have put the icing on the cake to the great work that the boys have done these days and that was seen from the first day with a very good team time trial. Samuel was close on Saturday and Sunday. The Hot Tubes were at a different level, with two important blows on the first two days”.

Miguel Ramos: “These days leave a good taste in my mouth. The truth is that it was a pity that in the second stage we lost the breakaway, a gap that was impossible to recover. But I’m looking forward to more and, above all, with a lot of ambition for the next races. I think we have gone from less to more in the lap and we have been very close to the partial victory with Samu”.