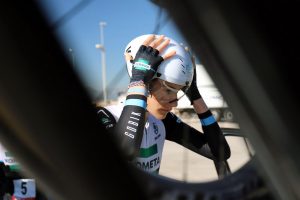 Three seconds away from the victory, the ‘eight’ of the Kometa-Xstra junior team finished the first weekend of the Víctor Cabedo Trophy in the streets of Vila-Real on Sunday morning. A time of 7:16 that was beaten in the last stay by the Bathco of the even more leader Juan Ayuso. The Tot-Net Terrassa and the Quadis-Trekk of the Club Ciclista Sant Boi occupied the third and fourth place, both at seven seconds. The Foundation’s youth structure has won six of the eight time trials held to date.

In the provisional general of the Memorial, Ayuso from Alicante is in charge with more than five minutes of margin over Jorge Gutiérrez and Pablo Carrascosa from Extremadura. After the time trial by squads, the Andalusian José Luis Medina is now in fourth place in the classification, 5:26 from the first position and only three seconds from the podium. With the dispute of the team time trial, the Kometa-Xstra also has two other riders among the first eleven: Pedro Beneit from Alicante (7th) and Alejandro Luna del Cerro from Madrid (11th). 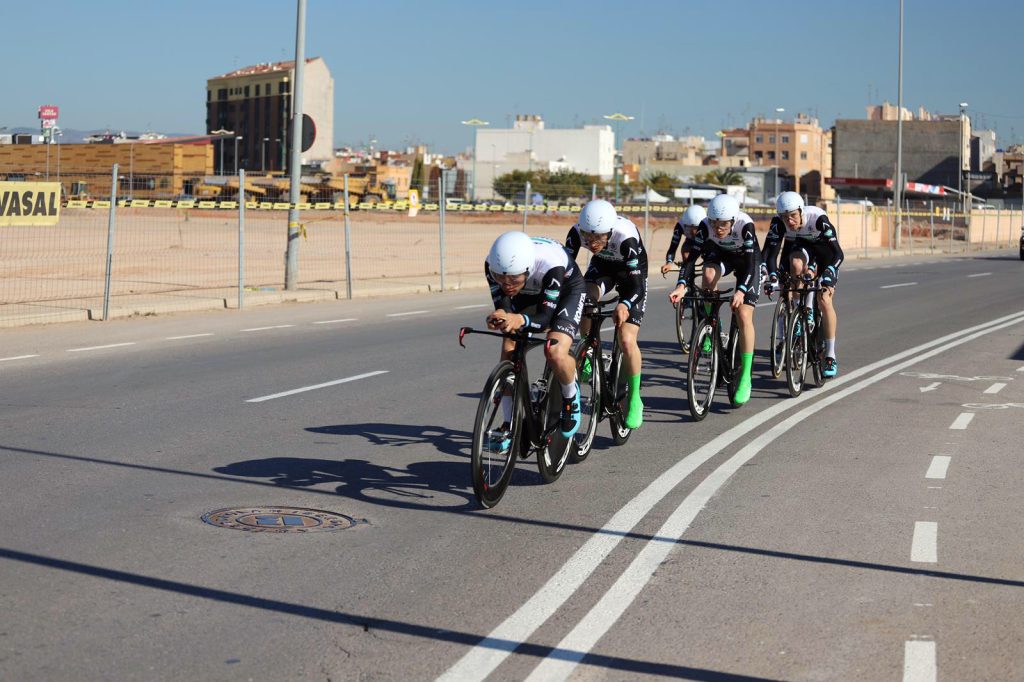 “The time trial has gone very well for us, although we have things to improve for the next races. On Saturday we missed the good breakaway and that condemned us to be all the race ‘rowing’. With today’s time trial I could be fourth in the general standings and there is still a weekend ahead of us in Cabedo where there will be a place for that podium. The classification is very tight”, said the Andalusian José Luis Medina.

Guillermo Gutiérrez, director of the Kometa-Xstra Cycling Team junior: “It has been a very interesting weekend, full of experiences and learning for the kids, facing different race situations. In Saturday’s race we met an immeasurable Juan Ayuso, who is one of the best young riders at a continental level. Today, in the team time trial, everything was much more even. And so it has been. Three seconds in a time trial of these characteristics are nothing. General Ayuso has it well on track, but there are two races left and everything can happen”.