Cantabria is once again the destination of the junior team of the Contador Foundation, which returns to competition a few days after its participation in the Challenge Montaña Central de Asturias and returns to La Montaña after its double presence a few weeks ago in the Memorial Chele del Campo and the Gran Premio El Baruco. A very northern cycle as far as races are concerned for a structure that is beginning to string together weeks of competition without breaks. Youth cycling needs, as far as possible, to recover that normality.

Originally, this was a weekend in which the Tour de Gironde, always interesting with its three stages and with good performances in recent years by the team led by Guillermo Gutiérrez, should be held, but the 46th edition of the famous French race was officially cancelled in mid-April due to the epidemiological situation in the neighbouring country and its organisation, with Didier Tiffon at the helm, confirmed that they are working with a view to 2022. 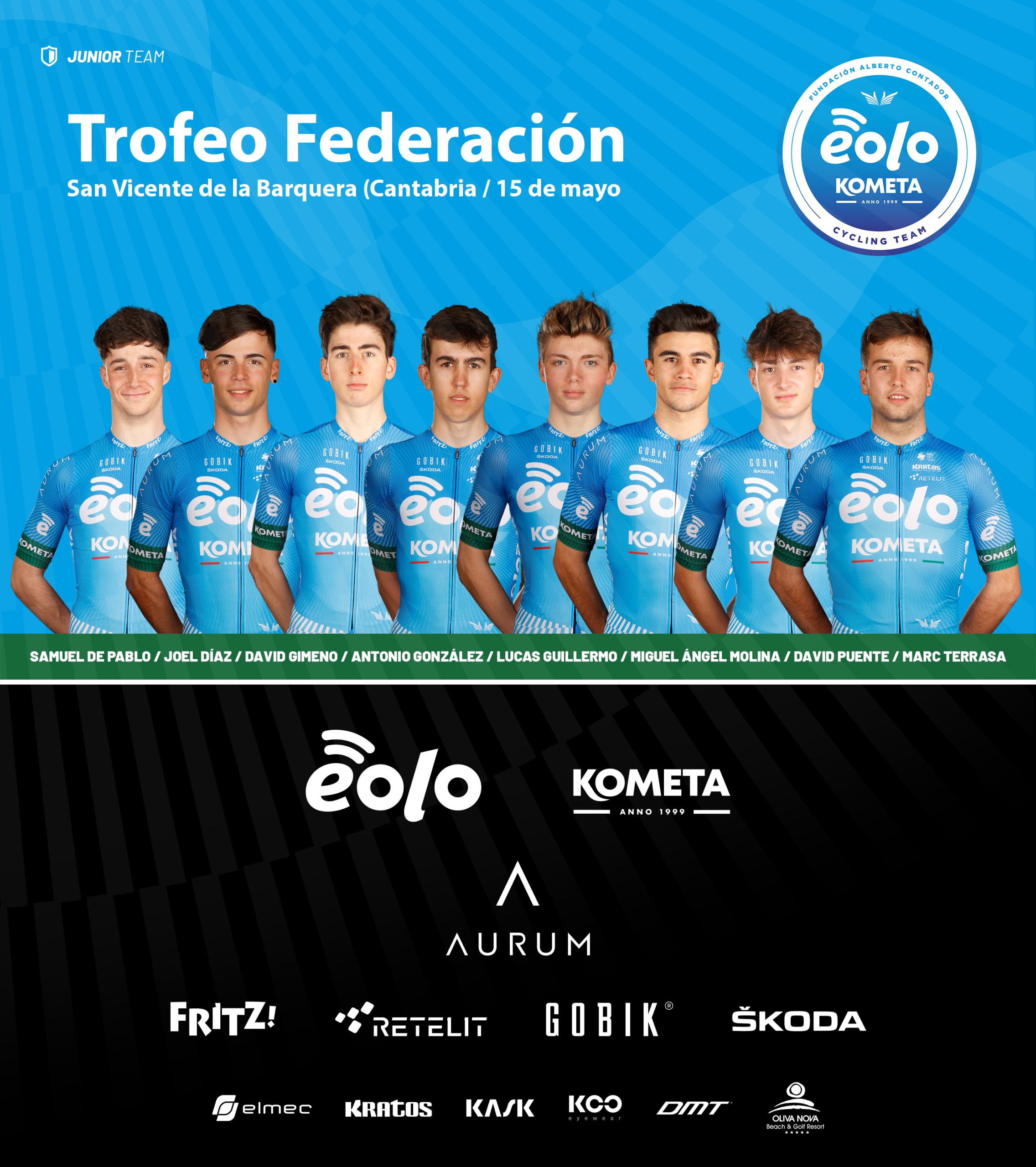 The important thing is to compete if the circumstances allow it. And an alternative has come from the Club Ciclista Occidental, the institution that has been working with the male and female base for many years with a project such as the Corbatas Pindal, and the Cantabrian Federation. Both institutions are setting up an 86-kilometre race with an interesting, leg-breaking route and a small incursion into the Principality of Asturias to tackle the climb to Colombres. The Alto de Bellavista is crowned with less than five kilometres to go.

In San Vicente de la Barquera there will be twenty riders, some of the strongest on the national and regional scene. Eight riders from EOLO-KOMETA will compete this Saturday: the Catalan Joel Diaz, the Castilian Antonio González, the Riojan Lucas Guillermo, the Balearic Marc Terrasa, the Cantabrians David Gimeno and David Puente and the Madrid riders Samuel de Pablo and Miguel Ángel Molina. Eight riders in good shape, some like Terrasa or González with good recent results and others, like Puente, already recovered from recent crashes.