All riders of RH+/POLARTEC Junior Team met this weekend in Madrid to perform, as every year, an analysis of what has been the season, check the state of physical and mental shape of each rider and programming competition of coming months. 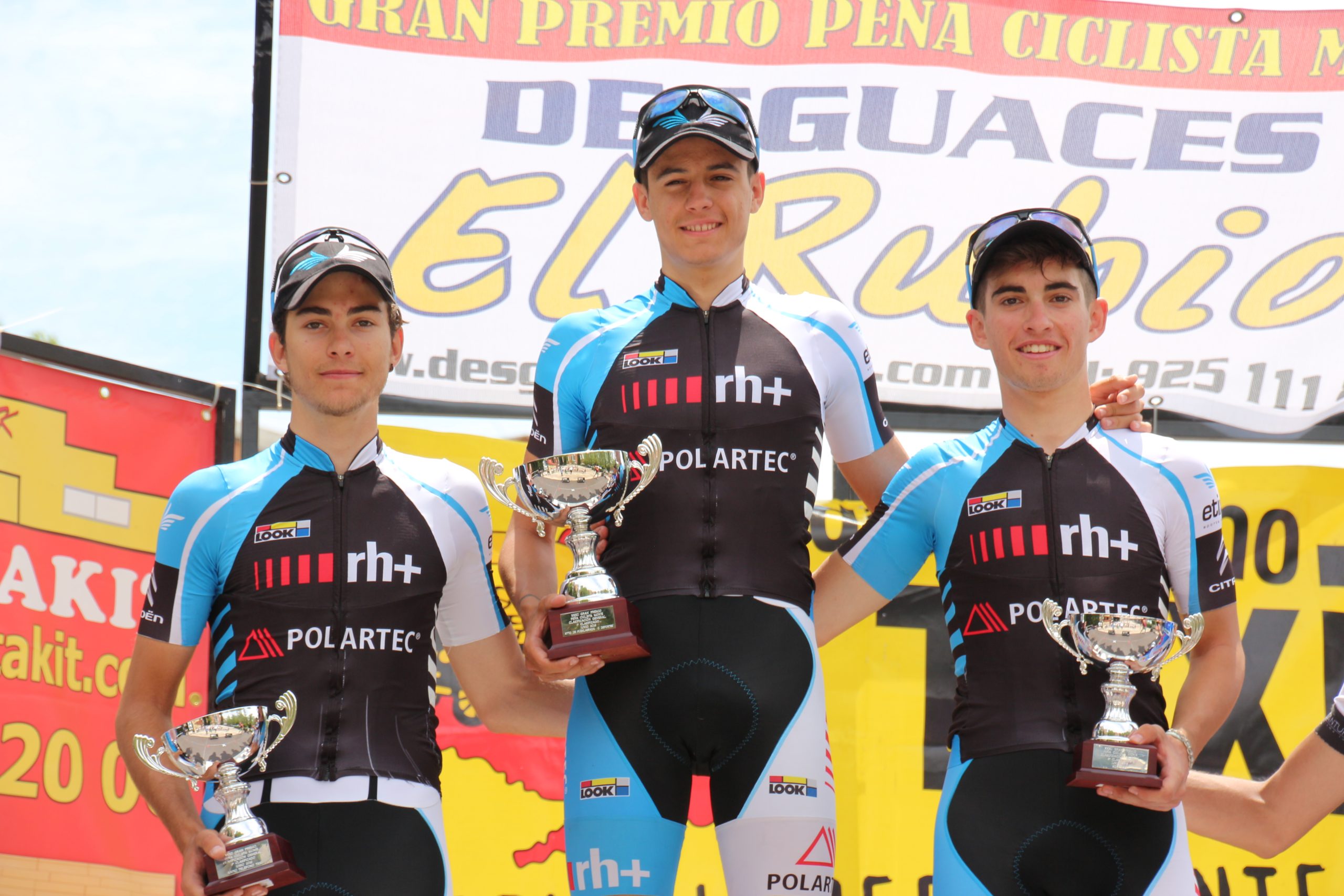 After this tuning of the team and a training output last Saturday, the weekend stage in Pinto was completed by a race relatively special in Fuenlabrada, as has been the only one in the year year in which took part all Felix Garcia Casas effective, except for Carlos Alvarez, slightly ill.

The test resulted in outstanding, as for a distance of 105 kilometers and three scoring climbs, the RH+/POLARTEC took the initiative from the beginning “to harden the race in the climbs, looking for situations of superiority”, as explained García Casas. Thus, at around 40 kilometers to the finish, went ahead three riders, both of which, Tomeu Gelabert and Alejandro Ropero, representing the RH+/POLARTEC Team.

Behind was formed an intermediate group of five men among whom exercised control two other RH+/POLARTEC riders, Carlos Garcia and Jose Antonio Garcia, though being also one of the strongest rivals of the category, Venezuelan Franklin Chacon, the director chose to stop them and go for those in the front.

Tomeu Gelabert was the first to attack and go alone, a move that soon after Alejandro Ropero repeated until both riders joined together to reach the finish line. Behind the sprint of the first group was won by Jose Antonio Garcia, after a good work of all his teammates, taking the triumph in all classifications, Teams, Mountain and Sprints.

“This stage has been a success, but not only for the victory in Fuenlabrada, but because the goal was to get everyone together, strengthen team spirit, talk to each of the riders individually and to go back home happy and the ambient group renovated”, concludes Felix Garcia Casas.