The junior cycling calendar is sailing weapons for the upcoming Spanish Championships of the category, which will be held in Soria between Friday and Sunday, although the good results have not stopped coming for the young talents of the Polartec-Kometa in some of the regional events held last weekend.

The Catalan Juan José Rosal imposed his top speed in the 37th edition of the Cursa Festa Major de Sants-72è Trofeu Enric Armengol, a meeting point for the Catalan Cup of his category held on a circuit and with a total of 30 kilometers. It is Rosal’s second victory in the current season after his success in the last stage of the last Vuelta a Valladolid. 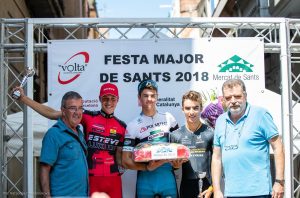 “It was a very short race, just 50 minutes long. A one-kilometre circuit and a’start-stop-start-stop’ constant. The race ended up getting very tough because of the constant attacks,” Rosal recalls. “I knew that if we arrived in a massive sprint I had my options, so I decided to save and go only for the important attacks.  The last five laps were full of constant attacks, but I managed to stay calm and wait for the right moment to launch a sprint that I like: long, clean and fast. A victory at home with a little more motivation to finish the season with the same desire as we started”. 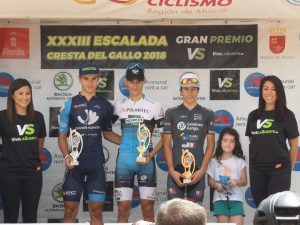 Oliver, for his part, won the 33rd edition of the Subida a la Cresta del Gallo (Rooster’s Ridge Climb, into english), which linked the Algezares and the summit of this iconic orographic difficulty near the capital of Murcia on a little over 6 kilometres.

“It’s a race where you start at full throttle from the start. I started off and left alone, but with two kilometres to go, a small group of four runners took me. I chose to lift my foot, because I knew it could be done long…”, explains the climber from Murcia. “With a mile to go I had a mishap with the chain. It came out and I didn’t want to go in. The rivals were pretty much gone, but I managed to get them within 400 metres of the end. And there I launched the decisive attack that allowed me to win. This win before the championships gives me confidence”.