The Valencian Pablo García, the Cantabrian David Gimeno, the Castilian-Leonese Antonio González, the Madrid-born Miguel Ramos and the Balearic Marc Terrasa, all of them second-year juniors, make up the quintet that will compete between this Saturday and next Wednesday in one of the usual races of the junior structure of the Contador Foundation outside the Iberian borders: the Ain Bugey Valromey Tour. The French event is one of the major competitions of the category at continental level and it is always a privilege to take the start in the not easy routes proposed by its organization. 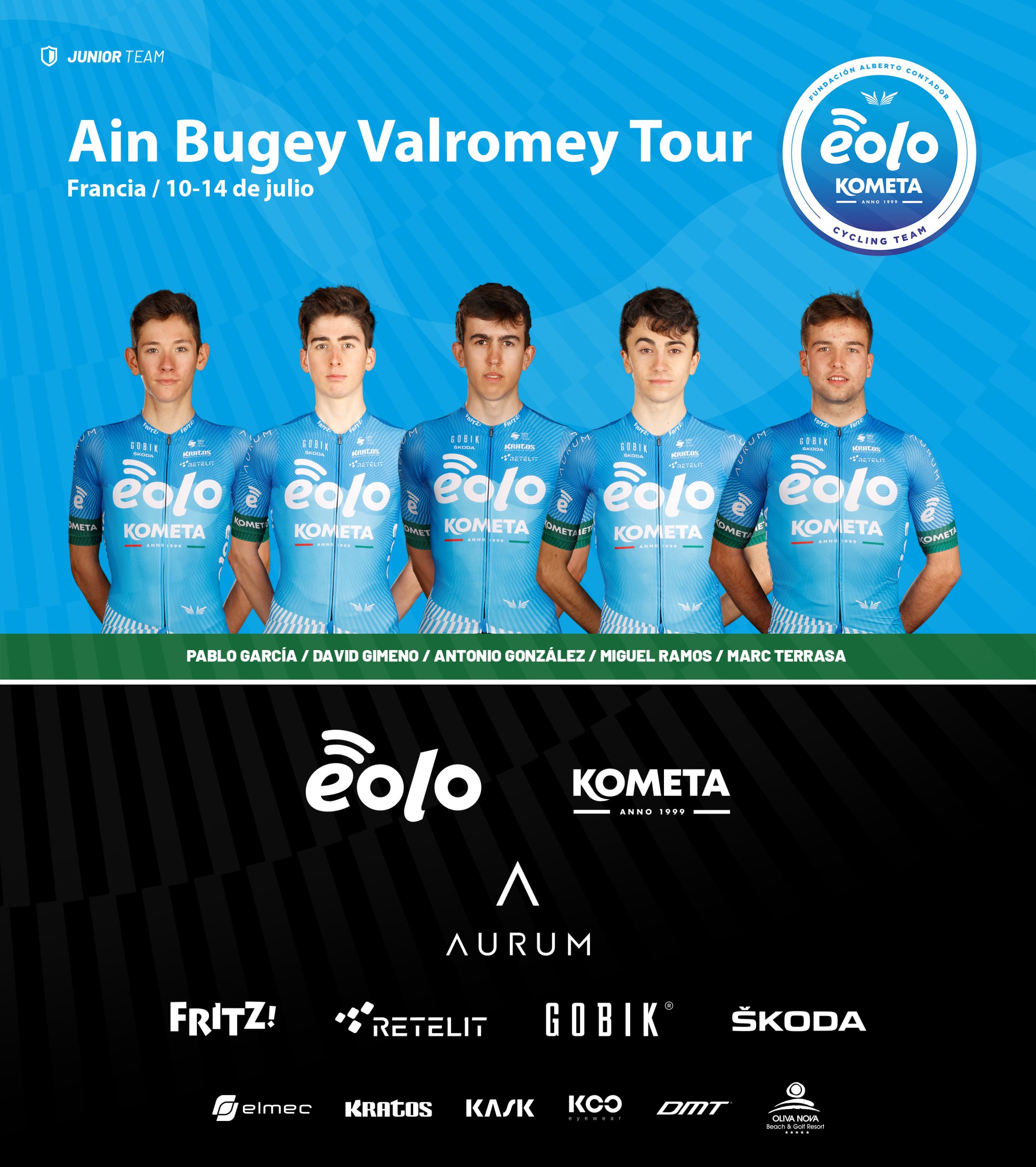 The Ain Bugey Valromey Tour is always an unbeatable opportunity to compete against other European and international cyclists and to gain valuable personal experience, not only in sporting terms. In 2018, the Catalan Álex Martín, today a rider of the U23 structure, won the final overall after a formidable performance in the last stage of that year, a goal that he repeats now to close the event.

After the forced break in 2020, in 2021 the Tour de l’Ain junior returns to the roads with a large peloton of 34 teams and a demanding proposal with, as usual, the climbs of the Jura Massif taking centre stage. The Col du Grand Colombier climb, which the riders will have to manage midway through the third stage, finishing in Culoz, undoubtedly stands out. But there will also be a final stage with a summit finish and other first category passes along the route. A menu of 19 scoring passes is spread over the almost 500 kilometres of this edition. Plenty of terrain for the offensive. A lot of terrain to test one’s own strength and that of others.