Challenge de la Montaña Central
From 7 to 9 May

The progress of the year is allowing youth and junior cycling to take on a new lease of life and gradually reach a certain normality. In this context comes the first stage race of the season for the youth structure of the Fundación Contador. A race with a great tradition in which important results have been achieved in the past. In short, the Challenge Montaña Central organised by the Club Ciclista Puerta de Asturias. And in 2021, with a high finish, and what a finish it will be!

Twenty-one teams, a peloton of 140 riders, 246 kilometres of route… A large participation and a demanding route, destined to be among the two or three toughest of the year due to the size of some of the climbs. For this race the director Guillermo Gutiérrez has called Joel Díaz, Pablo García, David Gimeno, Antonio González, Miguel Ramos, Miguel Ángel Molina and Marc Terrasa. 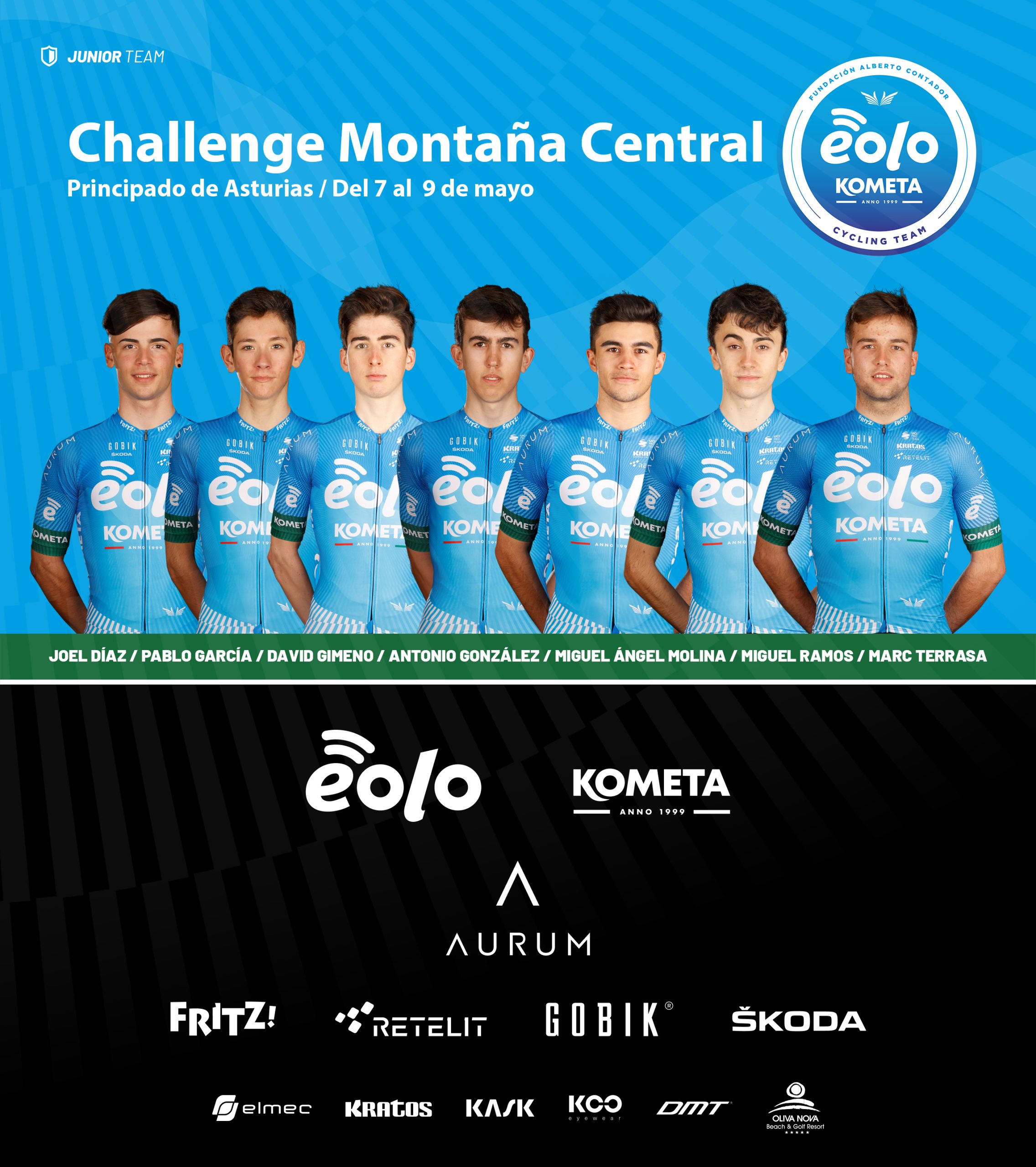 The ramps of the Alto de Carabanzo, recently ridden by the professionals in the Vuelta a Asturias, will determine the outcome of the first stage this Friday; the summit of this peak is only five kilometres from the finish.

The following day, in a day of great mileage with start and finish in Pola de Laviana, it will be the ascent of the Faya de los Lobos that will take the baton as the hot point. La Faya, a climb with a different morphology to that of Carabanzo, is crowned ten kilometres from the finish. On the slope it faces, from Blimea via La Casilla, it has important numbers. According to 39×28 Altimetrías, 4.4 km at 8.2%.

For the end of Sunday’s fiesta, arrival at the Alto del Cordal. The climb formerly known as La Soterrada will decide the general classification due to its toughness. In addition, the final climb will be preceded by another pass through Carabanzo. Five and a half final kilometres with an average of over 9% and frequent ramps of 12% and 13%.