This is a stage with a very deceptive profile, much more demanding than it might seem because it covers land close to the Montes de Toledo and because it has areas that are very exposed to the action of the wind. Alicante’s Juan Ayuso made his umpteenth exhibition of the season and won solo in Alcaudete de la Jara. The Balearic Francesc Bennassar, for his part, repeated the fourth position from the previous day. 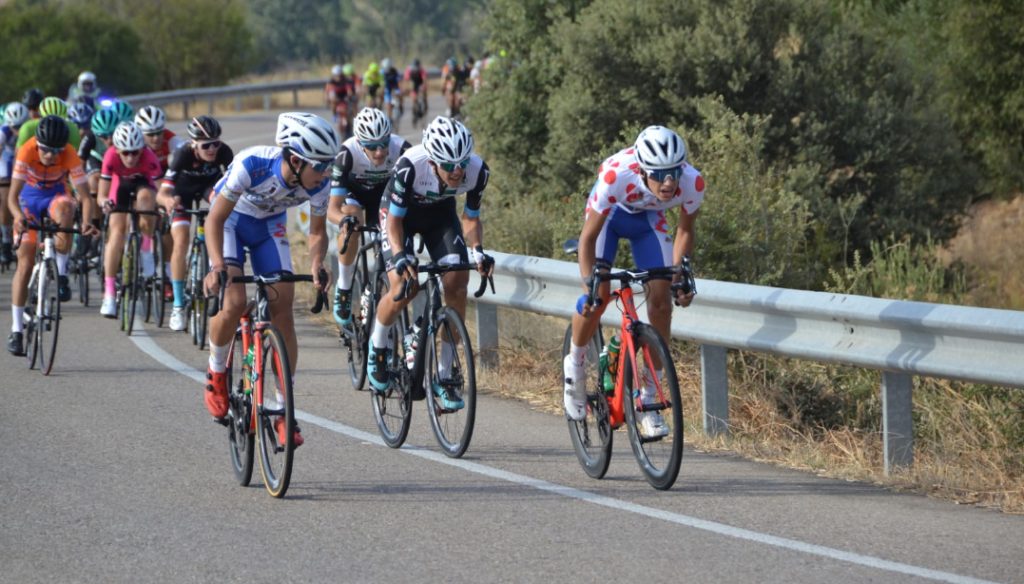 After some beginnings in which the peloton stayed very grouped, five riders would stand out to the command in the land previous to the ascent to Sangrera. The aforementioned Ayuso, the Extremaduran Antonio Nieto (Ciudad de Talavera), the Salamanca-born Daniel Martín (Artepref) and the French Nicolas Vinokourov and Pablo Sánchez (Monaco) would leave despite the efforts of a group of nine riders, among them Antonio González from Soria, to fill the gap.

The five would always run with one minute on a pack where the boys of the Kometa-Xstra, the Salchi and the Unión Ciclista San Sebastián de los Reyes were struggling. Ayuso and the two Frenchmen would leave in one of the non-scoring climbs past the town of Santa Ana de Pusa, but the Alicante native would manage to get rid of the Gauls in the other later climb, past Torrecilla de la Jara, to leave on his own. He would have won comfortably and with an advantage of more than a minute and a half. Francesc Bennassar, second in the sprint of the peloton, finished fourth again.