The Vuelta al Besaya, which for many is the great stage race of the national youth calendar, is back. And it does so with one of the most complicated routes of recent years, with two stages that finish on a high point and a final day in which the slopes of the Collada de Cieza, already present on the first day, and above all the Collada de Brenes will have a lot to say.

Bostronizo, which has hosted a demanding time trial climb on other occasions, will host this year’s first stage with a high finish in an online stage with a lot of broken terrain beforehand. The Sanctuary of La Bien Aparecida, the following day, will host a queen stage in which not only the final ascent is to be taken into account, but also the previous step through the long ascent to the Collado del Asón: eleven kilometres at an average of more than 4.5%. 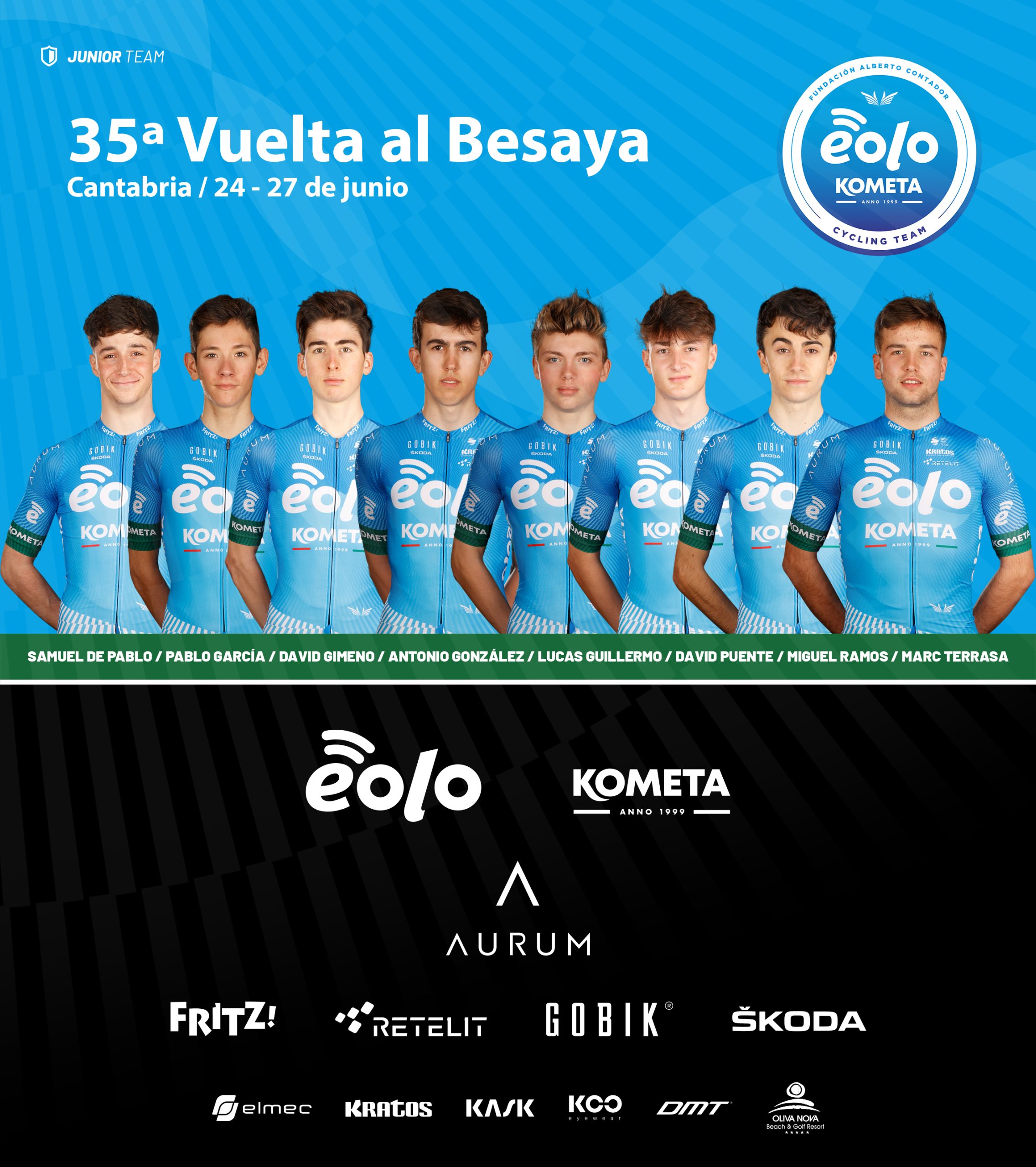 Antonio González from Soria, Marc Terrasa from the Balearic Islands, Pablo García from Valencia, Lucas Guillermo from La Rioja, David Gimeno and David Puente from Cantabria and Miguel Ramos and Samuel de Pablo from Madrid make up the eight riders that will compete in the junior structure of the Contador Foundation. Six second year riders and two first year riders for a race in which the team defends the bib number 1 as a result of the victory of Arnau Gilabert from Barcelona in the last edition.

The race, always generating generous media coverage for the category, will not only have a special dedication in the programming of Radio Valle del Buelna FM, but this year also the Cantabrian company Sportpublic will broadcast the stages live on its Youtube channel.