This 2020 brings with it the important novelty that the junior event of the Circuito del Guadiana counts for the first time for the Spanish Cup of the category, a great recognition for the organization of the event in Extremadura. The Peña Ciclista Guadiana de Don Benito, in Badajoz, has been working very intensely in the promotion of cycling and, based on years of effort, has turned the weekend into an event not only in the town, but also in the region.

Francesc Bennassar, Pedro Beneit, Samuel de Pablo, Arnau Gilabert, David Gimeno, José Luis Medina, Miguel Ángel Molina and David Quevedo are the eight cyclists called by Guillermo Gutiérrez for this race, in the afternoon, in which they will have to face two laps of a circuit that includes two steps up to the village of Magacela, the hot spot of the race. 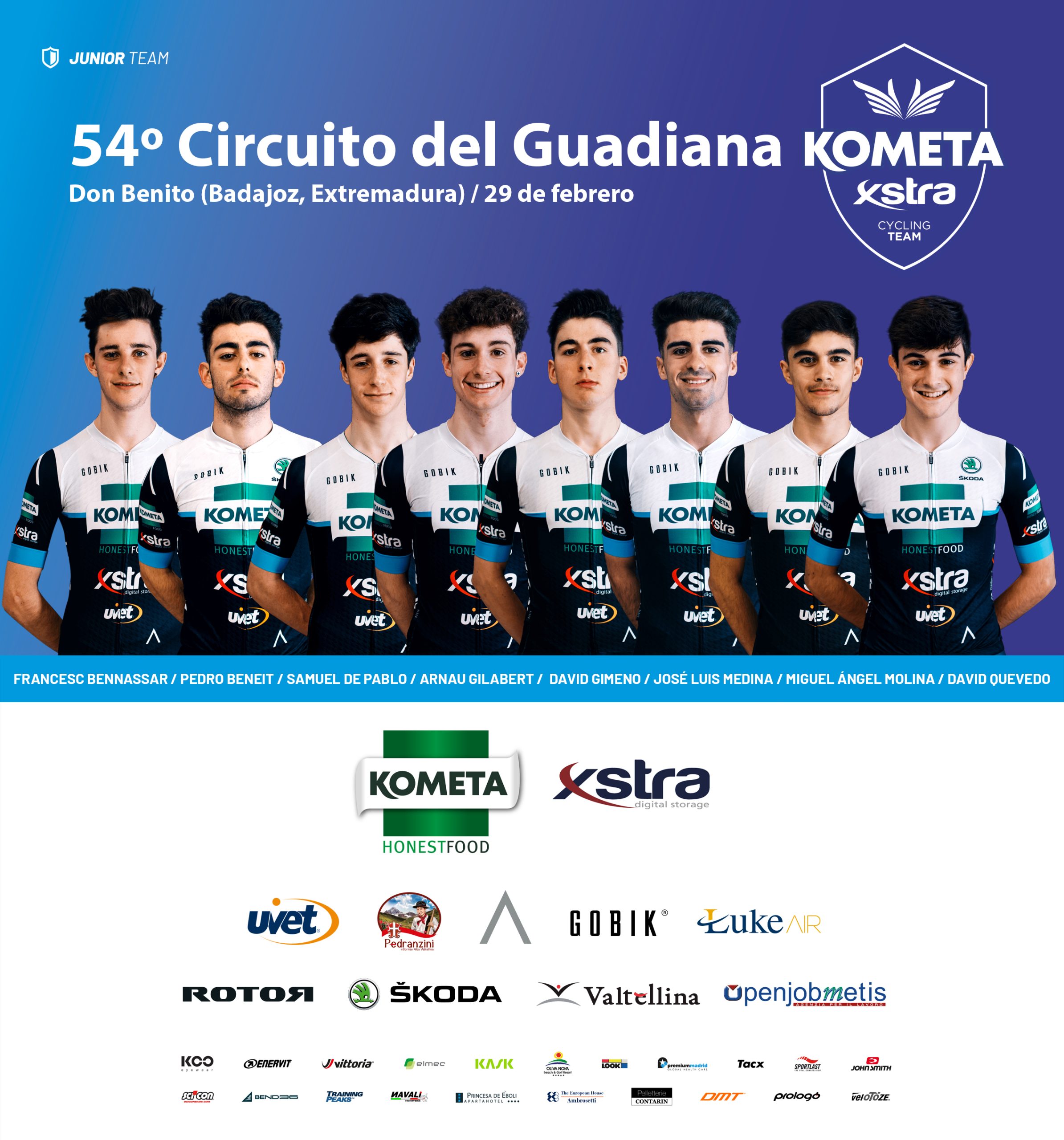 “This year the Guadiana Circuit has the enormous incentive of opening the Spanish Cup, so if before it was already a very important test for its location in the calendar now it is even more important for the points it puts at stake for the competition. It is not a race of a capital hardness from the point of view of the route, although neither it is necessary to ignore that the ascent to Magacela has its complication; but it is a very short ascent and later there is much land for regroupings. The cliché that the hardness is created by the cyclists makes a lot of sense in this race, since high average speeds are common. Make a wish? That there is no mishap and, if possible, match not just last year’s triple, but the victories of the last two years. It’s not going to be easy, there are several cyclists who are in good shape, as we saw this past weekend at the Cabedo, but it’s not impossible either”, assesses director Guillermo Gutiérrez in this regard.

David Quevedo: “We are already looking forward to starting this new season and in a race where there will surely be a high level because of the Spanish Cup and which will be a bit crazy because of those nerves that are always present in the first races. For my part, I think that I have arrived at a good moment of form, perhaps not the best, but I will give it my best to leave the team together with my companions at the highest possible level”. “The Guadiana Circuit seems to me to be adapted to my characteristics because it doesn’t have very long climbs. On the other hand this race faced it well since I have followed correctly the planned trainings”, indicates the rookie Samuel de Pablo.

In 2019, the foundation’s youth team’s big year began right here in Extremadura with a hat-trick signed by Juan José Rosal, Pablo Gutiérrez and Javier Serrano. A year earlier it had been Carlos Rodriguez, in his first year in the category, who won in the pacense test.