The Volta a Loulé U19 welcomed the riders this Thursday with a short stage in terms of mileage, but much more complicated than it seemed despite its 60 kilometres due to the presence of several climbs in the always broken mountain environment of the Algarve town; also due to the presence of wind in some stages. 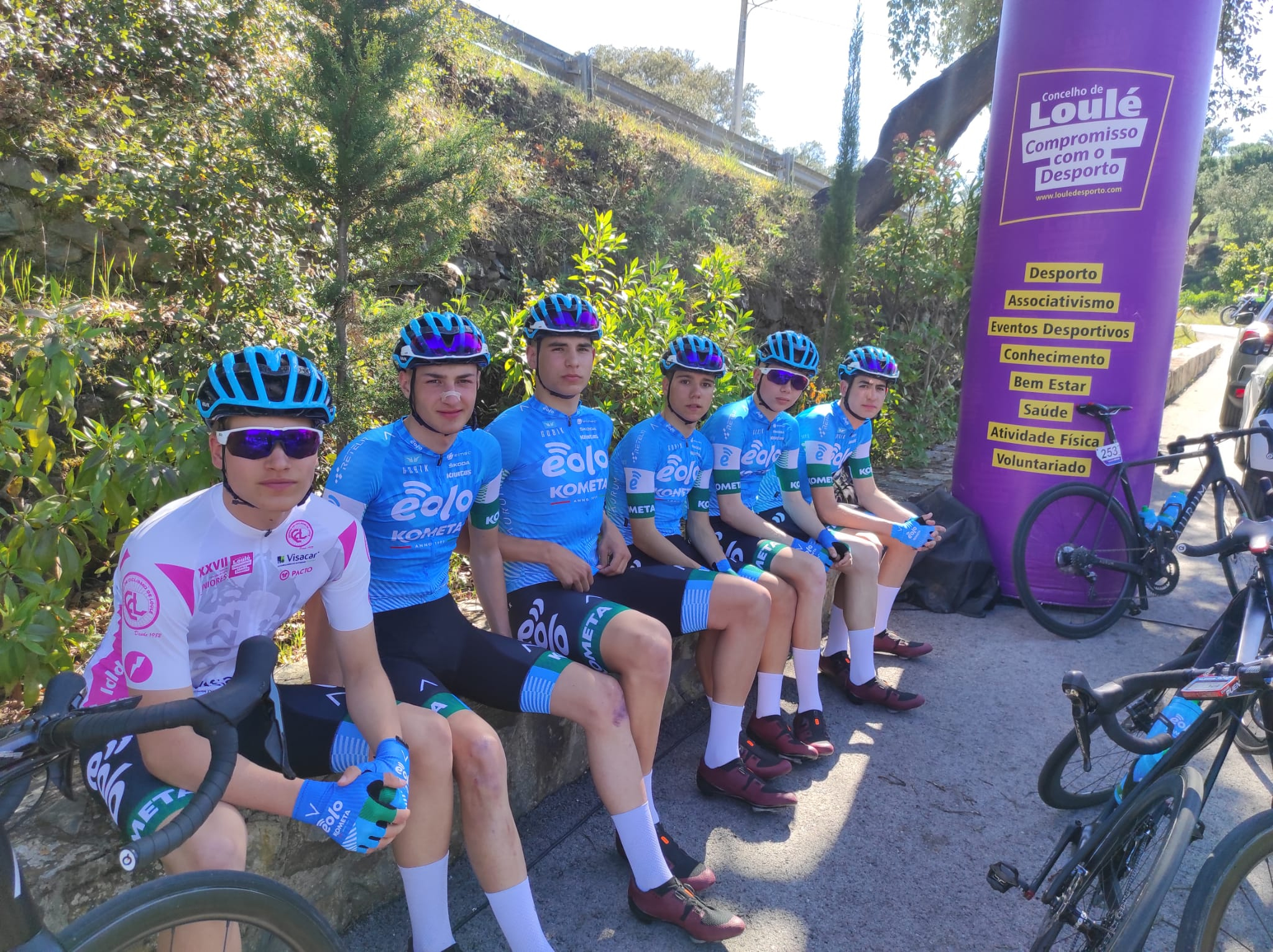 Fuel passed through Parragil, a second-category stage for the Grand Prix of the Mountains, where the three riders who were playing for the victory would end up standing out. Until then, several breakaway attempts. The EOLO-KOMETA Cycling Team junior, directed in Portugal by Félix García Casas, was involved in these skirmishes. The Riojan Lucas Guillermo managed to ride in a breakaway of four riders in some stages.

In Parragil, Russian Savelii Laptev (Vino Team) and Bairrada’s Antonio Morgado and André Lima took off. The three would reach the last straight with 23 seconds over a chasing group of 48 riders in which all the junior team riders of the Contador Foundation were riding. The stage would go to Laptev, the first leader of the race. 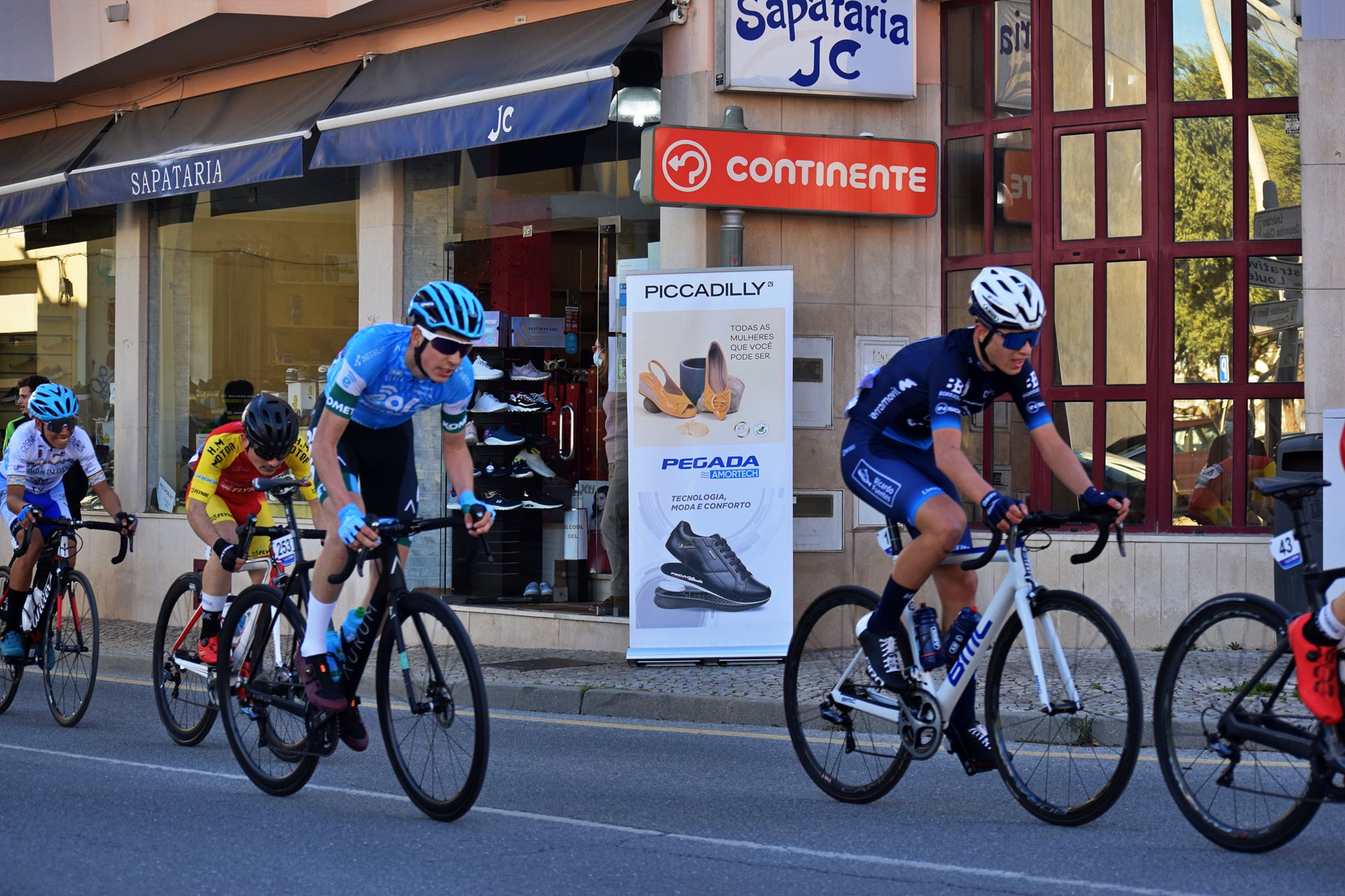 Within the group, the first of the boys in blue was Iván Polo from Valladolid, twelfth. The group also included Álex García from Barcelona (16th), the Hungarian Balint Feldhoffer (18th), David Puente (20th), Nil Aguilera (33rd) and the Riojan Lucas Guillermo (50th). A representation that places the EOLO-KOMETA Cycling Team as the fourth squad among the 24 participants. 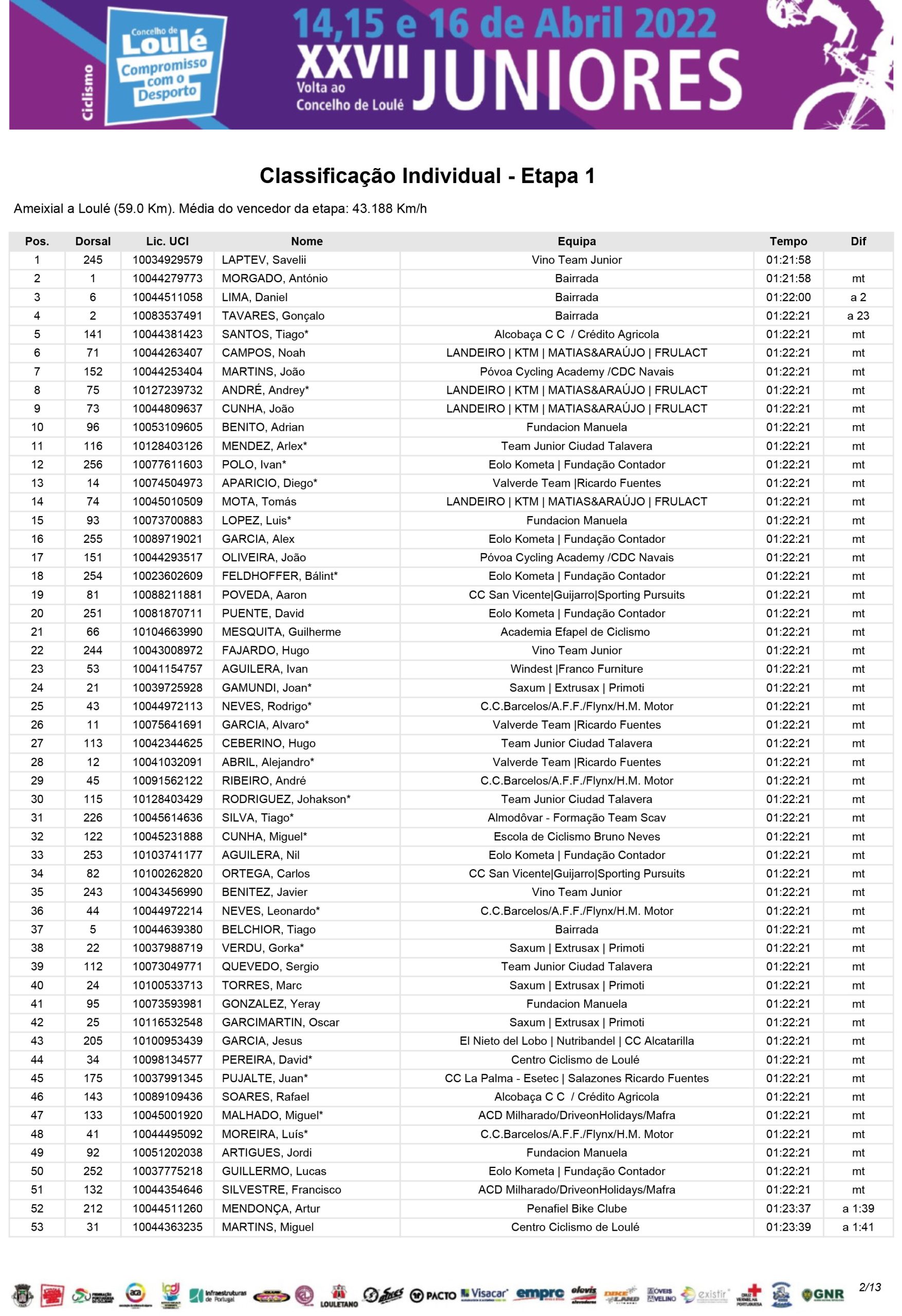