The Spanish Junior Cup returns to the front line after the sine die postponement of the Trofeu 15 d’abril de La Canonja, which should have been held in normal conditions this past weekend but could not be held due to the pandemic containment measures. For this reason, while the Tarragona event awaits new dates (its last winner is still the current rider of the U23 team Fernando Tercero), this Sunday’s Memorial José Luis Junco Memorial emerges as the second event of a cup competition led by the Valencian Iker Bonillo and in which the Balearic Marc Terrasa is in second place. 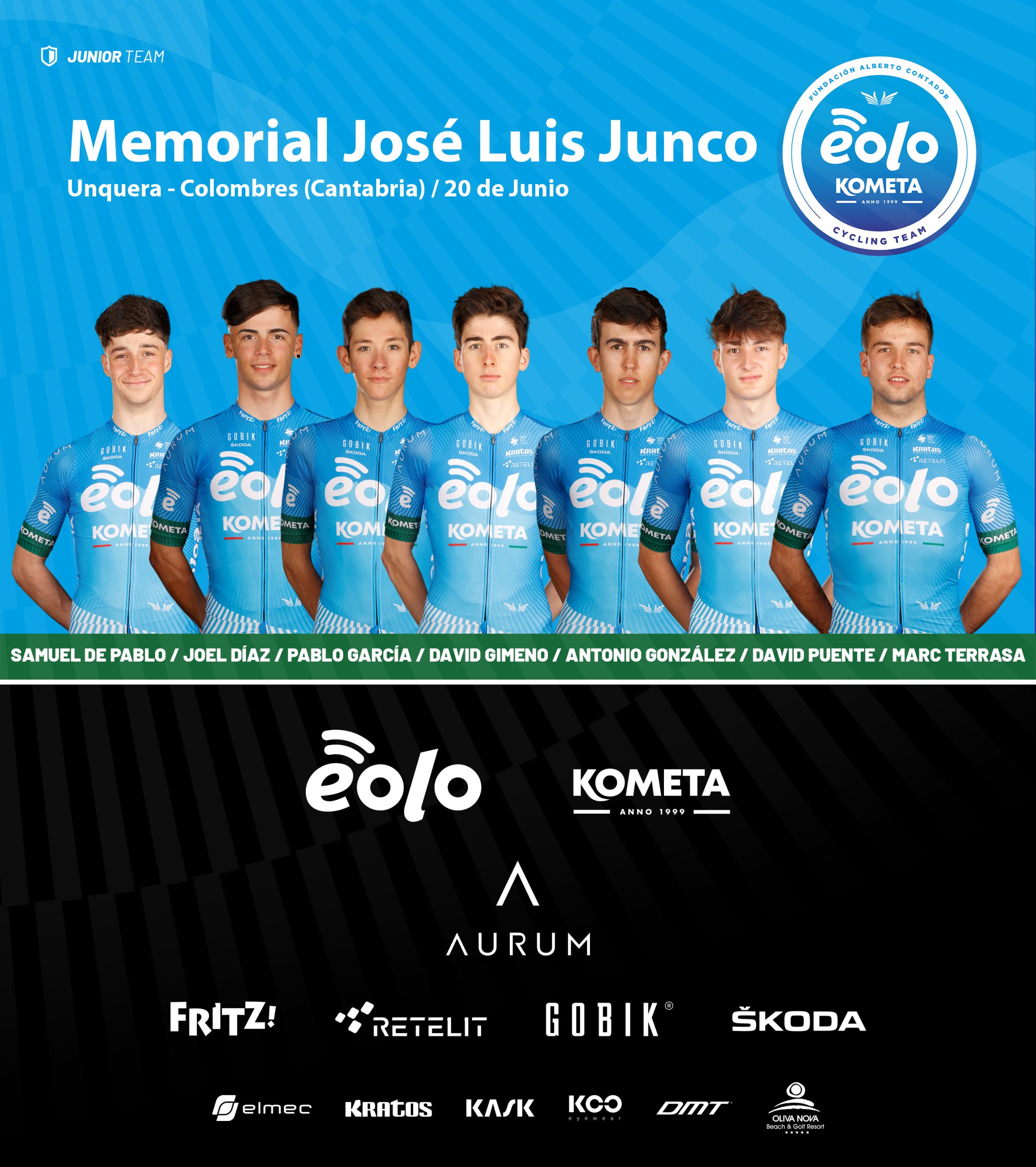 The Cantabrian race, which also covers some kilometres on the soil of the Principality of Asturias, is a race with no big mountains. There are no big mountains, no big climbs, no long climbs to manage, and yet the Memorial José Luis Junco cannot be considered a flat race at all. A legion of steep slopes dot the route and require intense teamwork to manage their development. On the other hand, the finish takes place on a one and a half kilometre climb that will further select the options for the sprint.

The youth team of the Fundación Contador comes with a team formed by Samuel de Pablo from Galapagar (Madrid), Joel Díaz from Barcelona (Catalonia), Pablo García from Ayora (Valencia), Antonio González from Soria (Castilla-León), Marc Terrasa from Sineu (Balearic Islands) and David Gimeno and David Puente from Cantabria. All of them under the direction of the Cantabrian director Guillermo Gutiérrez.