With the twenty-third final place of the Manchego Fernando Tercero in the overall concluded the participation of the Kometa Cycling Team junior in a Valromey Tour that crowned in this 2019 a German rider. Georg Steinhauser (Bad Wurttemberg) took over the prestigious gala event from Spain’s Álex Martín after winning the demanding last stage, this year’s queen due to the presence of four first class ports on his itinerary. The Spanish rider, nineteenth this Sunday at 2:26 from Teuton, reached the last finish within a group of about thirty units in which the main protagonists of this year were filming. 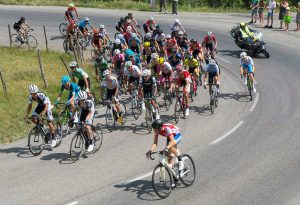 Third, who came with the gallons of leader within the Kometa Cycling Team, finished the race heavily burdened by his performance in the time trial on Saturday, over 9.9 kilometers, in which he marked the 80th best time, more than a minute from his winner. In the mountains, however, Valdepeñas always rolled ahead, with attention to the most relevant movements in the fight for the overall.

“The experience has been very good to know another type of cycling and to learn how to run here,” says Tercero. “The level has been quite high. I think that in the climbs I was able to be with the best, although it was a pity the time I lost in the time trial”.  Third finished the 50th after the first stage, where he entered the finish line within the main pack at 1:30 from the winner; and the second day finished the 25th, at 22 seconds. 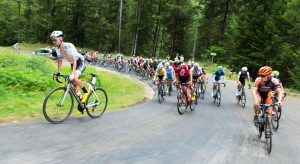 Félix García Casas, Sports Manager of the Alberto Contador Foundation, acted as sports director these days on the French roads: “We came to a race of a very high level, with teams from all over Europe and even some national teams, with very powerful cyclists and, in short, with a level worthy of the Nations Cup. The course was also very hard, with a medium mountain profile”.

“The most positive thing has been that the boys have been able to live this experience of seeing another reality, another way of running, another way of climbing, also another way of descending … Among all our riders Fernando managed well, knew how to be in front when the road looked up, among the thirty best when the race was broken, but his time trial was not good and that deprived him of many options to be later in the general”, concludes García Casas.