XXIV Bizkaiko Itzulia
From 5 to 8 July

Born in 1995 as a response to the gap in the category within the Basque junior calendar in terms of stage races, the Vuelta a Bizkaia, the Itzulia junior has gone much further and is not only a great race in the Basque Country, but has become one of the major events of the summer within the continental calendar. The work, year after year, of the Sociedad Ciclista Balmasedana, creator and manager of an event that for many groups, and the Polartec-Kometa is no exception, is the most important of the competitive course. 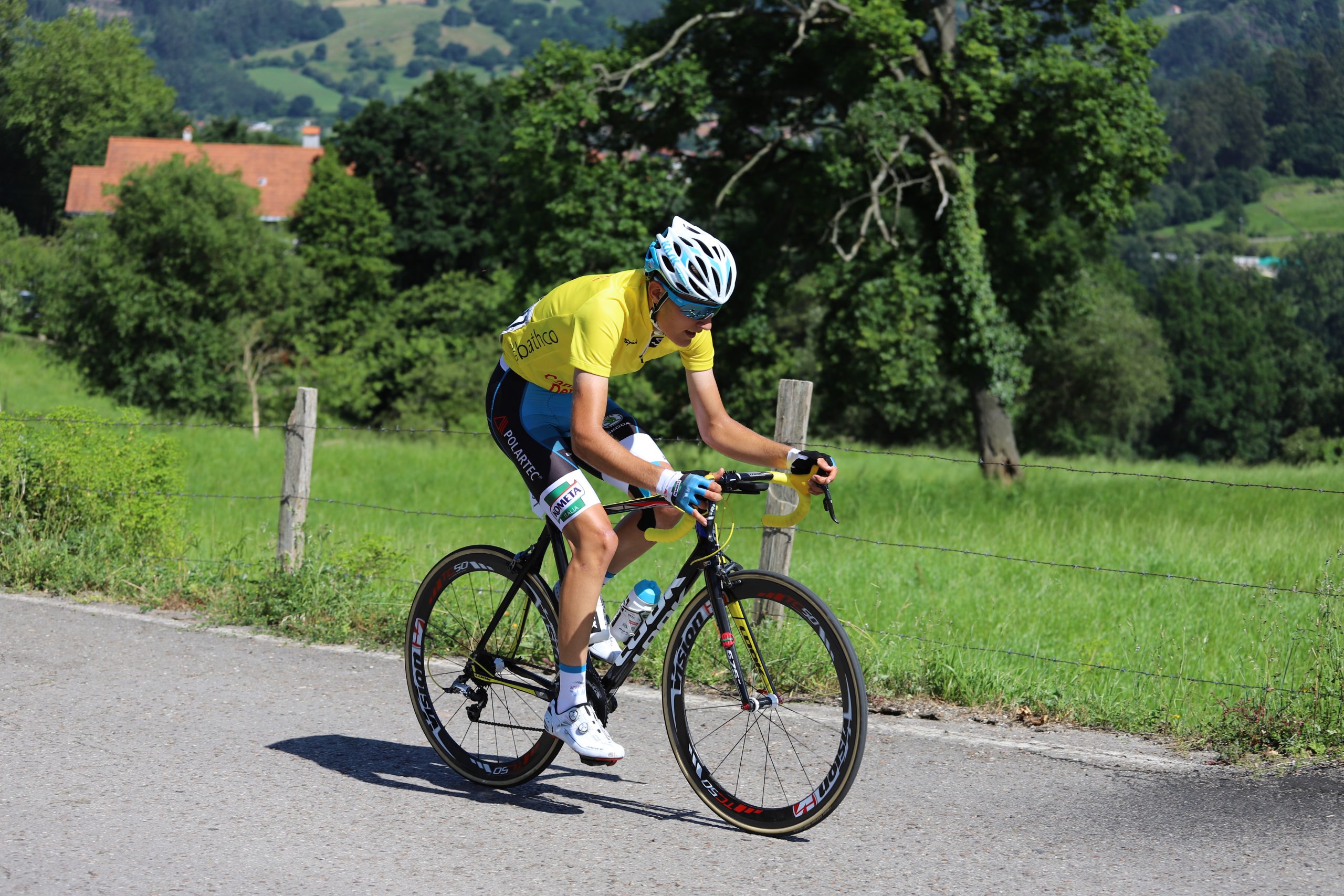 In Itzulia you will find the best Spanish teams, several foreigners and many of the great champions of tomorrow. A junior test, yes, but of height and level. The current Polartec-Kometa has shone in the past: in 2015, Tomeu Gelabert won the race with Joan Bou in third place; two years earlier, Enric Mas finished second; and in both editions, the structure won in the always sought after team general.

To Joan Marc Campos, Manuel Jesús Carrellán Luis Miguel Mendoza, Carlos Rodríguez and Juan José Rosal, chosen to compete in the prestigious Basque event, is added the Belgian Davide Bomboi, who within the collaboration agreements maintained by the Fundación Alberto Contador has been ceded by the Acrog Cycling Team to face the Iztulia. He is not unknown at all to the Spanish calendar (with some successes in Aragon and Valencia) or to the Foundation’s junior team.  Bomboi, a family member of a world champion and an icon on the paving stones of Flanders and Roubaix like Tom Boonen (his father and Tommeke are cousins, he tells), already competed last year in this event under the umbrella of the Foundation.

“I’m pretty happy with my form right now. A week ago I finished third in a great race in Belgium, so I think I’m ready for Itzulia. Last year I had some back problems that caused me a lot of pain during the stages, which made me unable to perform as I would have liked. All that is now forgotten, so I am ready to ‘rock’ in Spain. The Itzulia is a very nice race, but also very hard because of its great number of mountains. This year the route is different from last year, but I can get an idea of how difficult it is going to be. And of course I’m very happy with this impressive opportunity that the Polartec-Kometa team offers me,” says Bomboi shortly before travelling to the Peninsula. 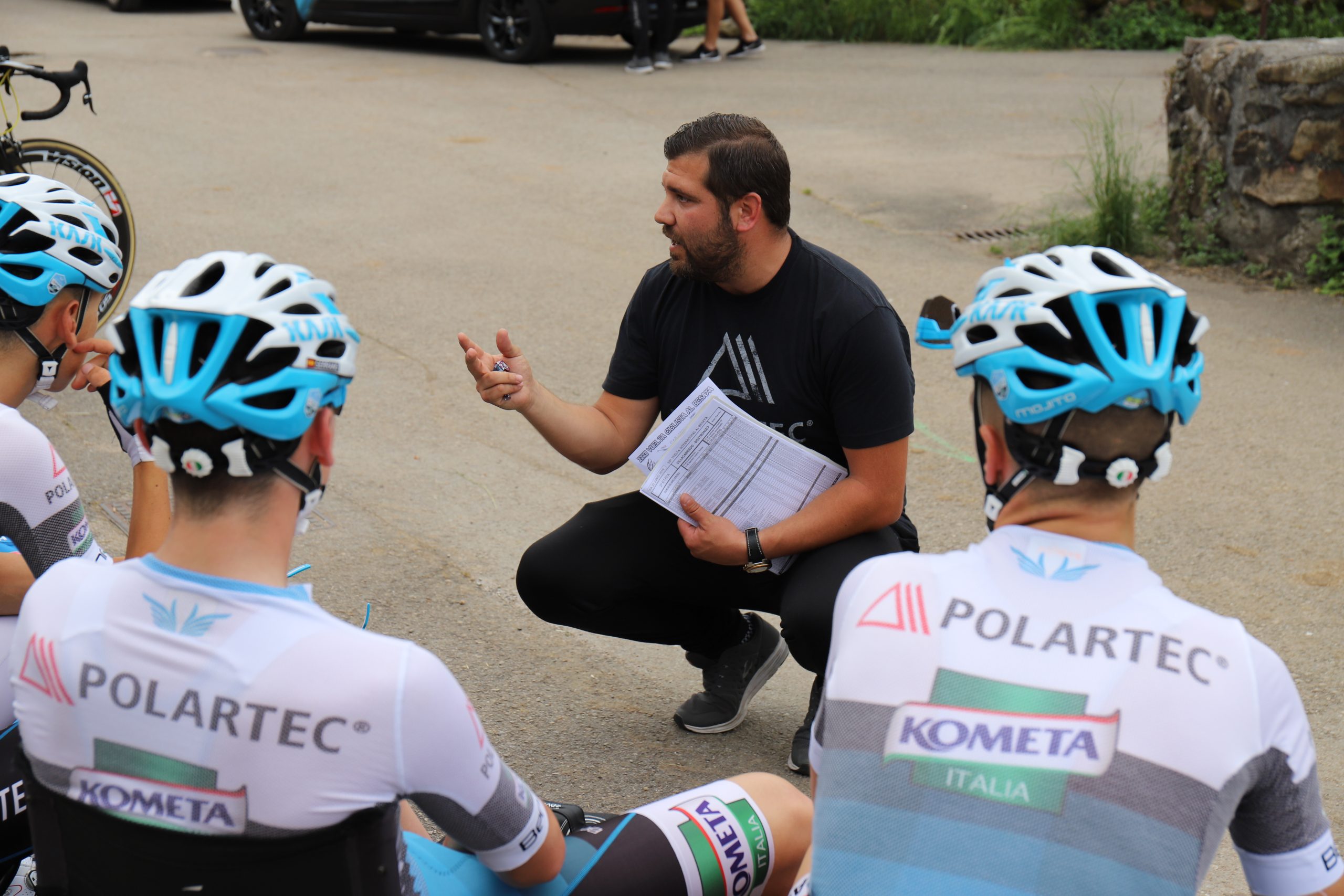 “Without a doubt, Iztulia is the best race”, admits the director Guillermo Gutiérrez. “It has the best teams and many of the best riders in the category. I think we came at a very good time, backed by good results and good group performances. Our main asset will be Carlos Rodriguez, who is coming for the general classification and who has in mind the Europeans of the category. And although it’s never easy to control these races, in Iztulia it’s even more difficult because of the fact that it’s one less rider to compete with. The Spaniard is looking to inscribe his name in a list of winners that already includes cyclists such as Iván García Cortina (2012), Mikel Landa (2007) and Jonathan Castroviejo (2004, 2005). Iban Mayo was the champion of the first edition of the race.

The route, faithful to the Basque orography, has a seven-kilometre climbing time trial in the second sector of the fourth stage, which is assumed to be fundamental. “I think it will be very decisive. Even if it’s not a very hard time trial, the ramps are very constant, with virtually no breaks, and it’s sure to hurt some of the riders in the race. Not to mention the fatigue accumulated after the first three days. Special attention must be paid to the first stage, as the last port is only six kilometres from the end. It may not be a day to win Itzulia, but a day to lose it. But each stage will force us to be very alert to leaks, because with six team riders it is more difficult to control.