The Spanish Cycling Cup in the youth category returns to the roads with what will be its third scoring event in this very atypical season: the Cursa del Llobregat. With both the Circuito del Guadiana and the Memorial Joan Bautista Llorens having been held at the end of February and the beginning of March respectively, the post-confinement review of the calendar could not finally be carried out as initially planned.

In mid-June, the Spanish Cycling Federation reported on the relocation of the trials of the different Spanish Cups, for men, women and different modalities, to a new calendar which was at the expense of the changes in the health situation generated by the COVID-19. Youth cycling in the new normality. Of the six dates pending, the four set before the great race of Sant Boi were in their time definitively suspended for this year. 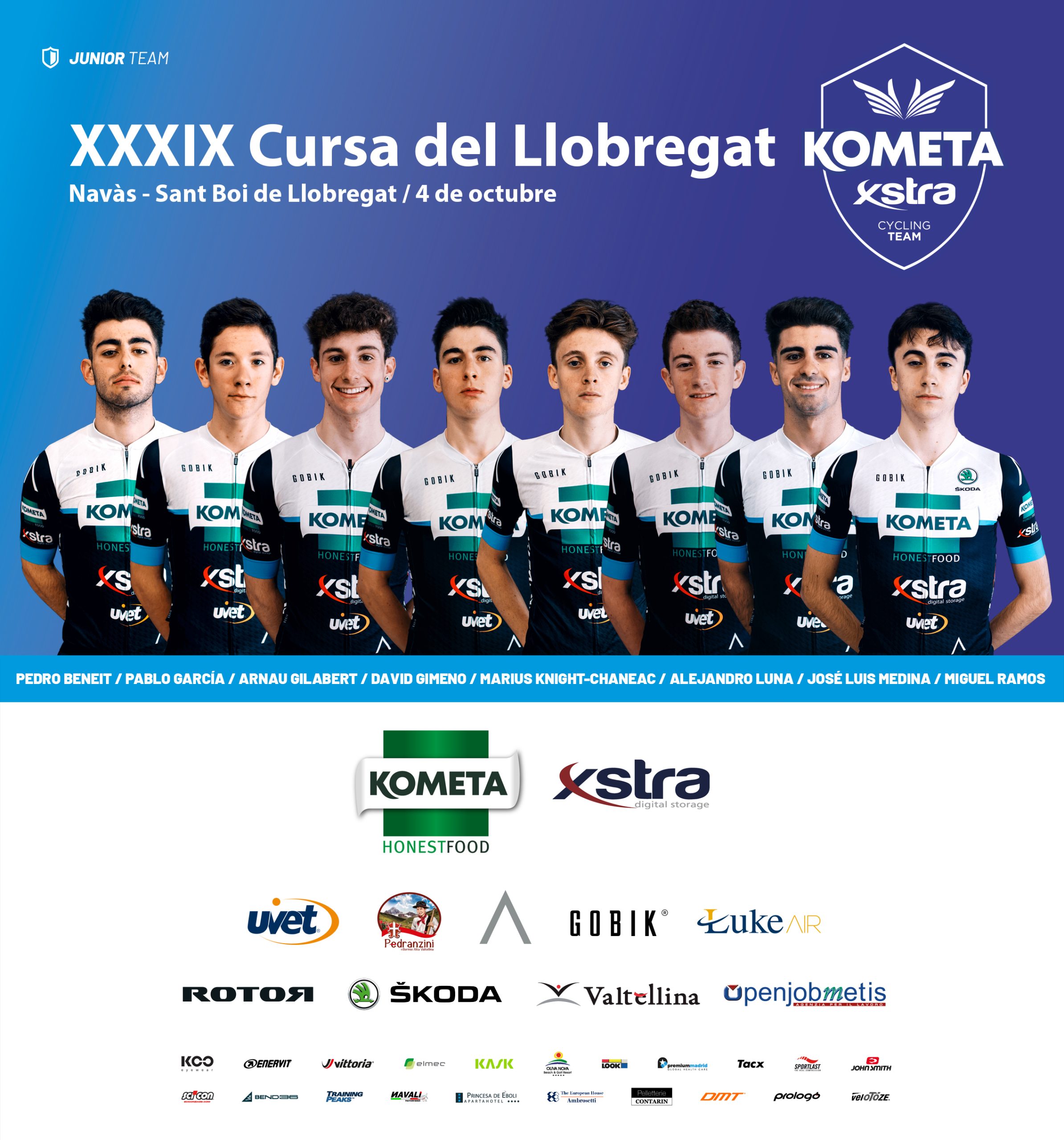 And this is the context in which the Cursa del Llobregat emerges, one of the great youth races of the European panorama, with almost forty editions behind it. Juan Ayuso arrives as the outstanding leader, with 120 points. The Andalusian José Luis Medina is sixth, with 61, and the Catalan Arnau Gilabert occupies the seventh place, with 58. Both are part of the eight of a Kometa-Xstra Cycling Team that goes to Catalonia completed by the Cantabrian, recent regional champion CRI, David Gimeno, the Valencian Pablo García, the Alicante Pedro Beneit, the Andalusian Marius Knight-Chaneac and the Madrid Miguel Ramos and Alejandro Luna.

La Cursa del Llobregat presents a broken route from its initial flag. Near the start, the Alto de Vilaredes; and then a terrain dotted with several steep slopes before facing the Alto de Vacarisses and an Alt d’Ullastrell after which there is a very fast terrain that will lead the runners to the traditional final steep slope of the last kilometre, in the carrer Jaume Balmes. In 2019 the victory was for Javier Serrano from Madrid, then in the junior team of the Foundation, with his partner (and today in the World Tour) Carlos Rodriguez third.