In the last few seasons it had become a small tradition that it was in the first rounds of the Víctor Cabedo Trophy. But the pandemic arrived, brought with it a whole carousel of suspensions and postponements and if the impact was felt in the professional or amateur field, the blow has been much greater in the training categories. It was felt in the development of last season and also at the start of the current one. Thus, the debut as a team of the junior structure of the Contador Foundation this season will take place this Saturday in Bizkaia. It will be this Saturday, in Bizkaia, in a historic race of a historic club. 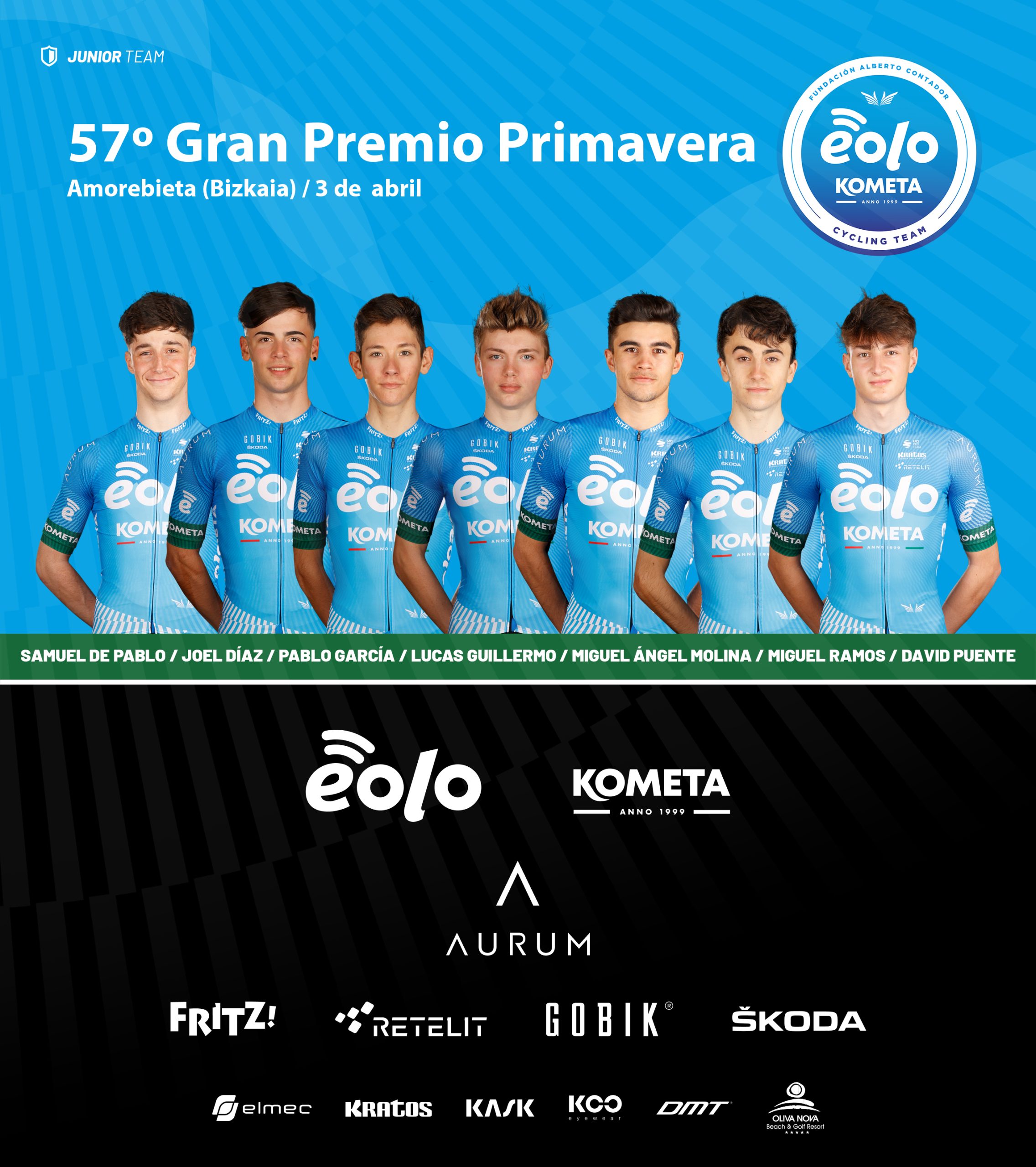 The Gran Premio Primavera that the Sociedad Ciclista Amorebieta has been organizing for more than half a century will host the first group rides of the EOLO-KOMETA Cycling Team that goes to the Basque Country with a seven formed by the Catalan Joel Díaz, the Valencian Pablo García, the Riojan Lucas Guillermo, the Cantabrian David Puente and the Madrilenians Samuel de Pablo, Miguel Ángel Molina and Miguel Ramos.

The Sociedad Ciclista Amorebieta has not been able to take to the road the 2020 and 2021 editions of its Clásica Primavera for professionals, which is always held after the Itzulia. However, they have maintained their commitment to the grassroots categories and are starting up the elite, U23 and junior races this weekend. The route of the junior race will be marked by the Muniketas (3.7 km at an average gradient of 7.3%) and Autzagane (2 km, at 5.4%) in the final part of the course. The summit of Autzagane is just five kilometres from the finish.