Days after confirming and announcing the arrival of the Andalusian Sergio Garcia, a second name joins the third professional project of the Alberto Contador Foundation. The Italian Alessandro Fancellu, winner this season of the always demanding Vuelta a León, which also scored the final stage in the Port of Ancares, will run in 2020 in the Kometa Cycling Team continental. 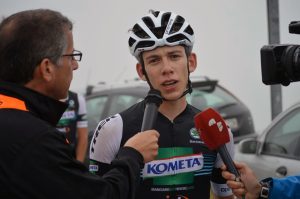 In just one season on the amateur field, the Lombard rider (Como, 24 April 2000) has confirmed his great talent for the sport of cycling. In addition to an interesting top speed, he has added a great solvency in the mountains and important performances in the time trial.

Fancellu joined the U23 team of the Alberto Contador Foundation this year after winning the bronze medal in the junior category at the last World Championships in Innsbruck. In this first year, once discharged of academic obligations, the rider stood out in the Spanish season of laps by stages. He is a cyclist who closely follows Luca Guercilena, manager of the Trek-Segafredo WorldTour with whom the structure of the Alberto Contador Foundation works very closely as a development team.

“I’m very happy, it’s a dream come true,” says Alessandro Fancellu. “I’m very happy for my first u23 season even if it is not started in the best way. In fact in the first part of the season I didn’t have a good fitness level, but from may my form has improved and I got good results such as the victory of Vuelta a León. During this season I learned a lot from my older teammates and from Rafa Díaz and Carlos Barredo and I’m very happy for this”. 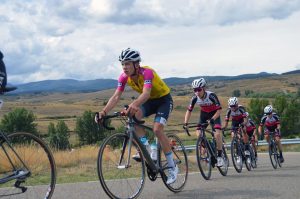 “Alessandro has barely been with us for a year, but in every race he’s been in he’s proved to be, as they say in the cyclist’s jargon, a ‘black paw’. He has adapted very well to the category. He climbs a lot, has a great top speed as has been seen this season in more than one finish and in the recent Volta a la Provincia de Valencia showed that in the timescales can also do very well. With his youth, he has a lot of distance. His head is very well furnished and his ideas are very clear”, says Rafa Díaz Justo, director of the Kometa Cycling Team.

Félix García Casas, sports manager of the Foundation’s teams: “Alessandro had already been pointing many ways since last year, when he won the bronze in the World Cup. This year he started with physical problems, but with very little training he showed very important things that he has been endorsing in great races. Sometimes working for his teammates, sometimes competing and even winning, he has shown that he is a cyclist who defends himself on all terrains. Fancellu scales very well, is brave and in wind conditions has always known how to position himself, running ahead very attentive to possible cuts. From my point of view he is a cyclist who in his first year is ready to do great things in events like the Giro del Valle de Aosta, which is perfectly adapted to his characteristics”.