Taking advantage of the holidays of the Puente de la Constitución, in an incomparable setting such as that of the Sierra de Guadarrama, the staff of the Kometa Cycling Team Junior approached a concentration between 6 and 8 December with the Valle de los Abedules hostel in Bustarviejo (Madrid) as the center of operations. Three days of living together to strengthen ties and deepen human relations of a refurbished team that has nine high among its thirteen members, all from the campus selection The Mafia se sienta a la mesa.

Three days of coexistence for Pedro Beneit, Francesc Bennassar, Gerard Bofill, Manuel Jesús Carrellán, Raúl García, Pablo Gutiérrez, Alejandro Luna, José Luis Medina, David Quevedo, Carlos Rodríguez, Juan José Rosal, Javier Serrano and Fernando Tercero. A meeting that started on Thursday morning with a surprise early morning: the visit of an Alberto Contador who was celebrating his thirty-sixth birthday that day.  An encounter that delighted all the members of the team and was also immortalized for posterity in a photograph that was later demanded by the runners. 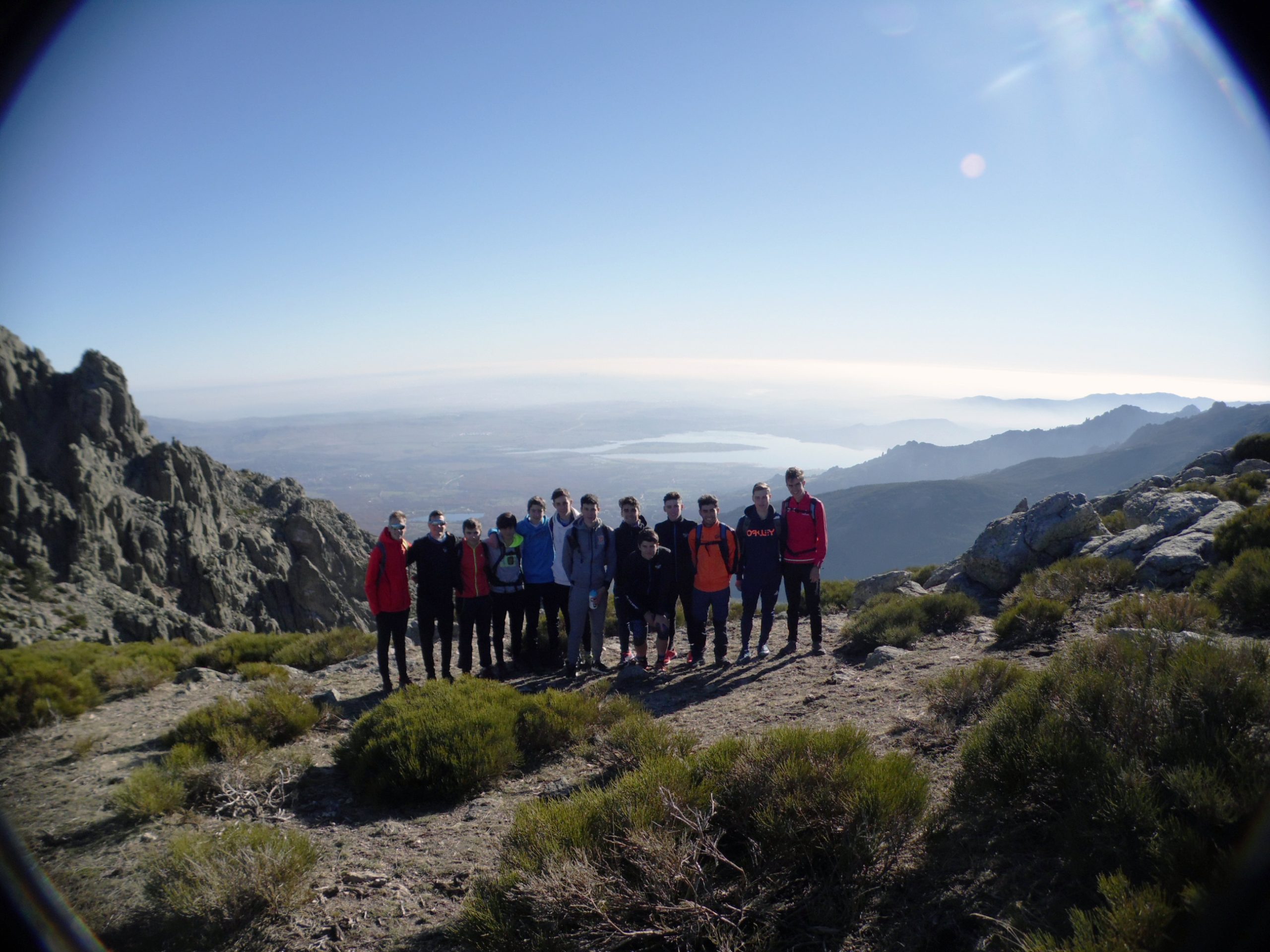 Later, already installed in the mountains, the runners, their directors and coach Jorge Ramos faced a walk with start and finish in Miraflores de la Sierra and a lot of prominence for one of the most beautiful and environmentally rich routes, not exempt of requirement, of the National Park of Guadarrama: the iconic route of La cuerda larga (The long rope).  A walk that at times surpassed 2,200 metres in altitude.

Friday’s day began with a 105-kilometre bicycle route through the Cuenca Alta del Manzanares in which riders began to familiarise themselves with the bicycles on which they will compete in 2019. In the afternoon, a new round of personal interviews and various talks on nutrition, physical preparation and how the work dynamics will be. At night, a new walk of two and a half hours to the top of Canencia Mountain Pass, with the special attraction of the night in a mountainous environment.

On Saturday morning the last part of the concentration took place, in which the last interviews were carried out, the state of the studies of all the boys were discussed and the perspectives of what will be the 2019 season and its objectives were exposed. 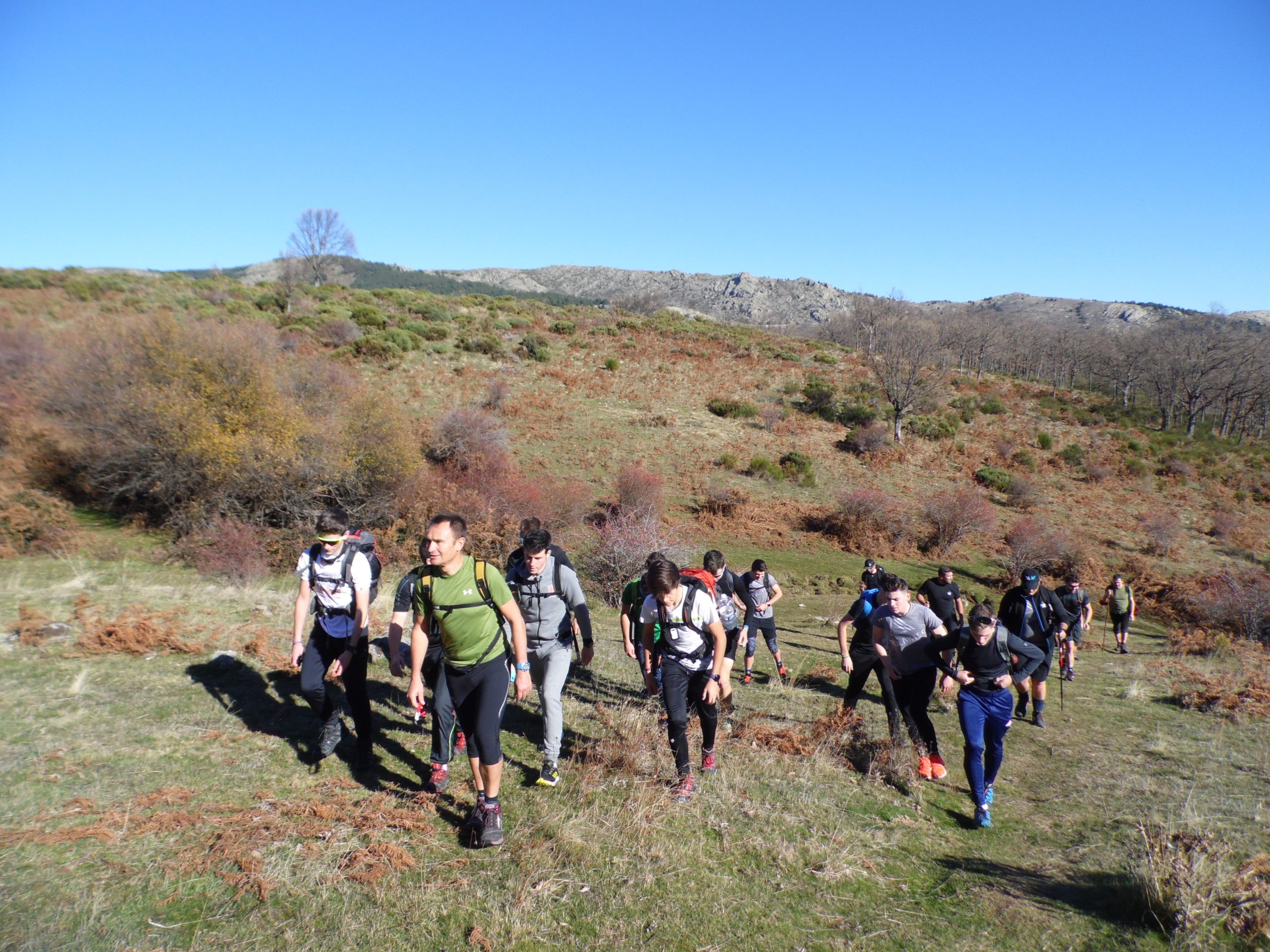 “The balance has been phenomenal. We have fulfilled the objective that we had planned, that it was not other that the runners know each other, that they make a group, that they make a team, and that has been more than achieved with the activities proposed during these days. The boys have shared experiences and experiences, they have lived together in the hostel and personally I am very happy for what I have seen, for the cohesion and the union of the group in general. I think it’s going to be a great year, I don’t know if at the level of results, but certainly at the level of behavior of children,” explains Felix García Casas, sports manager of the Fundación Alberto Contador.

“The truth is that I am excited about the team they have formed,” says Manuel Jesús Carrellán, who is facing his second year in the structure. “We get along very well and we make good relationships. I hope that the dynamic continues like this and the results will arrive alone”. The also Andalusian José Luis Medina, one of the nine new faces, says: “The truth is that everything has gone very well, has been an experience to remember for these days of living together in a group. In a very short time the teammates have shown that they are very good. We’re really looking forward to the competition”. “The experience has been very good to get to know each other better and make more group. The activities were quite entertaining, especially the opportunity to walk through the mountains with those snowy landscapes, “considers the manchego Fernando Tercero.

Cantabrian Guillermo Gutiérrez, sports director of the junior Kometa Cycling Team: “On a personal note I see a spectacular block. The kids have been together since the first minute and this bodes well for a great season. This concentration is based on that, on the union of the team and I think it is done, that we have achieved that goal”.