Polartec-Kometa continued its winning streak in the Cabedo Trophy, a stage race that has always won since the foundation of the team, six years ago, the same as the race. Alex Martin was on this occasion who conquered the yellow jersey after a victory, yesterday, in the team time trial, in this case the fifth in six editions. 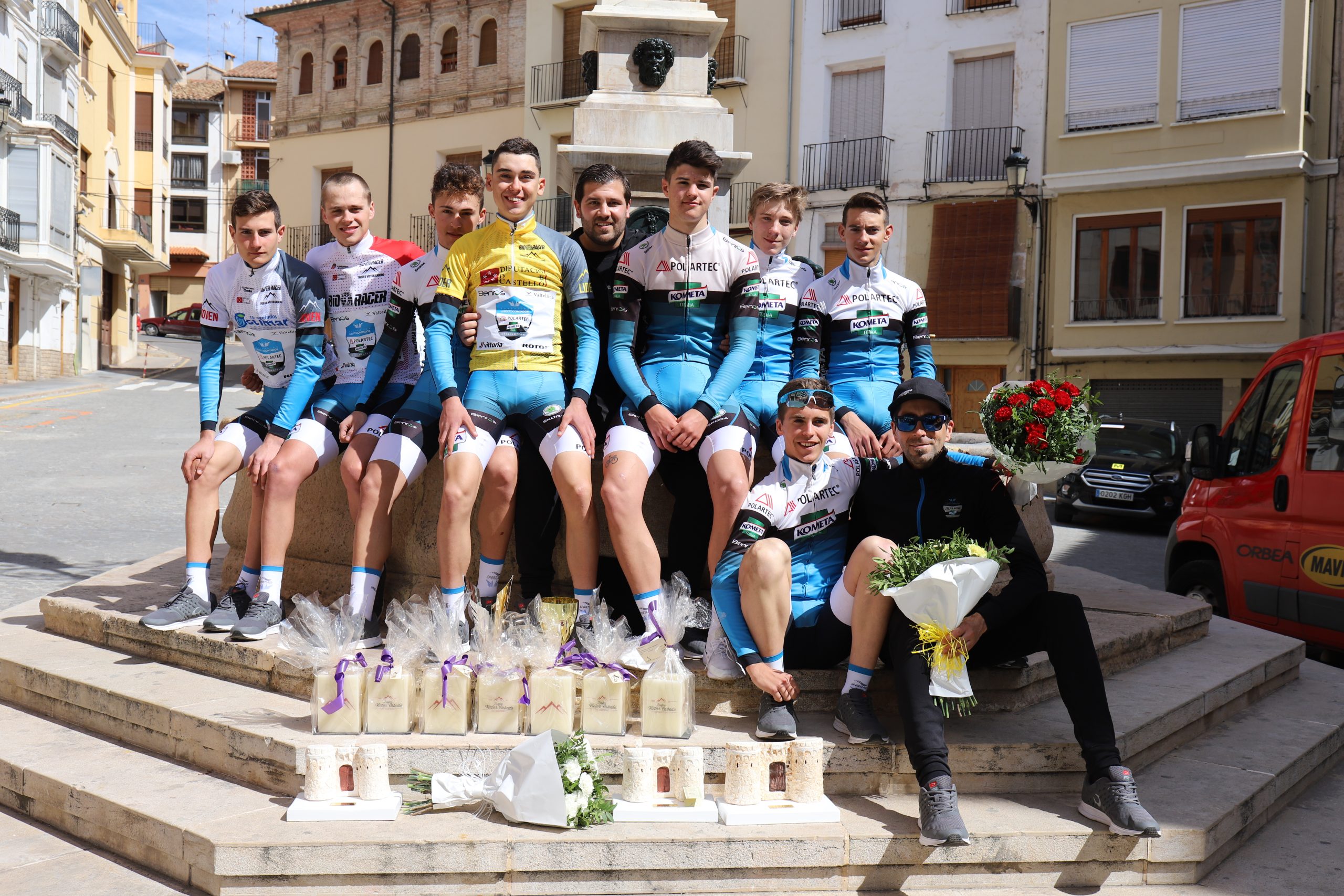 After the solo victory of Alex Martin last weekend, in the second stage of a stage race that runs on two consecutive weekends, almost everything was decided in the general clasification, except mistake or accident, which did not happen, especially after a very good performance of the whole team in the tiem trial, which showed the power of the group before the last stage today, with three climbs of third category along the 95 kilometers course.

The team started today triying to protect Alex Martin and his yellow jersey, but also ttriying to put on the podium his other strong man, Carlos Rodríguez, that finally was not possible, although he won the first-year overall and the Mountain’s jersey, being also a fundamental pillar in the team triumph.

After this first stage of the season, closed with a resounding success in the Valencian Community, the Polartec-Kometa will not return to the competition until next April 14, in the second round of the Spanish Cup, the Canonja, although in the meantime, both Alex Martin and Carlos Rodríguez will compete with the Spanish national team at Ghent-Wevelgem and almost all the team’s riders are confident of joining their respective regional teams to run the Federation Trophy, scheduled for the first week of April.