With 190 riders at the starting line and 32 teams, the best of the junior national squad, along with a select representation of English, Belgian and Portuguese riders, took the start in the Vuelta a Vizcaya 2016, which became one of the most hard and competed of the last editions. 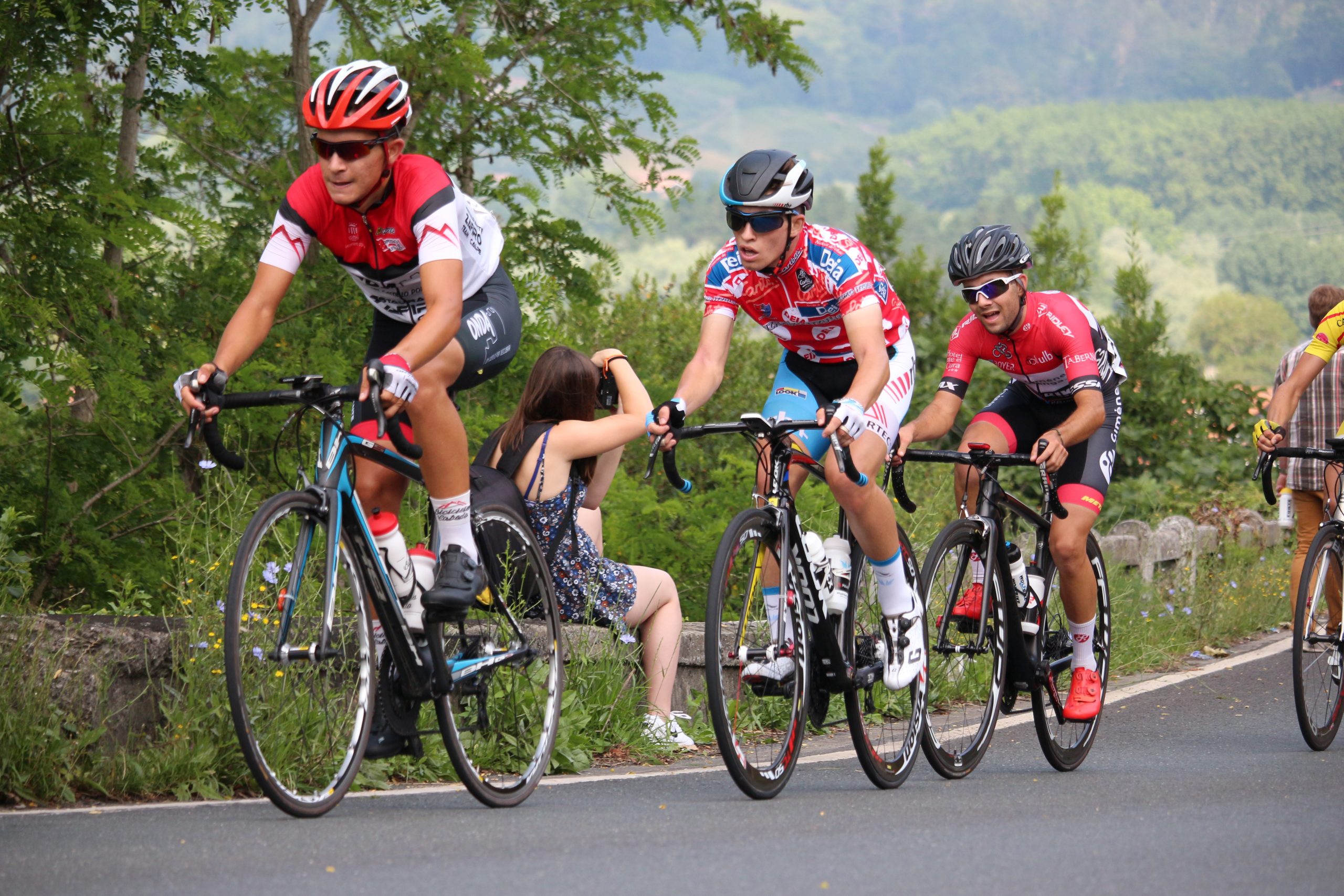 On paper, as commented Felix Garcia Casas, “this edition seemed less harsh, but in the end has been very selective, with less known climbs, but that broke the peloton each day”. The RH+/POLARTEC was unlucky at the beginning. “The first day, one of our strongest riders, Alejandro Ropero, who came to finish fourth in Besaya and almost got a stage victory, suffered a chain output a kilometer before to crown the last climb of the day, just 2 kilometers to go. That made him lose 35 seconds to the group of favorites, a time that was decisive in the end”.

Even more importantly was the second stage, in which a breakaway of 8 riders, were was Alejandro Ropero representing RH+/POLARTEC, was made. There were three of those who arrived at the head the day before, that they were also the strongest in the race. The victory went to the ubiquitous Franklin Chacon, with Ropero second.

On third day came another blow to the RH+/POLARTEC, who lost one of his best men in a crash. Carlos Alvarez, who is having a great season, fell halfway stage, hitting his face against the asphalt and breaking the nose bones. He had to be evacuated to the hospital and with the peloton already broken, Tomeu Gelabert and Alejandro Ropero made to finish in the front group.

It all ended up deciding on the fourth day, divided into two sectors, one in line, in the morning, and a demanding 13 km time trial in the afternoon. The morning sector settled with a break of 5 riders who reached the finish line and further compressed the top of the overall standings. In the afternoon, in the time trial, the Portuguese Joao Almeida did an exhibition, relegating the last year winner over the same road, Tomeu Gelabert, to fourth place, 35 seconds to the victory, and that even the RH+/ POLARTEC performed 12 seconds beter the time that had given him the victory a year earlier.

Franklin Chacon won the overall standings, in which Alejandro Ropero was the best of RH+/POLARTEC, sixth, and proclaimed also winner of the Mountains Jersey, followed by Tomeu Gelabert in ninth place.

The RH+/POLARTEC return to competition next Sunday in San Sebastián de los Reyes (Madrid), where the fourth race of six that form the Cup of Spain will be run. Marc Brustenga will take the start as interim leader, while Alejandro Ropero is second in the standings, followed by the injured Carlos Alvarez and Claudio Clavijo, who cannot ride.