The 2021 season of the junior structure of the Fundación Contador faces the last competitive commitment of the campaign with the second weekend of competitions of the Memorial Víctor Cabedo. Joel Díaz, Pablo García, Antonio González, Lucas Guillermo, Gergo Magyar and David Puente make up the sextet with which the team has Pablo García as its best rider classified in the provisional general classification: fourth. 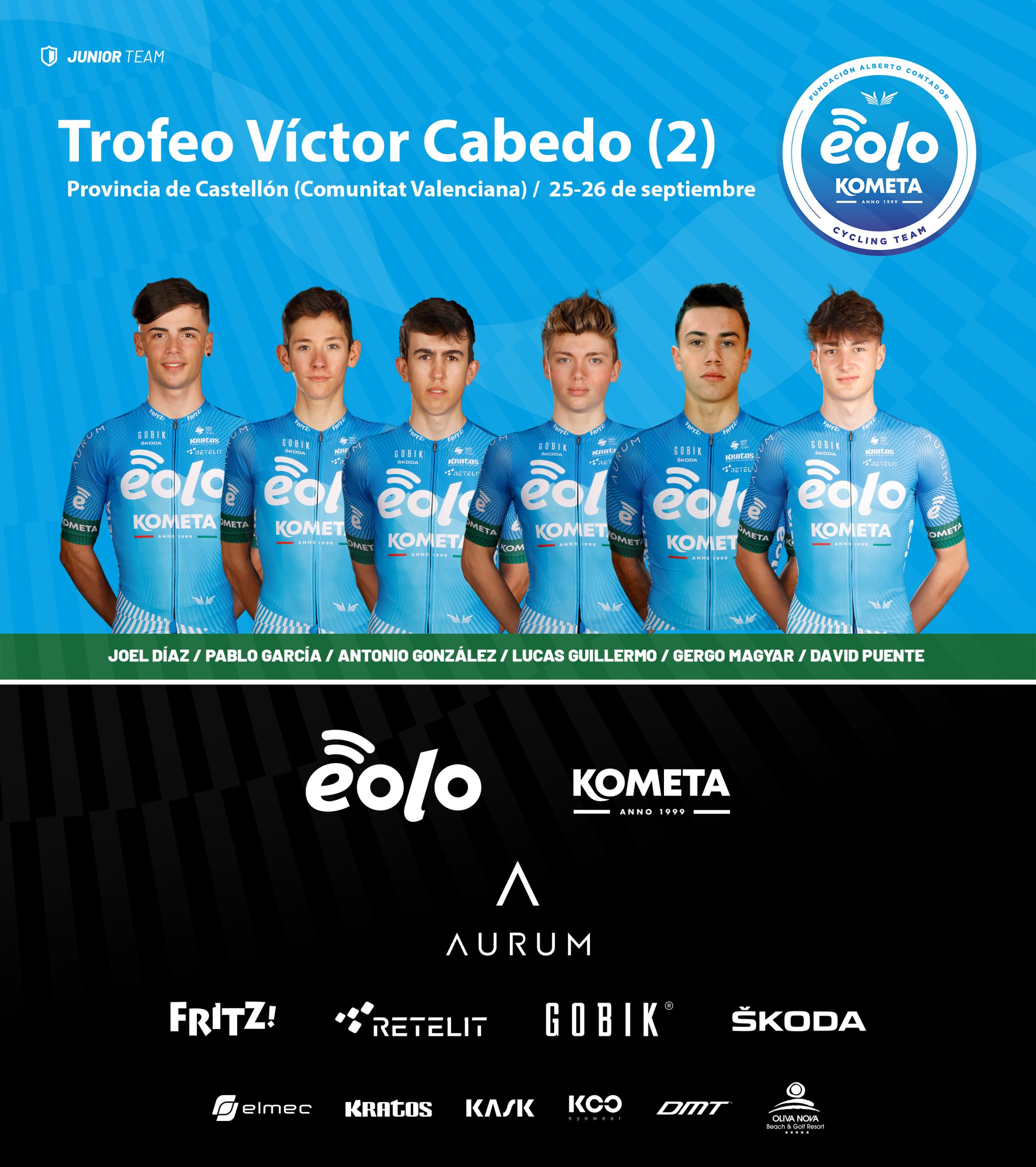 On Saturday, the streets of Vila-Real will host the traditional team time trial over six kilometres. On Sunday, the Joan Bautista Llorens Memorial and its almost one hundred kilometres, which are always exciting with the passage, halfway through the race, over orographically demanding terrain and the passage over the Alto de Infantería. The last orographic difficulty of the race is short in terms of mileage (2.7 km), but demanding in terms of ramps (average 9%, ramps of 15% and 18%). And with a curious story for its name, coined by the G. E. La Cassola and collected by the blog of cycling in Castellón Dándolo todo.