The year 2018 faces its final stretch and at the same time the 2019 season begins to set its bases with the first pre-season concentrations. Times to discover new materials, to test new products, to familiarise with new sponsors, to get in touch with new team mates and to meet the old ones again. First steps of an intense new course that are based on coexistence, physical work, talks and, sometimes longer, other times not so much, of course bike rides. The new continental and U23 adventures of the Kometa Cycling Team of the Fundación Alberto Contador begin in the outstanding facilities of the Oliva Nova Golf & Resort and in them, guests of honour, privileged witnesses, unique opportunity, there are four young riders of Hungarian nationality.

Ferenç Szöllosi (1998), Abel Meszaros (2000), Hunor Mate Kiss (1999) and Junior Ballint Varga (2001) meet in Levantine lands to share roads with the continental structure of the Fundación Alberto Contador. In a few hours the low temperatures and even the snows that cover some of their places of origin have changed due to the pleasant climate of the Valencian Mediterranean. In the new Kometa Cycling Team you can hear a lot of Spanish and a lot of Italian, of course there is no lack of English; but during these days the Magyar language is also having its share of presence. Another of the nations whose cycling seeks to emerge within the framework of the unstoppable globalisation of cycling. A country with its antecedents. And its signs for the future.

Hungary, Budapest, hosted the second edition of the World Championships in 1928. László Bodrogi won the individual time trial silver medal in the 1997 World Championships and in his career he would obtain successes in the Paris-Nice, the Tour del Porvenir or the Volta al Alentejo. The Tour of Hungary received for the first time in its history the category 2.1 in this 2018. Barnabas Peak, the young semi-professional time trial specialist who has passed through the academy of the International Cycling Union, is applying for the next big name in Magyar cycling at the age of 20. Perhaps Ferenç, Abel, Hunor or Ballint could be one of those new names. 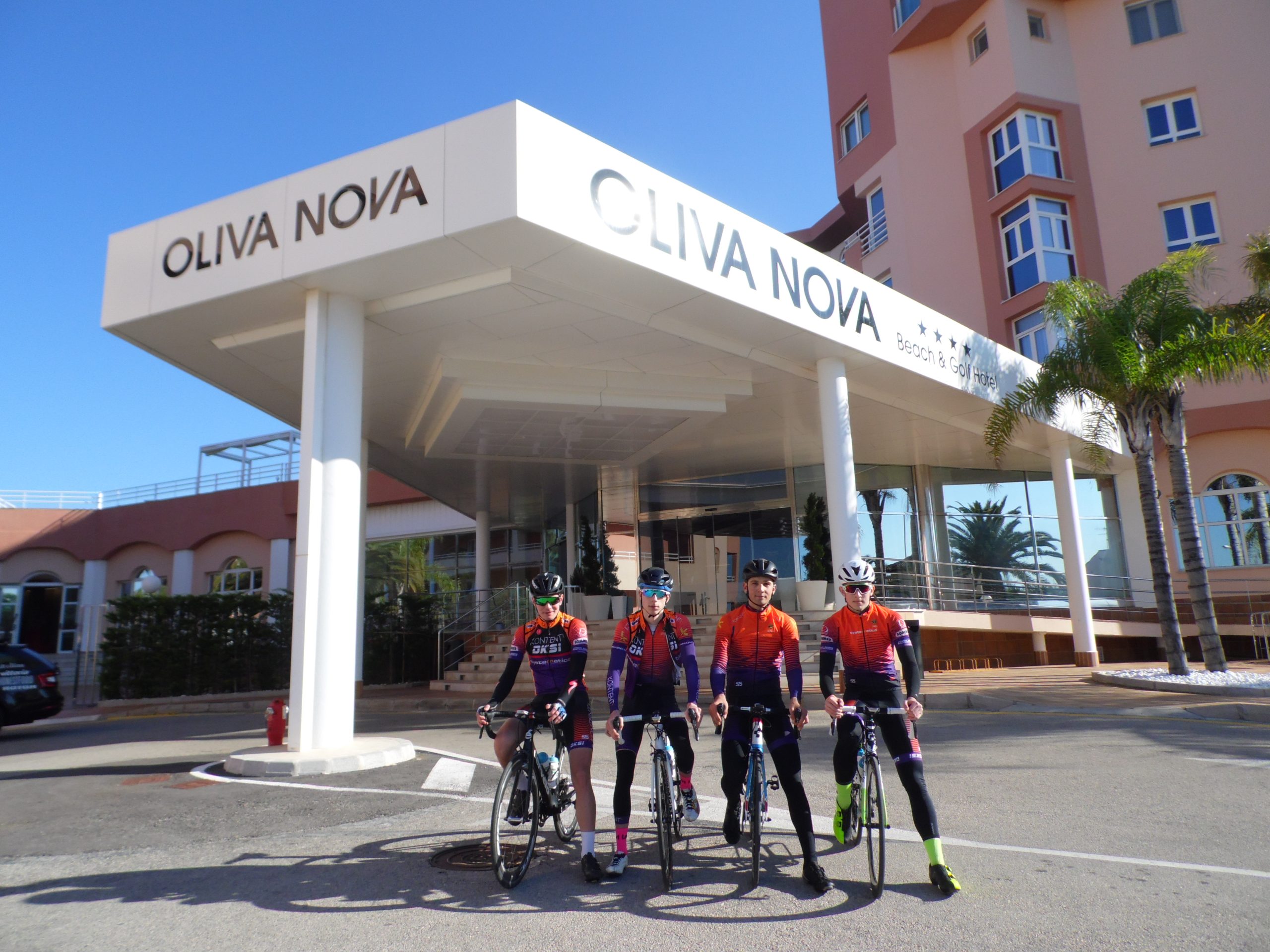 “This opportunity is a privilege, we are very fortunate to be able to be here, in this incomparable setting, integrated into a professional team, with the opportunity to road in the best conditions, dedicating ourselves to training and resting without any additional worry. It’s a tremendous opportunity,” says Szöllosi, the eldest of them all and with whom they all come to agree. “Living such an experience is a dream come true, a reality that will make me a better cyclist,” says Mate Kiss. “Not every day you have the opportunity to live with a group of professionals, a group also very cohesive, living a day under a radiant sun and in an environment where you do not stop crossing with other teams, many of the most important in this sport,” says Meszaros.  “I still can’t believe it, it’s a great opportunity for Hungary and for the cycling of our country”, proclaims Varga.

The Spanish roads are a field of play unknown to everyone, a territory that praises a sense of security with respect to the cars they do not have at home, although the four have had the opportunity to compete, enrolled with their selection, in several Italian trials, especially in stages, but in some cases also a day. As a result of these steps with his national team, some of the Hungarian riders arrived at the stage with a face known in his bag, as was the case of Michele Gazzoli. In a country without the cycling tradition of other nations, Ferenç, Abel, Hunor or Ballint have lived the previous weeks with some uncertainty. “Yes, we knew that a group of riders would travel to this training camp, but I was about to see who they would be. Two weeks ago or so we confirmed it,” says Varga. Butterflies in the stomach waiting to know the identities? The four of us, with a smile, nods. In a country where cycling is not a mass sport, everyone shares their first steps in this sport. And also their dreams for the future. The progression after trying himself in a race and seeing that he was not badly given.

“My idol is Alberto Contador,” says Varga. “That way of running, that way of fighting… I would love to be like Contador”. And his three companions, between relaxed smiles, nod. The future of Hungarian cycling passed through them.