The Trofeo Cabedo returns to the roads and it does so with a tenth edition that presents some novelties both in the order of the races that make up this particular competition, due to its stage format in two different but consecutive weekends, as well as in the design of the days.

The Trofeo Castillo de Onda opens with a route where the Collado de Ayódar pass will be fundamental given its proximity to the finish. On Sunday, the second day, the Memorial Joan Bautista Llorens de Vila-real will be held, a race that has on some occasions counted towards the Spanish Cup in this category. In fact, the main novelty may come with the route of the Memorial, much flatter than in previous editions. In 2022 the Cabedo will not face the Alto de Infanteria, short but really demanding. 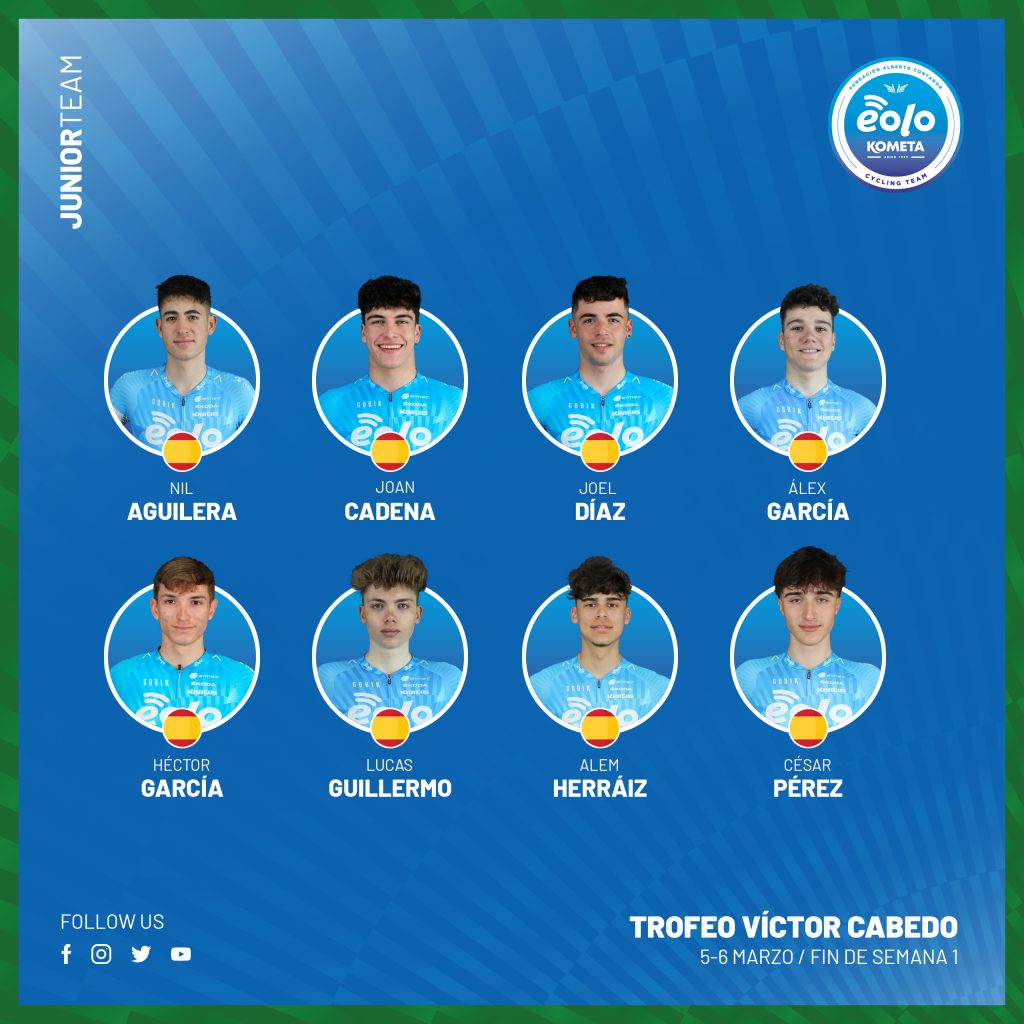 To the first weekend of the Cabedo the team directed by Guillermo Gutiérrez goes with an eight made up of Nil Aguilera, Joan Cadena, Joel Díaz, Álex García, Héctor García, Lucas Guillermo, Alem Herráiz and César Pérez. Aguillera, Cadena, Guillermo and Pérez, who finished seventh, come with a good pedal stroke after their participation in the opening of the Spanish Junior Cup in the Circuito del Guadiana in Extremadura.

The Víctor Cabedo Trophy, the race that remembers the late Euskaltel-Euskadi rider, is a fundamental appointment in the calendar of the junior team of the Foundation, always with the desire of achieving good performances in the routes of Castellón. Since the creation of the race in 2013, the final general classification has maintained a small idyll with the riders of the junior team.