With a time of 07’33”, the U19 team of the Fundación Contador won the overall classification of the traditional team time trial that every year proposes the Trofeo Víctor Cabedo within its two weekends of competition. It was not an easy success, nor was it free of incidents. Five riders crossed the finish line after the fall, without consequences, suffered by Alem Herráiz at a roundabout and in which Pedro García and César Pérez jumped away behind. 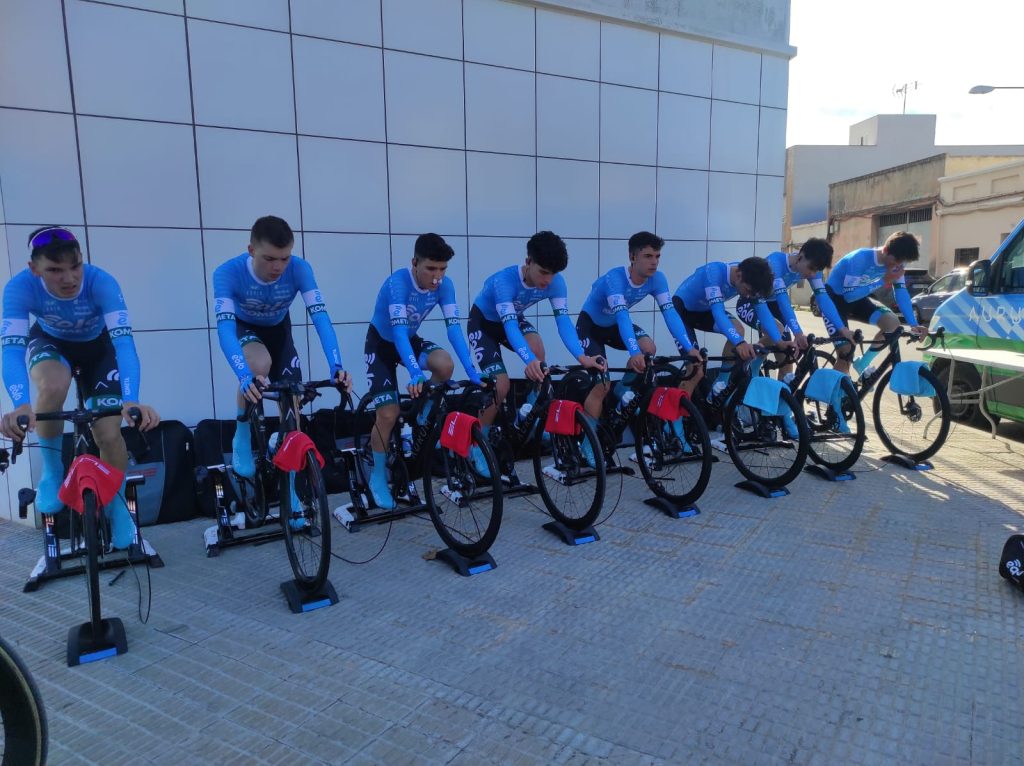 The EOLO-KOMETA Cycling Team, penultimate of the 24 competing squads to take the start, reduced by two seconds the time that kept Team Salchi – Matrix Fitness in front at that moment (7’35”). Drone Hopper -GS Sport-Teika, with 7’39”, set the third best time and the Valencian Pau Martí continues to lead the general classification of the race.

Joel García, the first rider to cross the finish line for Guillermo Gutiérrez’s team, moved up to third place overall, 27 seconds behind Martí. Lucas Guillermo is sixth, 35 seconds behind, and Álex García, seventh, 40 seconds behind. Joan Cadena, meanwhile, continues to lead the secondary classifications of the flying goals and special sprints.

“The team has done things well, it’s working. It was a real pity about Alem’s crash, because he was riding spectacularly. That crash created a little situation that threw us off a bit and we lost our focus for a few moments. Until then the guys were riding very strong”, says director Guilermo Gutiérrez.

This Sunday the Entrada de Toros y Caballos Trophy will be held, with start and finish in Segorbe and a demanding route in the Alto Palancia region. The Puerto de Matet (twice: km 13 and km 78), the Puerto de Torás and the Puerto de Teresa will make the last race of the Trofeo Víctor Cabedo tougher.