Youth cycling has been slow to find its point of return and this has finally arrived at one of the most iconic dates on the European calendar. The Vuelta al Besaya in Cantabria, after overcoming some initial doubts, returns to the roads a month later than its usual dates, yes, but it has also become the great test of the youth panorama of the moment. In 2020, moreover, the mountain event maintains its international character without ignoring the presence of several foreign groups, although it has been reduced from last year’s 32 groups to 24.

An always interesting route to measure the new talents of cycling, in the line of the previous edition. The time trial to Bostronizo will be maintained, with another order also returning to the environment of the Cueva de Altamira and finishing with the demanding stage that crosses the hard hills of Cieza and Brenes. The great novelty of this 2020 will probably come on the first day, when on the route to San Felices de Buelna the cyclists will have to face the Cieza Mountain Pass for the first time in the race. The stop, in a design very similar to the end of the stage of the Tour of Spain in Los Corrales de Buelna in 1999, will be crowned fifteen kilometers from the end. 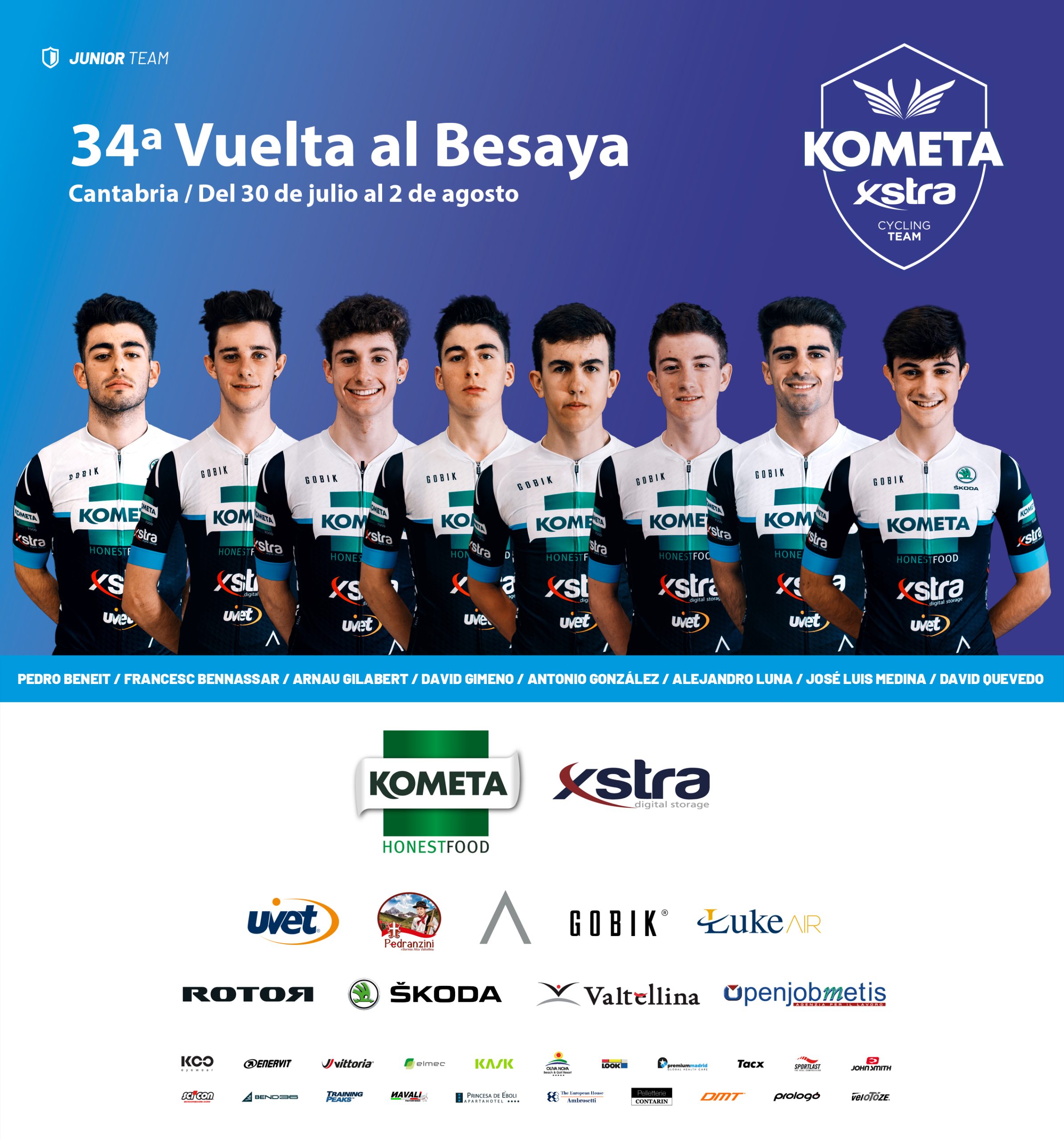 The last two editions of the Vuelta al Besaya have gone to the showcases of the Kometa-Xstra Cycling Team with Álex Martín (2018) and Carlos Rodríguez (2019). José Luis Medina from Cadiz, who was already in the race last year and had to retire the last stage because of a strong blow on his right hip after a fall, is leading a team that is completed by Pedro Beneit from Alicante, Francesc Bennassar from the Balearic Islands, Arnau Gilabert from Catalonia, Antonio González from Soria, Alejandro Luna del Cerro from Madrid and David Gimeno and David Quevedo from Cantabria.

David Gimeno is a good connoisseur of the terrain through which a test is developed that he will discover in his first year as a youth. “It is a hard course, with quite a lot of unevenness. I like it very much. You climb the most mythical passes of the Besaya. The area is a joy for the bike and we have so many options to make vertical distance that despite how close I take some of the ports, some rise had not climbed the whole until a few days ago. For the fact of running at home there is always an extra point of motivation. Watching this race I got in touch with this world and for me it is very special. Also the fact that you know the area well only gives you a clearer picture of what lies ahead. The rest is given by the legs and the head, which is much more important”.

“Since the race was confirmed I’m very focused on the Vuelta al Besaya. I want to run, to meet my team-mates and to wear a bib again. I hope that because of the comebacks that are taking place these days it will finally not be suspended”, said Pedro Beneit.