RH + / Polartec Junior stand up to the powerful Russian Lokosphinx

Tomeu Gelabert confirmed the expectations in the second and final weekend of Cabedo Trophy, where he won the overall after a sustained defense of his leadership, which managed just two seconds ahead, after falling cut by a fall in the last kilometer of the today’s race and that almost cost him the podium. 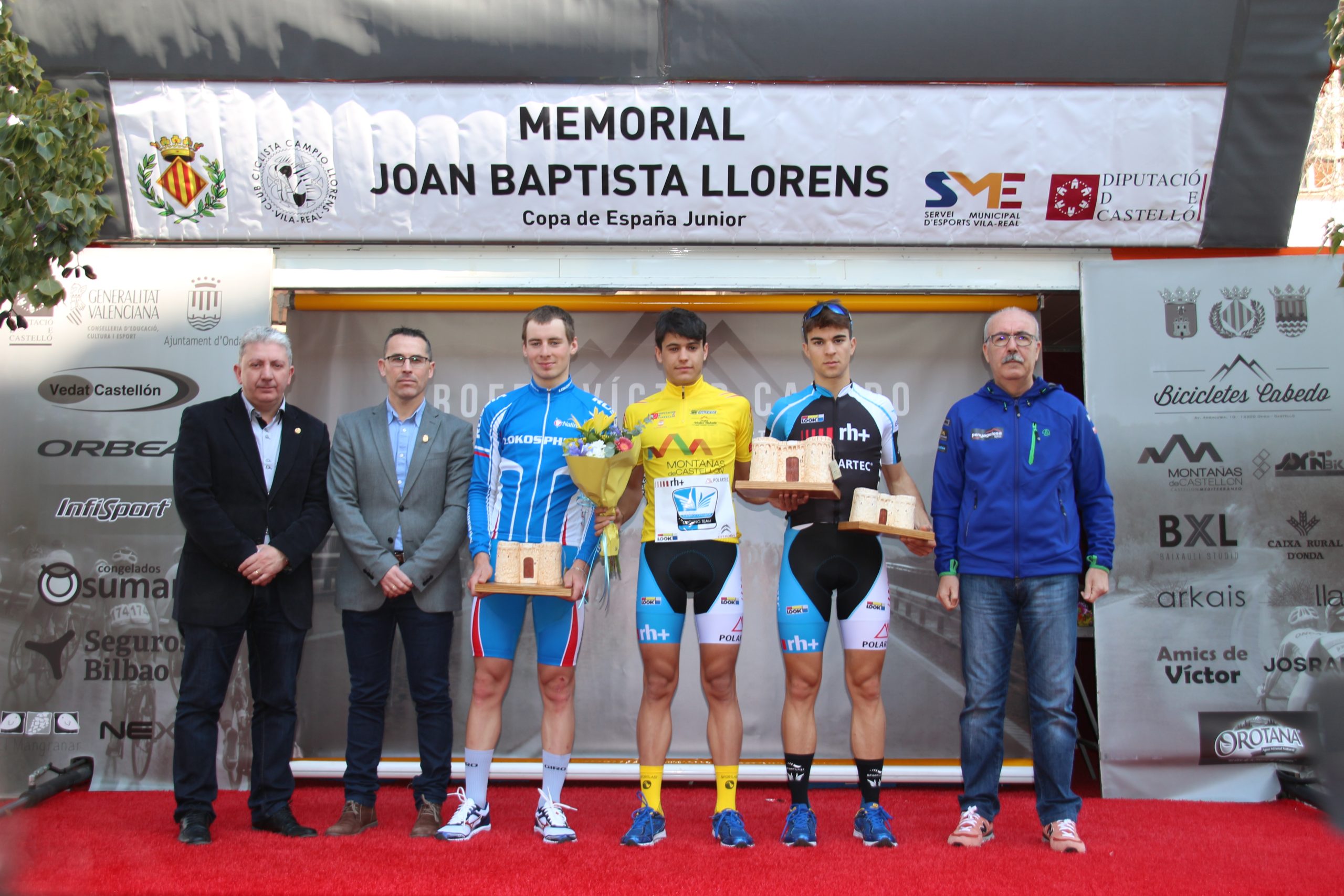 Despite this latest incident and hard struggle by the powerful Lokosphinx of this category, the RH+/Polartec managed to win over the Russian team through the defense done of its lead in the decisive Saturday’s team time trial over 8,5 kilometers.

The Russians, clear favorites, prevailed by 12 seconds, which left reduced to 4 in the general income of Gelabert for the last race today, in Vila Real, first of the Junior Cup of Spain. Memorial Joan Baptista Llorens was played in the two climbs included in its route, where the RH + / Polartec tried to impose its strength in mountain by Gelabert himself with Ropero, Clavijo, Carlos Alvarez and Carlos Garcia, who made the first selection with the idea of weakening the Lokosphinx and select the pack.

In the second climb the strategy was repeated but 2 kilometers from the finish there was the regroupment and just when it seemed all decided in favor of Tomeu Gelabert, a fall in the last kilometer cut the peloton. The leader reacted on time and yielded only 2 seconds of 4 that had, proclaiming final winner. After he, Claudio Clavijo (third) and Daniel Rodriguez (sixth), were classified, while the team also won in the final general.

In the Cup of Spain, the top ranked RH + / Polartec riderd is Marc Brustenga (second), followed by Ropero (fourth) and Clavijo (fifth), and also holds first place in the provisional teams overall. Next week, RH + / Polartec held in France its first international event of the year, the Bernardeau Trophy, of first UCI category.